You don’t need to be extra perspicacious to spot the nine interchanging red and yellow stripes of Catalan pride waving on every street corner in Barcelona, but you do need to pay close attention to catch an occasional Spanish national flag, also red and yellow but sealed with a coat of arms on the left. Here, balcony politics prevails on the streets, dashing the storied architectural achievements with vibrant colors and an intricate layer of bifurcated views on Catalonian independence.

I had been familiar with pro-independence sentiments within Spain since high school. My AP Spanish teacher introduced himself as Basque, euskal herrialdetik, and shook his head whenever we referred to him as Spanish. He had immigrated to the United States in his 20s as a professional player of Jai Alai, a sport that is integral to Basque culture. During class breaks, he would list the distinctions between Basque and Spanish culture and speak of his clandestine Basque language training during childhood, giving me a first glimpse into the complexities of Spanish politics.

In an upper-level Spanish course at Georgetown, I learned that September 11 means something entirely different for the Spanish people than it does for their American counterparts. 11 de Septiembre, the National Day of Catalonia, commemorates the fall of Barcelona in the War of 1714, when the Bourbon King Philip V of Spain defeated the army of Catalonia after 14 months of siege. 1714 was not the first attempt at independence, but it stuck in the minds of Catalan independentists who still see it as an emblem of shame and failure—what could have been and what could still be. By chance, I took the Comparative Political Systems course in fall 2018, during which the Catalonian National Day fell. That year, protestors took to the streets with their disapprobation toward the Spanish Supreme Court’s decision to imprison leaders who organized the 2017 Catalan Independence Referendum a year earlier. The professor, Fr. Matthew Carnes, strode down the stairs in the Reiss classroom with a laser pointer in hand, asking students to identify the significance of the date. Most knew of the 9/11 terrorist attack in the United States, but I was proud of myself for remembering what it meant in Spain from a textbook footnote. As the professor clicked his pointer and showed moments from the protests on the screen, I tried to make out the individual faces from the sea of people, wondering if one day I could ever be there and learn their stories.

This spring, before COVID-19 disrupted our lives, I spent two months mingling among Barcelonians, learning things I never did from classes afar.

The biggest surprise was when I learned about the extent to which anti-independence voices are played down in foreign (non-Spanish) news reports I had read. I observed a striking misalignment between the outcry of national sentiments expressed by slogans on the streets and the proportion of people I spoke with who opposed independence. The path I took daily from my apartment to the train station was filled with chants written in Catalan calling for freedom, but none of the classmates and workers I spoke to rejoiced at the mention of separation. While it is certainly possible that those that I did speak with happened to not favor independence, my classmates nevertheless represent the socioeconomic group that was supposedly the most stalwart champions for independence, since theoretically they’d have the most to gain once rid of the tax burdens from Madrid. A Catalan friend illuminated my bewilderment with a possible explanation, noting that fear of losing economic benefits as a European Union member motivates many middle-class households to prefer the status quo. Another heated point of contention between the two factions involves the difference in Spanish and Catalan cultures and the alleged suppression of Catalan culture by Spanish culture; while few denied distinctions between them, many I spoke with mentioned inseverable family ties outside Catalonia. Since the Industrial Revolution, resource-rich Barcelona has attracted migrant workers from all over Spain, and thus many Catalans trace their roots to other parts of Spain. Given the emphasis Spanish people place on family cohesion, the concept of becoming a citizen of another country is unacceptable and inconceivable for a Catalan with an overt Castilian last name and grandparents still in Andalusia (southern Spain). For many that see themselves as fully Catalan and fully Spanish, being told that one day they are no longer Spanish is as much of an encroachment as the other way around.

If many Catalonians want to remain part of Spain, why are their voices muffled? The silence is partially attributable to fear. Proudly displaying a Spanish national flag on their balcony in lieu of a Catalan one, as some have attempted, may invite a defaced wall or far worse consequences. Though most independentists are peaceful, the small portion of violent independentists constitute enough reason for caution. As a result, the “stay” voices remain muffled and flagless. Meanwhile, the independentists’ skills in organization and employment of symbols like 1714 render their demands much louder in media representation. For these reasons, my politics professor explained that the low voter turnout rate in 2017 was fully within the comprehension of most Catalans, though it might have come as a surprise to an international audience.

My pre-study abroad conception of this issue entailed two poles on opposite ends, that of the Madrid government and an independentist Catalonia in solidarity. But scratching beneath the surface, there are complicated politics interspersed with emotions within both factions. While it may seem logical to assume that popular sentiments in a democratic society such as Barcelona can be easily detected, relying on poll results and less than scrupulous fieldwork will lead to specious conclusions. With that in mind, the issue of Catalan independence transcends the mere quarrel between Madrid and Barcelona and ultimately reflects the pluralistic identities and complex socioeconomic realities in the Catalan region. As I pursue the European studies certificate here at Georgetown, I hope to build upon observations from these two immersive months and yield a more nuanced and thorough interpretation. 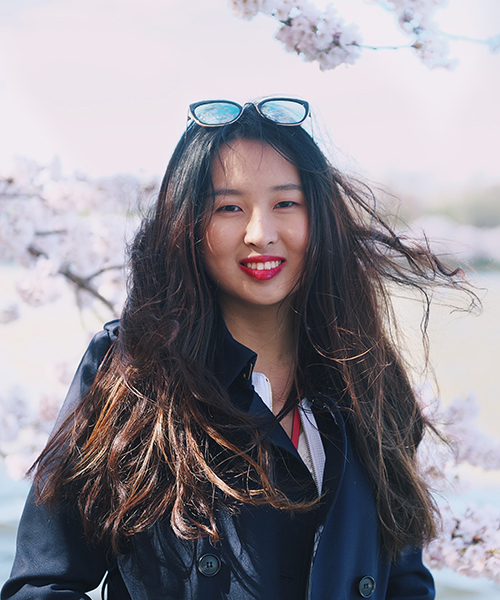 Amber (Huaan) Liao (SFS'21) graduated from the School of Foreign Service in 2021 with a major in global business. Amber spent the spring 2020 semester in Barcelona, Spain, where she attended ESADE Business School, visited many sacred religious sites (like Montserrat) and participated in the Junior Year Abroad Network.