Identity and Memory in the Rif

Two mountains rise up from the shores of the Mediterranean near the Moroccan cities of Nador and Al Hoceima. Their significance lies not in their height, but in their message. Painted in white at the mountains’ peaks are three words—Allah, al-Malik, al-Watan (God, King, and Nation). Allah, al-Malik, al-Watan represent Islam, the monarchy, and Western Sahara, Morocco’s three “red lines.” The red lines manifest themselves in the conflagration of Moroccan nationality with religion, in the refusal to recognize street demonstrations as protests, and in the removal of all mentions of territorial conflicts with Mauritania and Algeria from textbooks. Truth here lies in excluded topics and unspoken words.

Nowhere is this sentiment more apparent than in the Rif. Arabic for “countryside,” the Rif is located in the north of Morocco. Its mountains and sprawling valleys present a wholly different landscape than my normal surroundings in Rabat. My program, focused on migration in Morocco, is based in the capital’s old medina. Roads are narrow yet seem to always have space for one more vegetable stall, children’s football game, and café. Families have lived in the medina for generations, and an outing is not complete without meeting at least one friend of my host family and arranging to have tea together.

When I told my host family that my program was traveling to the Rif, they looked at me like I was crazy. My host mom convinced herself that I was mistaken and was actually going to Tangier or Chefchaouen, popular tourist destinations to the west of the Rif. Besides a flag, the Rif has little in common with the rest of Morocco. Spanish and Tarafit, an Amazigh dialect, are spoken in the Rif, while French and Darija are most common in other parts of the country. Even more than a difference in language, however, is a tremendous divergence in the two regions’ histories.

The Rif achieved short-lived independence from the Spanish in the 1920s under the leadership of Mohammed Ibn Abd al-Karim al-Khattabi, a Rifian military leader whose name has been all but erased from memories outside the region’s borders. The Republic fell to combined French and Spanish forces that used mustard gas against the Rifian people to secure their victory. According to the guide who showed us around al-Khattabi’s property, the Rif has the highest percentage of individuals with cancer in Morocco. Numerous studies have connected the rate of cancer with the use of mustard gas in the 1920s, but the government refuses to endorse these results, likely in fear of endangering its relationship with Spain.

The worst came in 1958, two years after Morocco gained independence from France. The power struggle that ensued after independence spurred discrimination against the Rif and catalyzed a number of rebellions in the Rif against the monarchy. King Mohammed V ordered his forces into the region. The forces used napalm to burn the villages and the people that stood in their way. They imprisoned the men that fought against them. They raped hundreds and hundreds of women and children.

No one will speak of this history. The only information I could find on the Rif before I left for Nador was limited to a racist, 40-year-old ethnography of an Amazigh tribe in the region. There are next to no online resources about the war. Schools do not include the atrocities committed in 1958 to 1959 in any curricula. Worst of all, there has been no government apology or even acknowledgement of the events. While I was in Al Hoceima, I asked many people I met if they identified as Rifian or as Moroccan. A woman I met at a local cooperative shrugged and said, “I am Rifian. How could I be Moroccan after what they did?”

During a visit to RODPAL, the umbrella organization that works with nonprofits in Al Hoceima, our program watched Rif 58-59: Breaking the Silence. Funded by the Moroccan National Human Rights Council and the European Union and directed by Tarik el-Idrissi, the documentary consists of interviews with those who lived through 1958 and 1959 in the Rif. It begins and ends with footage of a man sitting in his living room in Amsterdam. His family, like so many others, was driven out of the Rif. His sentiments express bitterness at having his identity torn away from him. As he held up pictures of Morocco that he shows his children, he explained that “the greatest crime is not that they threw you in prison, but that they uprooted you." 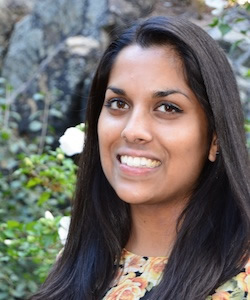 Anashua Dutta graduated from the Edmund A. Walsh School of Foreign Service in May 2017 after studying international politics with a concentration in international law. During the fall 2015 semester, she studied abroad in Rabat, Morocco, where she researched the human rights abuses of migrants at the Morocco-Spain border and blogged for the Junior Year Abroad Network.