Implications of COVID-19 on Ethno-Religious Tensions in Sri Lanka

The COVID-19 pandemic has wide ramifications for Sri Lanka, beyond health and economic constraints. It has fueled simmering ethno-religious tensions, making it clear that the country’s reconciliation process is far from complete. How have ethno-religious tensions come to the fore during the pandemic and what are the implications for the reconciliation process and for the roles of religious communities in addressing it?

Ethnic tensions have risen in recent years in Sri Lanka. Three key junctures represent new features. First came clashes between Sinhala Buddhist and Muslim communities in the south of the island in 2014. These tensions bolstered hardline Sinhala Buddhist groups such as Bodu Bala Sena (BBS) that gained influence, and fermented an anti-Muslim rhetoric that appealed to some among the Sinhala ethnic group, which is the country’s largest. Violence erupted in 2018 in Digana, central Sri Lanka, making it clear that the path to reconciliation would be difficult. It also highlighted the deleterious impact of disinformation and hate speech carried through social media networks. Then the Easter Sunday attack in 2019, carried out by radicalized followers of the Islamic State, deepened antipathy among some Sinhala groups towards Muslims. It reinforced the rhetoric that Sinhala hardliners propagated that Muslims are a threat to Sinhala nationalism.

These events underscored that Sri Lanka’s peacebuilding agenda has made limited progress. After a lapse of six years, with the presidential election in 2015, there was a renewed space for peacebuilding. The UN Human Rights Council (UNHRC) Resolution 30/1 (which was co-sponsored by the government) was followed by the Peacebuilding Priority Plan (PPP). The PPP is envisaged as the framework for a coordinated response by the government, UN, and development partners. Its four pillars are: transitional justice, reconciliation, good governance, and resettlement and durable solutions. The transitional justice pillar focuses on the design and the operationalization of truth-seeking, justice, and reparations mechanisms. Only the Office on Missing Persons and the Office for Reparations have been established to date. The mandates of these mechanisms are not limited to the impact of the armed conflict and seek to contribute towards building sustainable peace in the country. Slow progress in setting up the legislative framework for the mechanisms was highlighted in the 2018 UNHRC report on Sri Lanka alongside concerns about the absence of concrete results on implementation. Compounded by wavering political will in the peacebuilding agenda, Sri Lanka’s path to reconciliation was plainly far from the optimistic trajectory that both Sri Lanka and the international community had hoped to achieve in early 2015.

In late 2019, Gotabhaya Rajapaksa was elected president. Having served as defense secretary under the presidency of his brother, Mahinda Rajapaksa, Gotabhaya Rajapaksa came to power backed by the support of predominately Sinhala voters. The election results reflected divisions as predominantly Tamil areas in the north and the east did not vote for another Rajapaksa regime. The newly elected Rajapaksa government withdrew from the UNHRC resolution co-sponsored by the previous government, causing a national and international outcry. The rationale was that “the previous government in January 2015 jettisoned this home-grown reconciliation process which was bearing fruit.” The current government’s commitment to addressing issues of truth and justice (legacies of armed conflict) was put into question by President Rajapaksa’s statement that “missing persons are actually dead.”

It is against this backdrop that Sri Lanka faces the COVID-19 pandemic. The government imposed swift lockdown measures and established quarantine centers to ensure that community spreading of the virus is controlled. As a part of the support provided by the World Bank, Sri Lanka receives US$128.6 million to prevent the spread of COVID-19 and strengthen systems for public health preparedness. The economy, however, has been hit hard by the lockdown. People relying on daily wages, factory workers, and the informal sector face severe financial challenges. Remittance income is dropping sharply.

Ethno-Religious Discourse in a Global Pandemic

Ethno-religious divisions are evident on social media and electronic media news reporting, which propagate an anti-Muslim discourse portraying the ethnic minority community as irresponsible in its conduct in the pandemic as well as allegations of organized spreading of the virus. A group of Muslim organizations have urged the Sri Lanka Police to carry out an immediate investigation “on the continued hate mongering against the Muslim community.” In their letter to the acting inspector general of police, the organizations refer to social media content that instigates religious hatred and call on the police to take urgent action to control the spread of fake news.

In reporting new infections, popular electronic media saw the opportunity to sensationalize the spread of the virus and appeal to ethnic divides by highlighting the racial profile of infected individuals. The practice was curtailed through guidelines by the Ministry of Health (MOH) prohibiting the use of individual information on infected individuals in reporting, including their ethnicity. But social media posts criticized several mosques that were operating despite lockdown measures. The All Ceylon Jamiyathul Ulma association made an announcement requesting followers to carry out daily prayers obeying curfew measures in place and obeying the rule of law.

MOH guidelines on final rites have been inconsistent with WHO guidelines, leading to debates where rights to religious practice are pitted against public health regulations. While WHO made clear that both cremation and burial were safe and acceptable final rites for victims of COVID-19, the Ministry of Health referred only to cremation in its guidelines. The issue attracted both local and international attention. This controversial policy was identified as discriminatory in depriving Muslims of a basic religious right. On April 8, UN special rapporteurs (including those focusing on freedom of religion or belief, minority issues, and human rights and fundamental freedoms while countering terrorism) expressed concern about the regulations and urged the government to carry out policies which are not discriminatory against religious beliefs. This highlighted that the MOH policy is not only inconsistent with WHO guidelines but also stands in marked contrast to Articles 18 and 27 of the International Covenant on Civil and Political Rights protecting an individual’s right to freedom of thought, conscience, and religion, as well as the cultural rights of minorities. The policy was cited as a blatant disregard for the dignity of the dead, their cultural and religious rights, and the impact on families. In a letter to President Rajapaksa, the Muslim Council of Sri Lanka requested for the president to allow burials. The letter requests a review of the MOH guidelines to ensure that they conform with the WHO guidelines adopted by more than 182 countries.

Anti-Muslim sentiments were further aggravated with the one-year commemoration of Easter Sunday attacks on April 21 that fell while these guidelines were taking effect. It appears to have fortified anti-Muslim sentiments and portrayed the Muslim community as a common enemy. A joint statement by prominent activists and civil society organizations stressed that the regulation of final rites should not be “perceived as punitive measures against such perceived irresponsibility by infected persons.” It reiterates the government’s responsibility to ensure that public health regulations do not lead to the marginalization of a minority community that is already the subject of hostility.

Way Forward in the Pandemic and Beyond

The effects of events around the COVID-19 crisis on ethno-religious tensions in Sri Lanka deserve attention both in the short and long-term. A collaborative effort of the government, civil society, and religious communities is needed.

The policy implications of sensitive cultural practices need to be recognized. Government regulations that are perceived as enabling ethnic discrimination can deepen existing divides and make the path towards reconciliation more challenging. Equally important are stringent regulations on electronic and as well as social media on disinformation, misinformation, and hate speech. Hate speech and misinformation have been at the root of many recent ethno-religious tensions. Effective and prompt regulation to curtail such effects is needed. 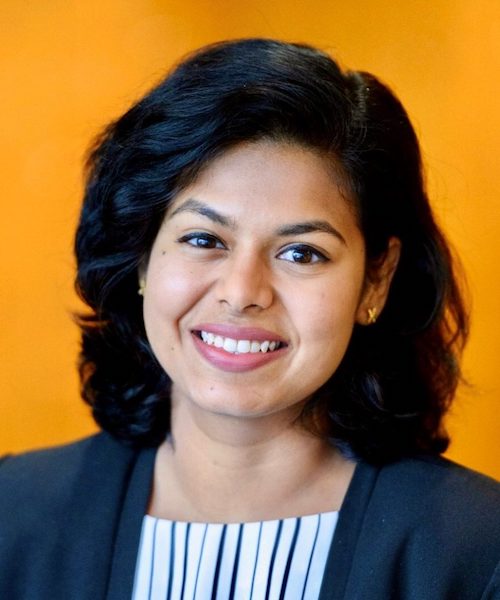 Thamesha Tennakoon (MSFS'20) obtained a master's degree from Georgetown's Master of Science in Foreign Service program where she concentrated in international development. At the Berkley Center, Thamesha worked as a spring 2020 Global Refugee and Migration Fellow under the direction of Senior Fellow Katherine Marshall, researching religious dimensions of the global refugee and migration crisis.