In the Middle of Cross-Cultural Conflict 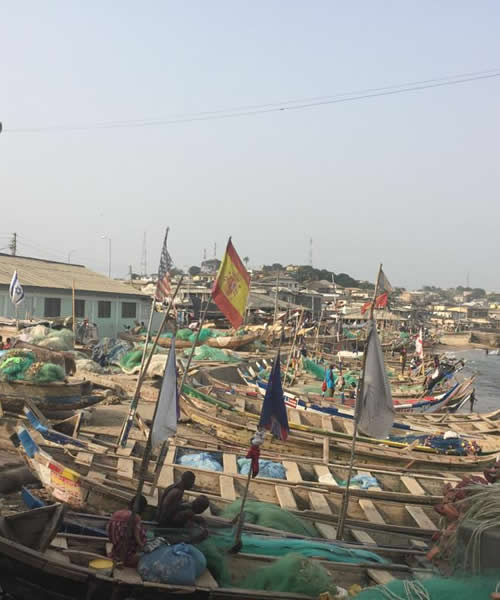 Many of my political science classes at the University of Ghana include analyses of Ghana’s interactions with the United States. I’ve found these discussions fascinating, although they at times prompt disappointment and anger on my part. Unsurprisingly, when U.S. government officials or members of the media interact with ideas and practices from Ghana, there is a pervasive lack of understanding and unwillingness to explore complex social realities. As a consumer of U.S. news, it seems to me that many stories treat Africa as a homogeneous place where all countries face the same problems and are at the same levels of development, democracy, and stability. This, of course, is untrue. Since arriving in Ghana, I’ve been much more attuned to how the United States treats Ghana and the African continent in news and foreign policy.

Recently, my Human Rights in Africa professor drew my attention to an interaction between American media and Ghanaian citizens, journalists, and leaders. At the end of February, CNN released a documentary called Troubled Waters. The documentary provided evidence to support the claim that 20,000 children work as slaves in the Ghanaian fishing industry. According to CNN, traffickers purchase children for the equivalent of 250 U.S. dollars, the local price of a cow. Many Ghanaians are challenging the claims made in the documentary, arguing that the children are not slaves, but rather part of a common cultural practice. In Ghana, some families will send their oldest children to become apprentices in various industries.

An opinion piece authored by Betty Mensah, a member of Ghana’s Parliament, and Professor Samuel Okyere asserted that “the allegations of child trafficking and child slavery, which are mostly made by Western-based or funded journalists and NGOs with the help of local affiliates, reflect a limited understanding of the lived realities on islands and communities along the lake.” Fishing is a part of local culture; children are taught proper fishing techniques as soon as they are old enough to participate. Life revolves around the lake, the main source of employment and connection to islands in the area. Children and adults alike travel on the water constantly. Mensah and Okyere claim that the children in question are completing apprenticeships, not being subjected to slavery.

In my class, we asked: Should child labor in the fishing industry be considered modern-day slavery? Or did CNN misunderstand the situation and mistake a cultural practice for child slavery? A few of my classmates wrote statements and said I could share them. My classmate Michelle said she was torn. After all, CNN completed extensive research and widely surveyed the local areas; their information must be accurate. However, Michelle said that the rebuttal by many Ghanaians was logical. She said, “In our traditions, children help out with the family business. If my family owns a cocoa farm and I go help out after school and a group of white people come meet me tilling the land, they might misinterpret what’s going on.” Zahk, another classmate, argued that the rebuttal by the Ghanaian government and scholars was “less plausible.” He appreciates the culture and traditions of his country, but thinks that the argument that the children featured in Troubled Waters were part of a positive cultural practice is “at best, weak and bogus.” He stated that the human rights of children are being violated; they are forced to perform dangerous labor and denied access to an education.

I have been thinking deeply about the definition of human rights and who is given the power to create it. Human rights have largely been considered a Western phenomenon whereby Western, primarily white nations impose their beliefs upon the world. I absolutely believe there is a universal standard for human rights, but I also believe that culture should be respected. I am struggling to try to determine where the line falls between the two. My discussions about human rights have given me insight into the sometimes unseen, sometimes ignored nuances regarding human rights, culture, and international hierarchy. Does CNN have the full picture? I would argue no, but firmly maintain that all global citizens must strictly adhere to a universal standard of human rights. This interaction between American media and Ghana has made me consider what my home country may be missing from their place at the forefront of the world stage.