The persecution of Taghlibi Jamaat members amid the rise of the “CoronaJihad” hashtag on social media showcased how India’s religious harmony hung by a knife's edge at the height of the nation's COVID-19 crisis. The missionary organization held a large gathering in Delhi upon approval by the authorities in mid-March 2020. A few weeks later, it was discovered that the gathering had led to the spread of COVID-19 among its members, which later swept through many Indian states. While it was a cluster, the proportion of infections within the community to those across the country was miniscule. However, virus testing across India became disproportionately targeted to Taghibli Jamaat members, and results were being used by Bharatiya Janata Party (BJP) spokespeople to uphold a narrative the Muslims were planning to infect millions as part of a “Talibani crime,” and that the individuals carrying the virus were “human bombs.”

Religion is a key part of Indian society, a significant aspect of India’s diversity. While conflict among religious groups, primarily between Muslims and Hindus, has occurred throughout history, people of all faiths generally live in harmony. According to a Pew Research Center report, 91% of people are very free to practice their religion, and 80% say that respecting other religions is important to their own religious identity. Despite these claims of harmony, however, other markers show that many are still segregated—for instance, 45% of Hindus would not want a neighbor of a different faith. People are content to live together, but separately. Thus, interfaith relations are easily susceptible to inflammation.

Throughout history, crises such as the COVID-19 pandemic have increased government authoritarianism while increasing social discord. Since claiming a single-party majority in India’s lower house, President Narendra Modi has weaponized religion to consolidate his power. Many educational textbooks in states such as Rajasthan have been modified to remove aspects of Muslim history and their significance in Indian history. The ideology behind such policies is collectively called Hindutva—designating India as a sole Hindu state. Hindutva has no relation in origin to the values of Hinduism, similar to how many extremist Islamist groups completely ignore core Islamic values. Over the years, the BJP has extended its political influence by implementing a grassroots approach to community outreach. First, they began utilizing social media as a tool to bring people to their cause and spread the word about the party’s actions. Second, the deployment of local BJP officials to communities across the country has increased the presence of the BJP nationwide, making them a “people's party.”

The consequence of abandoning secular politics, however, is that not everyone in a democratic nation adheres to the law of a single, nationalistic religious party. Nor in the face of a humanitarian crisis, such as the coronavirus pandemic, can religious policy ensure the most scientifically sound, public health-minded crisis solutions. This was particularly evident with the outbreak of India’s second wave, exemplified by the Kumbh Mela festival, which took place in the city of Haridwar from April 1 to April 27, 2021. Despite cases multiplying across the nation, no government official made a strong effort to discourage devotees and local governmental leaders from participating in the bathing of thousands of people in the river Ganga. COVID-19 is a virus which is particularly transmissible in close contact environments, and a gathering where thousands of people swim in close proximity, in addition to the near 9 million people traveling in and out of Haridwar during the event, became the epicenter for an explosion of coronavirus cases and deaths over the following two months.

Consequently, many scientists believe that the government prioritized politics over science, and as a result, the government's response to the COVID-19 crisis was far from adequate. Investigations into COVID-19 infections in particular neighborhoods have repeatedly been silenced by the governmental science agency, effectively being censored for better PR. Many government-issued studies were not even published by licensed researchers. Meanwhile, BJP ministers told their devout followers that drinking cow urine can cure coronavirus, which is simply a case of politicians taking advantage of the importance of Hindu faith to Indian people, using it for damage control to recoup their own botched pandemic response. It is a clear indicator of authoritarianism when any criticism by the scientific community—and others who do not wish to follow the government’s beliefs—is silenced by the dogma and radical actions of a powerful political party.

The pandemic showed that a concerning rise in Hindu nationalism indeed correlates to increased interreligious tension and violence, particularly during times of crisis. During the pandemic, Modi implemented a lockdown on Muslim and migrant communities without any advance planning, which left millions of migrant workers stranded without jobs or transportation to return to their home villages. This also disproportionately affected Muslim workers and those from lower castes, exemplified by the Taghibili Jamaat controversy. The use of the Jamaat as a scapegoat soon became a topic of national discussion; Muslim-owned shops and businesses were boycotted, and there were a number of attacks against Muslims in areas where BJP members of parliament had denounced Muslims as terrorists. There was a clear distinction between the treatment of Hindus and members of religious minorities during the pandemic, and critics of the Indian government believe that this was due to the BJP trying to distance their bad policymaking from the pandemic at large, manipulating existing tensions between faith groups to the government’s advantage.

The social tension and conflict was also brought online. A study by six members of the Indian Institute of Technology (IIIT) investigated the sentiment toward Muslims on social media sites by examining almost half a million tweets. They soon established that there was a growing association between mentions of words associated with the Islamic faith and those associated with COVID-19. They also found that there were significantly more negative tweets associated with Islam rather than positive ones, particularly regarding Muslims attacking health workers or the Tablighi congregation.

Prior to the arrival of COVID-19, there were indeed signs that religious tensions could still be mended and the ultimate shift toward authoritarianism could be averted. Some academics, such as Rajeev Bhargava of the Centre for the Study of Developing Societies in Delhi, believe that India is too large of a democracy for a sole Hindu state to exist, and its history of having a diverse population and governance is too rich to be ignored. As much as there has been a setback in the state level of religious harmony, at a societal level harmony could still be maintained through dialogue and conversation.

Modi and his administration have also felt the effects of COVID-19. After the devastating second coronavirus wave subsided in May 2021, the BJP’s approval ratings were at their lowest, and Modi himself also suffered from historically low ratings in Indian national polls. Much of this anti-BJP sentiment can be attributed to young, liberal students and adults, the very group that the BJP tries to silence through censorship and religious propaganda. Additionally, the reemergence of social inequality will be heightened by the BJP’s stubborn insistence to maintain social division. As a result, many individuals from lower castes could flock toward a social group which opposes the BJP, and toward an ideology that promotes more social equality, socioeconomically and religiously.

The eventual return to normalcy, whether society learns to live with COVID-19 or not, will undoubtedly provide a reckoning for Indian society and religious relations. India could emerge as a nation that is illiberal and theocratic, or one that is secular and more consistent with the diverse, inclusive democracy that it has upheld since independence. 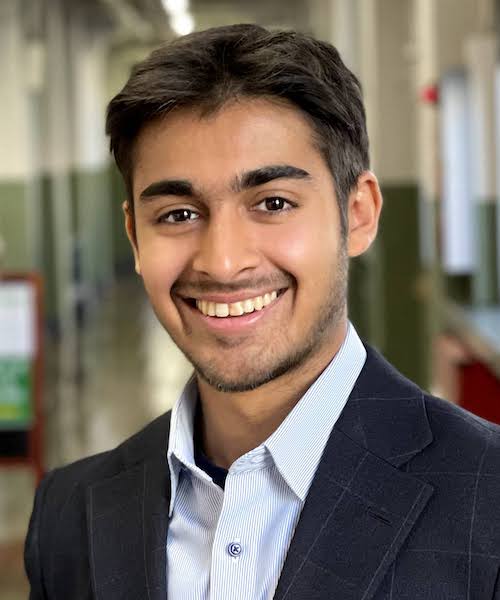 Daanyal Ebrahim (SFS’25) is an undergraduate student in the School of Foreign Service at Georgetown University. Daanyal is ethnically Indian and originally from Hong Kong. He is interested in studying either international history or international politics. Prior to attending Georgetown, he took a gap year working in Hong Kong and Fukuoka, Japan. He loves to travel and eat different cuisines, and enjoys cooking, listening to music, reading, and exploring the outdoors. He was part of the fall 2021 cohort of the Doyle Global Dialogue.