Islam and Catholicism: The Unofficial Official Religions of Turkey and Poland 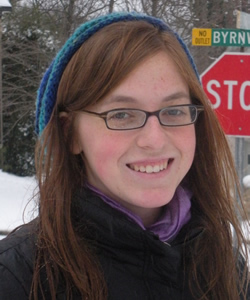 I had a few weeks off between the end of my classes and the beginning of my exams here in Poland, so I got to go on vacation with my mom in Turkey. Part of the reason we chose Turkey was because I was getting tired of visiting European cities—a terrible problem to have, I know. But after a certain number of cities, I was not interested in looking at another Renaissance town hall or Gothic cathedral. I was reading for a change in Istanbul, and part of that change was getting to visit mosques instead of churches.

The mosques I visited were indeed beautiful and different (in mosques it is forbidden to have any representations of people, so they are decorated with abstract or floral motifs), but what struck me the most on my visit to Turkey was the place of religion in society. Turkey and Poland both have huge religious majorities of Muslims and Catholics, 99.8 percent and 89.8 percent of the population according to the CIA World Factbook respectively, but each country is also a state without an official religion. Both are aiming for the separation of church and state but struggling to achieve this.

For example, in government schools in both countries religious education is part of the curriculum. In Poland, religious classes teach Catholic doctrine. The classes are optional, but one of my professors who studies social issues in Poland explained that the social pressure, especially in rural Poland, means that the classes are much less optional than they are made out to be. Our tour guide in Turkey told a similar story. There, religion classes are mandatory in schools and teach the tenets of Sunni Islam. The Ministry of Religious Affairs, a branch of the central government that is at least officially autonomous, oversees religious education as well as all of the mosques and imams in the country.

To someone coming from the United States, compelling children to study the doctrine of one specific religious sect at school does not seem compatible with the idea of a secular country or the separation of church and state. That is not to say that separation of church and state is perfect in the United States. On the contrary, debates about the wording of the pledge of allegiance, the permissibility of elementary school choirs singing Christmas songs at holiday concerts, and the teaching of evolution indicates that the line between the state and religion is constantly being negotiated in the United States as well.

In Turkey, the contradiction in living in a secular state where religious education is required in schools has been recognized by the government and explained. In an article in an issue of Turkish Review from 2010 by Levent Koker, the statement from the Turkish National Security Council about the role of religious education is reprinted: “In fact, compulsory religious education in schools is compatible with secularist principles. In this matter Ataturk stated, 'Religion must be taken out from the hands of ignorant people, and the control should be given to the appropriate people.'” Anyone who as ever visited Turkey will be familiar with the national hero, Ataturk, who created the current secular republic after the defeat of the Ottoman Empire in World War I. Every school has a statue of Ataturk outside, he peers down from photographs on restaurant walls, and our tour guide told us that most Turks still cry on the anniversary of his death every year.

The current government, made up of the conservative Justice and Development Party, would rather see a more religious, a more Islamic, Turkey; they are not so enamored with Ataturk and his policies. While the general trend in Poland is movement towards social liberalism (albeit slowly), in Turkey the trend is towards conservatism. Our tour guide told us she has seen a dramatic increase in the number of women wearing headscarves and the long coats typical of conservative Muslims in Istanbul, a traditional bastion of liberalism, in the last five years. This is the segment of the population keeping the Justice and Development Party in power, but the government still has to contend with their critics who support a more secular Turkey. The National Security Council’s appeal to Ataturk seems like their attempt to have their cake and eat it too—both to have the support of the secular and religious parts of Turkish society and have a “secular” state that where Islam is officially sponsored. It seems like some pretty serious magical thinking, but no countries has all the answers when it comes to the question of the relationship between church and state.