Japanese Sexism and the Ideal Woman

At least twice a week, I hear sexist comments from Japanese professors. Sometimes they will be expressing their shock at the fact that women did well on the test; other times they will express their gratitude that they had male children.

Of course, it is not just professors who have this mentality. Confucian values have created a hierarchy and reinforced the patriarchal structures, but slowly Japanese feminism is starting to change the current system.

Despite the fact that Japan needs working women for their economy, women are urged by their families to quit their jobs after getting married. Though the number of two income households is increasing, there is still a societal pressure for the man to be the breadwinner and for the woman to stay at home or at most work a part-time job.

Additionally, it becomes even harder for married women with children to have jobs. Childcare is in high demand in Japan, and since there are not enough early childcare areas, mothers are often forced to stay home and take care of their young children. Though this is not the reason that they leave the workforce, it does prolong the amount of time that they are out of employment.

The ideal woman in Japan has largely been fantasized as a Yamato Nadeshiko. The media in Japan shows a dichotomy of what this ideal is. On one hand it is the loving housewife who takes care of the children and does the housework, but on the opposite hand it is the beautiful, smart, youthful girl.

Even beyond this rather pure image of what the ideal woman is, Japan has a history of sexualizing young girls in the media. Though not unique to Japan, young girls are objectified in idol groups like AKB48 and forced to compete against each other for spots in the group. Such groups are shown all over the country as idols for young girls to look up to.

Among the regular population, though, the pattern of hyper-sexualization still occurs. In popular youth districts in Tokyo like Akihabara, maid cafés have rose in popularity. Waitresses in these cafes often wear French maid uniforms and can act in a subservient way to the customers, who are usually male.

Objectification of women, though, does not exist only in the maid cafes. Though this is being changed, Japan has had a problem with perverts on the subway system. Once again, though not solely a Japanese problem, the reporting of these incidents are underrepresented because the victims are taught to be quiet and just go along with it. To combat this, Japan has instituted "Women Only" subway cars to be used during rush hours in the morning commute, but the actual problem of sexism still persists.

Similarly, there are other incidents in the recent past, like the indictment of SuperFree, a rave organization in Tokyo that grew to prominence in the 1980s and 1990s. Only a few years ago was one of the leaders tried in a Japanese court for the rape of three women, though the actual number of victims was estimated to be dozens. The governmental response to this high profile case was controversial in that several governmental officials made comments that blamed the victims. Despite the charges held against this man and the wide media coverage of the event, this too had a similar effect as the subway cars. Though it temporarily solved a problem, it did not change the larger society of which these actions are reflective.

Though these are some of the more extreme examples of the sexist patriarchal system that exists in Japan, Prime Minister Abe’s policies are trying to rectify it. Alongside US Ambassador Caroline Kennedy and many businesses, Prime Minister Abe is trying to encourage an increase in working women. Some quiet feminist movements in academia and in the larger metropolitan areas are trying to change the “ideal woman” stereotype. It is with these advocacies that there is hope for more gender equality in Japan. 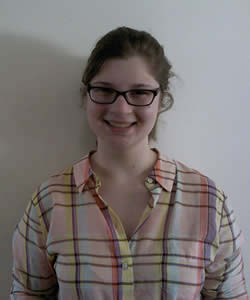