Jury Duty in Rwanda: A New Perspective of Justice 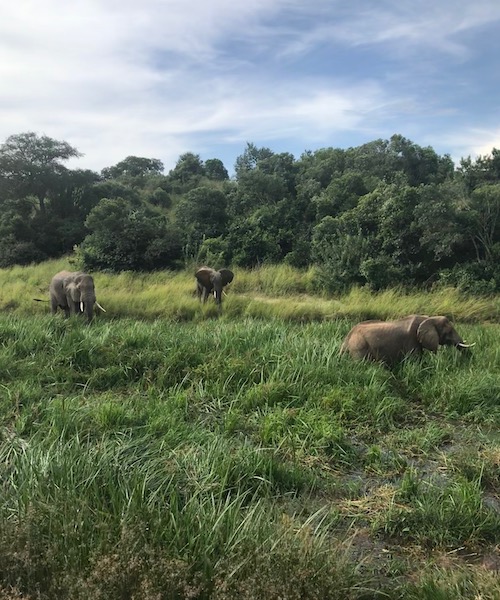 Jury duty means something different in Rwanda. I learned that during a Saturday morning neighborhood meeting—a monthly town hall of sorts where local government representatives discuss and respond to various issues from community members. I stood outside in a semi-circle alongside my host family and a group of their neighbors next to a large communal garden, marking the neighborhood center. A young woman, the neighborhood’s elected representative, stood in the center making announcements. Part-way through the meeting, two young men approached us from a side street, one of them securing the other’s hands behind his back. The neighborhood official, speaking Kinyarwanda, asked what was going on and my host mother translated their response: One man had caught a thief trying to steal bricks from a neighborhood construction site. I asked my host mom if they were going to report him to the police and she said no, that instead the neighborhood would determine his fate.

The thief was brought to the center of the semi-circle as the man holding him recounted the crime that he had witnessed just a few moments ago. Without any formal order, the younger residents retreated back while the elders in the group stepped forward. I followed my host mom to the back and listened as she translated what I was observing. The elders questioned the man, who confessed and claimed that this was his first offense. One of the elder women turned to the group and asked if anyone had witnessed him committing a crime before, to which everyone shook their head. The man was given chance to speak, during which asked for mercy, swearing he would never do such a thing again. He told the group that he was planning to sell the stolen bricks in order to buy food for his son. The thief was escorted to the side as the group of elders privately convened. They emerged a few moments later, and one elder woman announced to the community that they had voted to sentence this man to acts of neighborhood service, instead of sending him to the police. She also told the thief to send his son to her home for a meal later that day.

At home, I asked my host mom why they didn’t just report him to the authorities, and she responded by saying that such a decision would not have yielded the most justice. The elders had instead agreed that compensating the community through service would be of greater value. She also mentioned that the thief’s son was the one suffering most and that his suffering would only increase if his father was sentenced to prison.

Justice is not equated to punishment in Rwanda, as it often is in the United States, but is more strongly linked to forgiveness and compensation through service.

This trial that I witnessed resonated with several discussions I’ve had with my professors and peers about justice in Rwanda and how it relates to Rwanda’s place in international affairs. We have talked a lot about how America and the “West” criticize Rwanda’s informal, community-led justice proceedings, especially those that took place for the perpetrators of the 1994 genocide against the Tutsi. Western criticisms preyed on the lack of lawyers and formal legal representation, claiming that Rwandan systems violated human rights. Although outsiders are quick to criticize, surveys show that Rwandans perceive these systems favorably. This example is allegorical of Rwanda’s general relationship with western countries. Since the 1994 genocide, Rwanda has emphasized a policy of reconstruction via “homegrown solutions” in defiance of Western-defined standards of development. Rwanda has not submitted to pressure to change its justice systems according to what the West deems most just and has not tolerated Western interference. For example, in 2006 Rwanda cut off all diplomatic ties with France, who was leading an investigation into the 1994 plane crash that claimed the life of Juvénal Habyarimana, then-president of Rwanda, and suggesting that current President Paul Kagame’s troops had shot it down. Cutting off ties represented a rejection of outside attempts to redefine Rwandan narratives of conflict and justice. Throughout modern history, African states have often been exploited by global powers. The Rwandan approach to world affairs, particularly toward the West, shows that the country is trying not to fall to that pattern.

Justice in Rwanda reflects community resilience and a culture of service that rejects the notion that justice depends on perpetrator punishment. Western powers, particularly the United States, should rethink their criticisms and take careful note of the Rwandan approach to jury duty, which preaches a valuable lesson in community resilience and justice.