Today, however, English in Israel has almost all features of an official language, while Arabic, although an official language, has limited visibility. When walking around the streets of Tel Aviv I barely see any signage in Arabic. It is almost exclusively in Hebrew, with many having English translations. In Jewish areas, one cannot receive menus in Arabic at restaurants. In contrast, the minute one walks into an Arab neighborhood or area, the linguistic landscape immediately changes. Shop signs are almost exclusively in Arabic. The labels on Kit Kat bars are now in English rather than in Hebrew. It’s a completely different feel that one can experience simply by walking a few blocks.

In Jewish schools, Modern Standard Arabic is taught in grades seven through nine. This practice of teaching Arabic is largely viewed to be ineffective and overall a failure, as an overwhelming majority of students do not retain any Arabic after completing the aforementioned coursework. In Arab schools, Hebrew is commonly introduced as a second language in grade two, and although more effective than the teaching of Arabic in Jewish schools, the practice is still thought to not be at the standard it should be.

As of now, the instruction of all universities in Israel is Hebrew. This introduces difficulties for Arab students, who must often either go abroad or struggle to complete a degree through coursework in their non-native language. There are, however, plans to form a university in the Arab city of Nazareth, where the language of instruction will be Arabic.

There is a stark difference between being an official language and how that language is maintained and utilized in practice on the ground. It took a Supreme Court ruling to include Arabic translations on street and highway signs. We can also see the status certain languages have while not being official languages. English, for example, is taught as a foreign language in both Jewish and Arab schools. It is said that most Jews are bilingual in Hebrew and English, and in my experience this has overwhelmingly been the case. Arabs are commonly proficient in a dialect of Arabic, Hebrew, and English. When the mass wave of Jewish immigrants from the former Soviet Union arrived in the 1990s, they learned both Hebrew and English in Israel. English is used in a variety of contexts, has a high privileged status, and is seen as a gateway to increased professional and economic opportunities.

The revitalization of Hebrew is viewed as being one of the largest accomplishments of the Zionist movement. The perpetuation of this ideology, of uniting the Jewish people through the common language of Hebrew, is further seen in a policy which facilitates free Hebrew courses for people who make aliyah. Although, if both Hebrew and Arabic are official languages of Israel, one would think they would have the opportunity to participate in both Hebrew and Arabic language courses. This is yet another example of the difference between official and de facto language policy. With the rise in the perceived status of English in Israel and the knowledge of the actuality of the linguistic landscape, it will be extremely interesting to see the various changes, if any, to the language policies of Israel in the coming years. 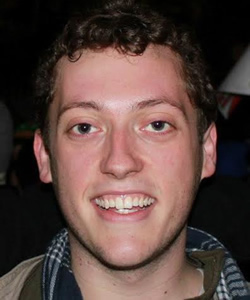