An American president loads his own plane with refugees fleeing political violence. They fly across an ocean to America arriving on Christmas day, bringing nothing but the clothes on their backs and the determination to start a new life. Navy and Air Force aircraft fly nearly 40,000 additional foreigners fleeing the same crisis to a re-purposed army base on American soil. The refugees find temporary shelter intentionally designed to keep families together. A special committee commissioned by the president coordinates the relief efforts, even hiring a public relations firm to positively shape public opinion toward arriving refugees. Religious leaders from across the country resettle these refugees within their own parishes. Is this a progressive dream too good to be true? Actually, this is Republican foreign policy circa 1956. President Dwight D. Eisenhower promoted exactly these actions. With political will and moral courage, Republican foreign policy today can offer refuge and decency to those at its southern borders.

The turn to nationalism among religious conservatives misses a blind spot of American strength: that of hardworking immigrants building their American dream and making America better in the process. President Eisenhower leveraged American power and prosperity and the firm belief in universal human dignity to extend a generous welcome to those fleeing political violence. These Hungarians left behind their homes and lives in an effort to escape political violence, not unlike those today fleeing violence in Honduras and El Salvador. Many were Catholic, like those on the southern U.S. border. Like President Trump, Eisenhower also had a vision to build America. But his vision of what made America great drew on the best of American prosperity—generosity toward those in need by offering a new life in the land of opportunity.

Today, we do not hear about the drain that Hungarian immigrants had on our economy or their disruption to the American project. Not everyone was happy about their initial entrance, but time has shown that they have been integrated into our political community. American actions toward Hungarian refugees provide a practical template for how asylum-seekers can be integrated into American society. UNHCR established relief aid and initial screening. The Red Cross provided immediate humanitarian relief. But rather than leaving refugees in camps in Austria, the United States took the lead by admitting refugees into American territory and encouraging a global response.

Today, instead of using troops at the border to keep people out, we could, through a coordinated federal response based on existing law, let refugee families in. Seeking asylum is not illegal, and as signatories to the global 1967 Protocol Relating to the Status of Refugees, we are obligated to offer refuge to those fleeing persecution based on race, religion, nationality, membership in a particular social group, or political opinion. Legal processes backed by force can securely process asylum applications at the border in order to vet and admit those seeking safety while screening out potential dangers. The Eisenhower administration screened refugees for diseases and communist affiliation. With today’s technology, medical and security backgrounds can be obtained even more rapidly and accurately. Expedited refugee status determination processes verify the claims of those at the border who are without the protection of their home country.

If free market economics tell us anything, it is that people make choices based on their calculation of trade-offs. The fact that parents with young children make the perilous journey to American borders tells us not that they are bad parents but that staying in their home country was even more risky than leaving. That should give us pause and and make us take their claims of asylum seriously. The Eisenhower administration’s conversion of Camp Kilmer, in New Jersey, specifically prioritized keeping families together. Similar accommodations today are needed. Unaccompanied children were a perplexing issue for officials managing the 1956 Hungarian refugee situation, which should also remind us that seemingly new situations have precedents from which to draw solutions. Countries in 1956 had to grapple with the fact that minors could flee political persecution, just as they do today.

Immigration and asylum policy have always been inconsistent, largely serving political ends. The disparity of treatment between Haitian and Cuban refugees, for example, illustrates how refugees’ political usefulness to American foreign policy goals influences our treatment toward them. We admit those who worked with U.S. forces abroad, yet prevent the most destitute from entering America with extensive travel bans or detainment. Leaders of both political parties have been guilty of such inconsistency. This need not continue to be the case.

President Trump can have a “Nixon going to China moment” on immigration by making the economic case (rather than the legal or moral case) for admitting those at the border seeking asylum. His tough on illegal immigration ethos means he has the domestic credibility on security to be more generous on asylum. What if his wall, which is proceeding, was matched with a commitment to new asylum officers at the border? What if he called on American civil society to offer generous humanitarian assistance, just as the president did in 1956? What if his pact with Guatemala included a commitment by the United States to admit a certain number of refugees verified by asylum officers in that country? This would be a burden-sharing arrangement in line with the spirit of the 1967 Refugee Protocol, and a rather neighborly gesture to an important regional partner. Such a course could alleviate strain on Guatemala, which is facing protests under the current arrangement.

American religious leaders can help shape a generous American ethos. As key partners to resettling refugees and as the moral compass of the country, they can exhort others to act on a vision of universal human dignity. Their understanding of people, not just Americans, created in the image of God can counter a selfishness that prioritizes nationalism. Ethnic identity is irrelevant when the good Samaritan extends aid to the man attacked by thieves. He is the true neighbor because of his mercy. Neighbors notice each other and do not put up false barriers. As Robert Frost reminds us, “Something there is that doesn’t love a wall.” A wall can be the actual physical barriers that separate us as well as the ideological barriers that keep us from noticing those outside our national community.

American reception of Hungarians shows that with political will and moral courage, Americans—and Republicans—can be generous to those seeking asylum, even exceptional. American military power has been used to bring destitute foreigners to our country by the tens of thousands. The American people have given them a warm and permanent welcome, encouraged by local religious leaders. We can make America good again by first reminding it to be merciful. We only need to have the political drive and moral courage to do so. 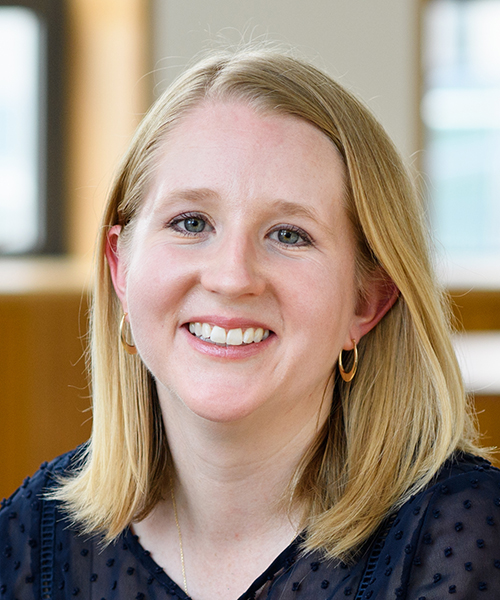