NGOs in Gulu: Observing the Role of Foreign Aid in Northern Uganda

During the program orientation, we were reminded to ask for permission before taking people’s photos because too many Ugandan children have been exploited as “victims of war.” While my semester in Gulu, Uganda is focusing on post-conflict transformation, I may actually be studying post-post-conflict transformation, observing how a community is recovering from an inundation of foreign aid. Although many non-governmental organizations (NGOs) have done remarkable work in helping the Acholi people recover from decades of war and forced displacement, the economic and cultural effects of this amount of aid and the sheer number of NGOs still in Gulu (at one time numbering close to 500) raises provocative questions about the righteousness of foreign-led development programs in a post-conflict environment.

Gulu is Uganda’s second largest city, with approximately 130,000 inhabitants (its population grew tremendously during forced internal displacement in the 1990s). Made famous by Invisible Children’s various films on the Lord’s Resistance Army (LRA), Gulu was at the center of the war between rebels and government forces until the Juba peace talks in 2006, when peace began returning to northern Uganda. From 2006 to 2009, the internally displaced person (IDP) camps around Gulu that were established as part of the government’s controversial counterinsurgency strategy began closing, and people returned to their homes to start rebuilding their lives. Whereas the world-famous Invisible Children films might give the sense that the people of northern Uganda live in fear of mutilation, abduction, and murder, a walk through Gulu quickly dispels that myth. Tired of being victimized, the people of Gulu have returned to their homes, and the city is now bustling with activity.

Yet, in my short time in Gulu thus far, I noticed that many of the NGOs remain. Emblazoned with their logos and with markings from different donors, a majority of the cars and trucks driving down the streets of Gulu belong to NGOs and UN agencies. Providing services from trauma counseling to human rights education to microfinance training, there is an NGO in Gulu for almost every need. Doubtlessly, they have had a positive effect on Gulu. At the same time, I have heard a number of questions from local Ugandans doubting the virtue of these organizations. Namely, if they are so successful, why must they still crowd the streets of Gulu?

A field doctor working for the USAID-funded Northern Uganda Health Integration for Enhanced Services (NU-HITES) project explained to me how the NGO culture in Gulu has eliminated the sense of job security for local professionals. As most aid projects are funded for one or two years (the longest typically being funded for five years), those employed by the many NGOs in town must regularly seek new work, a task that may prove difficult in a town where youth unemployment stands at 60 percent. But the money flowing in from foreign donors is too tempting to seek better job security. That same funding has remarkably altered the cost of living in Gulu since the war’s end.

In addition, a member of a community-based organization described the cultural effect of food aid during a field visit our program conducted in partnership with the Gulu Women Economic Development & Globalization organization. As entire generations grew up in IDP camps and received food daily from the World Food Programme, youth learned that food came not from working in the fields, but from huge white trucks. Upon the camps’ closure in 2009, a population whose culture had previously been so closely tied to agriculture and subsistence farming was faced with the challenge of relearning its roots. Today, people continue to be dependent on NGOs for so many services in a way that would be unsustainable without external funding.

Thus, as I heard the spokesperson for an American NGO grossly overstating the current threat and size of the LRA on the local news last night and as I witnessed a convoy of vehicles from a major NGO full of wealthy foreigners on a “donor trip” taking photos of the local children of Gulu on my walk to school this morning, I wondered if all these international NGOs are truly doing the life-saving work their donors in the United States and elsewhere believe. My perspective may change as I spend more time here in northern Uganda, but my initial observations have indicated that as well-intentioned as our aid may be, simply pouring millions onto the very complex challenges of post-conflict development may not always be the best solution. 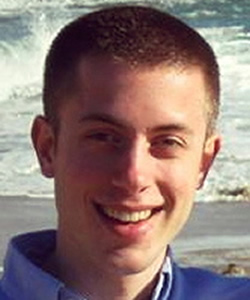 Alex Pommier graduated from Georgetown's School of Foreign Service in 2015 with a degree in international politics. He participated in the Berkley Center's Junior Year Abroad Network while studying in Gulu, Uganda during the spring semester of 2014.