On Gender Roles in Shanghai

There are many intriguing aspects of studying abroad: familiarizing yourself with a new city, learning a new language, and tasting new food. However, I believe becoming accustomed to and aware of cultural differences is the most important. I have officially been living in Shanghai for over two months. By now the culture shock that initially paralyzed me has faded, and I have been taking the opportunity to completely immerse myself in Chinese culture.

Chinese culture is a unique blend of a few different philosophical modes of thought. Taoism, Buddhism, Christianity, and Confucianism are all popular modes of thought, which actively influence society. The extent of their influence is exemplified by different gender roles in Chinese society.

A few weeks ago my host parents invited me to their nephew’s wedding. I was flattered and thrilled that they had invited me; I have never had the chance to attend a traditional Chinese wedding! My host dad is the eldest son of five siblings. As soon as we entered the banquet hall, his younger sister directed him towards a specific chair at a table. I later took notice the eldest or most well respected man at each table was told to sit directly opposite the door. In China sitting across from the entrance is considered the most desirable position and symbolizes control. According to Confucian thought, a “natural hierarchy” exists within the family: men are dominant over women and parents are dominant over children. The seating arrangement at the wedding directly represented this Confucian structure.

Further the bride and groom needed to do an individual toast with each guest. During the toast, the subordinate individual needed to raise his glass lower than the dominant individual, which further exemplifies the Confucian ideals of honor, respect, and relationships.

While individuals typically think of Chinese society in the Confucian male-dominant perspective, I have noticed that this is not always the case. Taoism is also a very influential factor in Chinese society, and gender roles are visible in the symbol of the yin and yang. The yin (or black swirl) represents the passivity and femininity of the female, while the yang (or while swirl) represents the dominance and aggression of the male. However, yin and yang both coexist, which symbolizes the balance between men and women.

Gender equality or gender balance is especially visible in Shanghai. A unique feature of Shanghai is the role men and women hold. Unlike most of China in which it is the woman’s duty to do household chores and the man’s duty to work, there is a partial role reversal in Shanghai. I first noticed this phenomenon within my own host family. My host dad is constantly doing the laundry, cooking, and cleaning. At first I thought my family might just be an anomaly. However, I soon learned from my peers and by observing local families that this situation was extremely common within Shanghai.

I have found the traditional philosophical modes of thought to be extremely influential in shaping Chinese society. While Chinese society is typically viewed from a Confucian perspective, it is important to remember other competing schools of thought have helped to shape society. 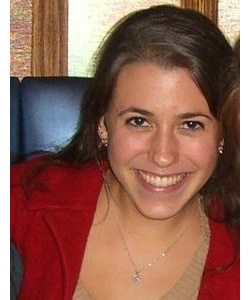 Kristin D’Alba graduated from Georgetown College in 2014 with majors in Chinese and mathematics. She participated in the Berkley Center's Junior Year Abroad Network while studying in Shanghai, China during the fall semester of 2012.
comments powered by Disqus