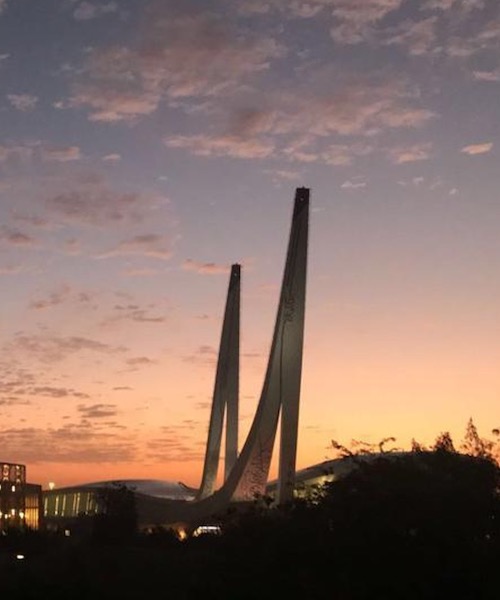 “Qatar is an Islamic country; you’ll feel just at home there.
There will be lots of beautiful mosques that you can visit in Doha, just like the ones we have here.
Qatar is a religious country, so you will have to wear modest clothing everywhere so make sure you pack enough of them.”

These were just some of the many things I heard before I spent my first year of college in Qatar. I was born and raised in Pakistan, which is, just like Qatar, an Islamic country. With this one overarching similarity between the two countries, the people around me back home in Pakistan and I were thoroughly convinced that I would not experience culture shock considering the similarities between our cultures. In some ways, that did turn out to be true. Many Muslims struggle with the availability of halal food when they travel abroad, but the benefit of traveling to a Muslim country was that it would not be an issue for me. In the end, I found it interesting that the religious aspect of life in Pakistan and Qatar turned out to be similar.

The first time I experienced a difference between the practice of Islam in Pakistan and Qatar was the last day of my new student orientation week. Georgetown University in Qatar is situated in Education City—an intentionally built vicinity on the outskirts of Doha, which is home to multiple educational institutes ranging from schools to academies, to satellite campuses of American universities and Qatar’s own postgraduate institutions. We were taken to the Qatar Foundation Mosque to introduce all international students to the religious practices of Qatar. As a Muslim myself, I did not expect it to be as foreign of an experience as it turned out to be.

In Pakistan, women do not pray in mosques and only pray within their homes; it is generally only the men who pray in congregation at the local mosque. There are no legal or religious reasons for that, but it has always been divided this way: Women pray at home, men pray at mosques. Here in Qatar, however, I was surprised to see just how many women came to the mosques to offer prayers, especially the Friday prayers. When I first pointed this out in a reflection post for the Doyle Global Dialogue (DGD), I was surprised to hear that a lot of my fellow international students who came from Muslim countries saw that the difference extended to men as well. Even though men do pray in mosques in other countries, here in Qatar, that practice is followed more frequently. From that exchange, I learned that despite it being the same religion, the practice of Islam varies considerably in different countries.

The experience at the Education City Mosque not only depicted the present difference between religious practice, but also showed how traditions and different ideologies intersect to create a unique religious experience in different countries. From what I was told, Qatar was supposed to have many mosques that resemble those we have in Pakistan. After all, both countries have a history of Islamic practice and traditions that date back centuries.

However, the reality was quite different: Mosques in Pakistan are beautiful and have very distinct features. This applies to the mosques that were built centuries ago by the Muslim Mughal rulers of the subcontinent, as well as mosques recently built by the government or local authorities. Pakistani mosques have arches, traditional domes, and are decorated with the same calligraphy. They look like this because even right now, Pakistan wants to connect to the rich architectural details that were the most notable features of the Mughal Dynasty. In comparison, the recently built mosques here in Doha look very different. The Education City Mosque is built in a way that makes it look futuristic. Its minarets especially make it look like a spacecraft. Qatar has a certain vision for itself—to become a country of the future. These ideological differences define the different architectural styles of religious buildings in Pakistan and Qatar.

A second key difference in how Islam is practiced that became clearer to me was the different takes Pakistan and Qatar have on religious inclusivity. Although Pakistan is a majority-Sunni Muslim country, Shia Muslims make up a significant part of the population; the ninth and tenth of the first month in the Islamic calendar, which are important dates for Shia Muslims, are public holidays in Pakistan. In Qatar, there are also a lot of Shia Muslims, but there are no public holidays on such important dates. When I mentioned this in my reflections, my DGD peers mentioned how the Shia community is in many ways looked down upon in Qatar, as the state follows Sunni Islam.

Qatar does have many institutions that work to encourage religious traditions and beliefs to make their diverse population feel welcome, but their concepts of religious inclusivity mainly consist of creating discourses for inter-religious—and not intra-religious—understanding. This makes sense, as the population in Qatar consists of many expatriates who benefit from the interreligious institutions the state endorses. Within such discourse, Muslim minorities are not the obvious group for the state to include. In Pakistan, however, it is nearly the opposite; intra-religious discourse is much more prevalent. Since other religious groups are relatively small and dispersed, but many sects of Muslims exist, intra-religious discourses are a lot more common.

While these are only some of the differences in religious traditions and practices between Qatar and Pakistan, they were the most significant ones that I came to experience and learn more about while living in Qatar and conversing with my cohort in the Doyle Global Dialogue. The experience of living as a Pakistani in Qatar has taught me that religious differences do not only manifest in the practice of different religions but are also heavily affected by the history and dominant ideology of each place, even in the everyday practices of the same religion.