Having lived in many different places has allowed me to adapt to new environments very quickly and without major cultural shocks. At the same time, my ability to notice, feel, and appreciate the differences between various cultures has diminished. The Doyle Global Dialogue (DGD) was an excellent opportunity for me to regain this ability as it provided me with the medium to reflect on my experiences here in Qatar, discuss them, and express all of it in writing. This thinking process helped me realize the wonders of this country while also offering me a better understanding of and appreciation for my home country.

When I started reflecting on my life in Qatar, I subconsciously compared it to Russia and the United States, both countries I feel strongly connected to. Despite all the differences between Russia and the United States, I found that these two countries had so much more in common than I previously thought. At the same time, Qatar stood out to me as something completely different—an idea which I had not really realized before I started thinking about it and discussing it with fellow members of my DGD cohort. Our discussions focused on three monthly topics: religion and culture, religion and politics, and religion and society—all of which have helped me to see this difference in more concrete terms.

Qatar is the first Islamic country I have ever lived in, or even visited. As it appears to me, this fact is the source of many differences with Russia or the United States. Moreover, the fact that religion is so prominent here highlights the differences even more. When I think about the United States or Russia, it seems very hard to find expressions of religion in everyday life. Of course, we have churches and religious holidays, but nonetheless religion in the United States or Russia becomes visible only on some special occasions like Christmas or Easter.

By comparison, religion is very different in Qatar, where Islam affects the tone and tenor of everyday life. The importance of religion is highlighted on many different levels, and it transcends the entirety of society. For example, it was very interesting and surprising for me to find out that in Doha, there is a rule that a mosque should be within walking distance from any point in the city. Driving through Doha, I realized this is actually true: I could see a mosque every now and then. Religion manifests itself in Qatari society not only by the number of the mosques, but also by how the religion is practiced. Many people here pray regularly several times a day, go to mosque every day, read and recite the Quran. From conversations with my Qatari friends, I could see how Islamic ethics influences the behavior of people here.

Quite naturally, Islam’s importance in the society extends into Qatar’s culture and politics. During my stay in Qatar, I could see the many ways in which Islam influences their culture, ethics, traditions, and modes of thinking. In Qatar, these areas of life are influenced by Islam, sometimes in very profound ways. For example, international politics is just an extension of the national identity, so it is influenced by Islam as well. Although Qatar is a very global and interconnected country which has successfully managed to integrate into the international political framework, the influences of religion are manifested in its international relations as well. Qatar is a very prominent player in the Islamic world, and it projects its influence in many different ways—be it strong financial influence in Turkey through Qatar’s large presence in the Turkish stock market, or the work of Al Jazeera. Another very recent example of Islam’s influence in Qatar’s politics is its unwavering and strong support for Palestinians. Despite being an ally of the United States, Qatar does not hesitate to go against U.S. policy when it comes to the issue of Palestine.

Consciously reflecting on the peculiarities of Qatar and discussing them with friends and classmates from the Doyle Global Dialogue has helped me in many ways to see new things in my home and host countries. The biggest way in which this program impacted me is by helping me realize that I should make it a habit to keep reflecting on new places and cultures as they are full of wonder and amazement, as well as of profound meaning and importance. The program helped me to explore this country in greater depth by giving me the opportunity to analyze different events and people. 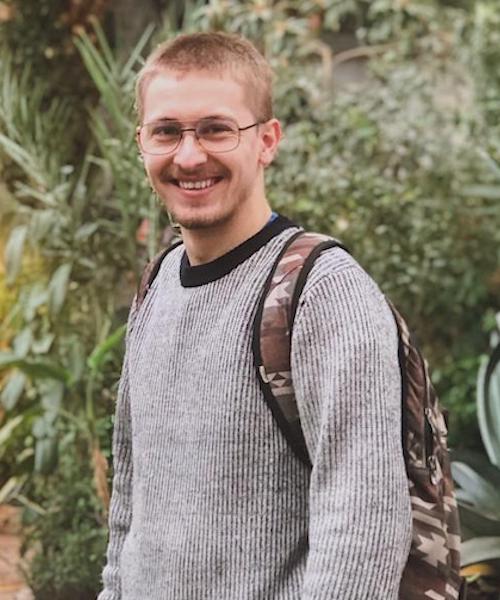 Alexandr Chirgun (SFS’23) is an undergraduate student majoring in international economics at Georgetown University in Qatar. Though from Russia, Alexandr has lived in Armenia, the United States, and Qatar. During his free time, he enjoys getting to know new people and exploring cultures.