Last time I went to a soccer game in Jordan, four people lit off flares, someone jumped the stands and ran into the field, and thousands of spectators rocked the walls of the stadium with our collective roars. Naturally, I was eager to go to another game. My friends and I thought we had found the perfect opportunity with the Jordan vs. Australia game and quickly bought our tickets online. We were so excited that we failed to look closely at the location of the stadium. It was not the main stadium in SportsCity, but farther off, in East Amman. And because we are foreigners, we do not enter into East Amman. It is poorer, less developed, and much less open to outsiders. It also contains a large refugee camp for displaced Palestinians. As I have come to understand it, all these issues feed off each other.

I wrote my first blog post, A Nation of Refugees, about the integration of refugees in Jordan. I was coming to the end of my first month in Amman, and I was inspired by the graciousness and generosity of the Jordanian people towards their neighbors. I am now in the last month of my time here. While the post still holds some truths, I have gained a more nuanced perspective as I spend more time in Jordan.

When I have conversations with Jordanians about refugees, they tend to have complicated views reflecting the sensitivity of the issue. On the one hand, Jordanians feel strongly that they are a country that helps those who need it. Since gaining its independence in 1946, Jordan has been an oasis of relative stability in an otherwise turbulent region, and the nation has taken on a truly astounding number of refugees. The majority of people living in Jordan today did not have family here just a few generations ago.

On the other hand, that generosity has not come cheap. Jordan is in a perilous economic situation. The job market is abysmal; the government relies heavily on foreign aid just to provide the most basic government services; and with a demographically young and fast-growing population, things may get worse before they get better. It’s not that Jordanians blame refugees for this. Indeed, experts speculate that because Jordan has taken in so many refugees throughout its history, regardless of the health of the economy, Jordanians do not connect the presence of refugees to any particular economic climate. Countries like Turkey, which have less of a history of accepting refugees, are more begrudging about the costs refugees pose. Jordan does not receive nearly enough international aid for the size of its refugee population, and many refugees don’t live in the camps at all. These refugees live in cities and compete for the same resources and opportunities as Jordanian citizens. Jordan has been much more generous with its refugee population than, say, Lebanon, which does not let its refugees live outside of the camps and affords them almost no work opportunities. Lebanon claims that this is to remind the Palestinian refugees that Palestine, not Lebanon, is their home and they should be preparing to return to it. Some hold the theory that the reason Jordan grants citizenship to many refugees and tries to integrate others is to relieve some of the pressure on Israel to guarantee a Palestinian right of return.

It is a commonly discussed fact in Jordan that many of the Syrian refugees do not intend to return to their country, at least not anytime soon. Palestinian refugees have been here for generations and do not have any place to return to. Jordan cannot sustain its current level of support for refugees forever, but neither can it force them to leave. Whatever the future holds for Jordan, it will need to work with refugees towards a more stable future. 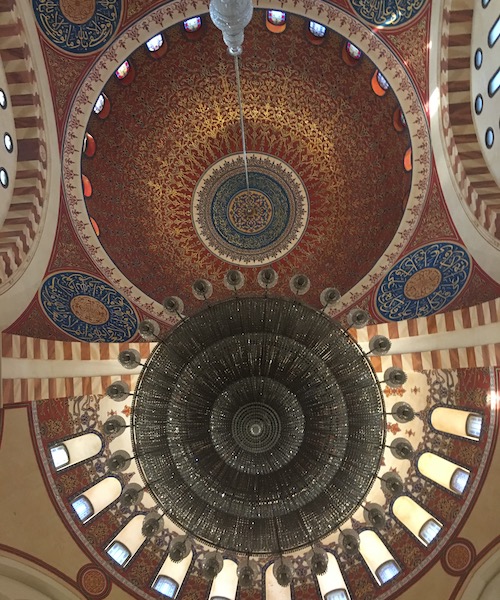