On my first day in Copenhagen, my fellow students and I were assigned to a scavenger hunt, which had us visit three different churches—including the one where major state functions are held—within two hours. Following this, I was intrigued to begin interpreting the role of religion in Denmark and how Danes, who are mostly secular as a population, balance the state-endorsed religion with their personal lives.

Denmark was quite literally founded as a Christian nation; the runes of the Jelling Stones, carved in 965 CE during the Viking Age by King Harald Blåtand, mark the birth of the Danish state as the Christendom of Denmark. Since then, Christianity served a dynamic role in shaping Danish institutions and culture, becoming state-sponsored in 1536 and continuing as one of the constants in Denmark’s tumultuous political and territorial progress as a state.

The most prominent religion in Denmark is the Evangelical Lutheran Church of Denmark, known as the Dansk Folkekirke (Danish People’s Church). Over 75 percent of Danes identify with the church, and most attend services for holidays such as Christmas Eve and Easter, even though weekly church attendance is quite low—around 2.4 percent. Additionally, Danes frequently attend churches for family events, with the most common being christenings, weddings, and confirmations.

The Danish government maintains the position of minister for ecclesiastical affairs of Denmark, which has overseen church operations since 1916. Church members pay a church tax, which is often necessary for individual use of the church for family events, funerals, and cemetery space. The Folkekirke is also the only religious body in Denmark that receives state subsidies. Though freedom of worship is stipulated in the Constitution, Denmark’s history is characterized by limited immigration, which only began in 1980. Thus, there is a lack of religious diversity, though Islam is becoming the largest minority religion in Denmark, with about 3.7 percent of the population.

During my “Danish Language and Culture” class, we had the opportunity to speak with three native Danes, who come from different ethnic backgrounds and religions. While they explained that practicing other religions is quite uncommon in Denmark, the rising immigrant population has contributed to increasing religious diversity; Copenhagen’s first mosque was built last year, and the city also has a few synagogues. However, one interesting opinion that these Danes had was that due to the lack of strong religious participation within the Danish population, the Danes did not feel strange that their different religions did not have a visible presence in their lives.

I’ve observed that while religion does not currently play a large role in most Danes’ lives, the religiously motivated traditions and community cultural activities are important parts of Danish family life. Christmas, or Jul, is the most awaited time of the year for Danes. With celebrations beginning in early November, Danes use the holiday as a time to celebrate and gather with friends and family. Weekly julefrokost, or Christmas lunches, provide Danes with an opportunity to reunite with different groups of friends and enjoy a day of julehygge, or Christmas "coziness." Christmas markets pop up across the country for families to visit, featuring several different Christmas sweets and drinks, traditional Christmas gift items, and local handmade goods.

Additionally, traditional activities focus on religious events as an expression of family bonding. For example, Danish families emphasize the tradition of coming together to make Christmas decorations on the first day of Advent. Though I will not have a chance to witness it this semester, I have heard that Danes celebrate Easter with the same community or family spirit, with activities such as sending creatively decorated "spring" letters to each other.

There’s nothing that says julehygge more than spending weekends making Christmas cookies and decorations with my host family and working our way through stacks of Advent chocolate calendars. While I’m still fascinated by how a state that is directly affiliated with a religion features a largely secular population, experiencing the Danish Christmas spirit and holiday cheer ultimately confirms my perception of the Danes as a tight-knit community, and it is also the perfect culmination of my semester here. 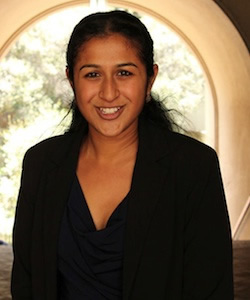 Sharanya Sriram graduated from Georgetown University's School of Foreign Service in 2017 with a major in international politics and a focus on security studies. She spent the fall 2015 semester studying European politics in Copenhagen, Denmark and blogging for the Junior Year Abroad Network. She also worked at the Berkley Center as a student assistant during the 2014-2015 academic year.