People like to say that America is a Christian nation. The same is often said of Hungary. What I’ve observed in my time here is that while the United States is Christian in character (well, arguably) but definitely not in name, Hungary is just the opposite: officially Christian but actually quite secular.

Of course, if you ask Hungarian Prime Minister Viktor Orbán (or, for that matter, Ted Cruz), they would vehemently dispute my assessment. In Hungary’s case, though, the truth is pretty complicated, thanks to the legacy of the communist past and the present European migration crisis.

But, for comparison’s sake, let’s start with the United States. The United States does not have an official religion, and moreover, centuries of constitutional jurisprudence has pretty much laid the question of church-state separation to rest. Unofficially, though, there’s an argument to be made that America is cut from Christian cloth. According to a 2014 Pew study, a full 70.6 percent of all Americans identify as Christians of one flavor or another. Of that number, no less than 30 percent attend services weekly. This is to say, in only so many words, that Christianity has pervaded and continues to pervade American life.

What about Hungary? At first blush, the country has a far better claim to Christian-ness that the United States. By royal edict, the state religion of Hungary was Christianity from around 1000 CE. You can still see not one but two crosses on the Hungarian coat of arms. And in the country’s new constitution—written in 2011 by the sitting conservative government—references to Christianity abound. Here is an excerpt from the document’s preamble:

We are proud that our king Saint Stephen built the Hungarian State on solid ground and made our country a part of Christian Europe one thousand years ago.

So, it’s clear that Hungary has the trappings of a Christian nation. If my experiences and other peoples’ statistics can be believed, though, it is far from a religious place—at least by the high bar set by the American example.

Outwards displays of religion are rare in Budapest. Other than atop historic churches and synagogues (and in the admittedly omnipresent coat of arms), icons are few and far between. Strikingly, not a single one of my Hungarian friends wears any kind of religious paraphernalia, while many of the Americans I study with here sport crucifixes openly. There’s a church located less than 200 meters from my dormitory in Budapest, but even on Sundays I’ve never seen anyone enter or leave.

But when it comes to religiosity (or lack thereof) in Hungary, you don’t have to take my word for it. Hungary’s 2011 census revealed that 45.4 percent of the population doesn’t have any religious affiliation. Regular church attendance figures are harder to track down, but what studies I’ve found locate the rate between 12 and 22 percent.

Religion is, without a doubt, more interior to Hungarians than it is to Americans. It is also less important. Both of these conditions are products of communist rule, which for four decades sought to teach Hungary’s citizens to say “no” to the “opium of the masses.” During the 1950s, Hungarian communists hounded the clergy and confiscated church property. Participation in organized religion was permitted but seen as an inherently risky proposition (and it was: churches were hotbeds of state surveillance activity). So while Christianity was tolerated behind the Iron Curtain, the stultifying social circumstances of communism made it hard to keep to faith. Generations of Hungarians were socialized in this environment, contributing to today’s popular ambivalence towards the church.

But there’s one segment of Hungarian society that is decidedly not ambivalent on the subject of Christianity: the political right, personified in Prime Minister Orbán. He has sought to link Hungary’s Christian past with his government’s aggressive efforts to close the country’s borders to Arab and Africa migrants. In March, for instance, he pontificated:

It is forbidden to say that the masses of people coming from different civilisations pose a threat to our way of life, our culture, our customs, and our Christian traditions. It is forbidden to say that, instead of integrating, those who arrived here earlier have built a world of their own, with their own laws and ideals, which is forcing apart the thousand-year-old structure of Europe.

It is hard to square Orbán‘s conception of Christianity as a bulwark against (primarily Muslim) immigrants with the faith’s role in day-to-day life in Hungary. But there’s no doubt that the politicization of Christianity can pay dividends even in a semi-secular country such as Hungary: in the most recent parliamentary elections, the party to win the second-highest share of votes (after Orbán’s) was Jobbik, a self-described “principled, conservative and radically patriotic Christian” organization. 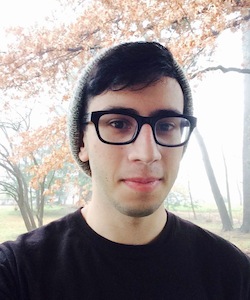 Noah Buyon graduated from Georgetown College in 2017 with a major in history. He studied at Corvinus University in Budapest, Hungary during the spring 2016 semester, where he researched the lived experience of the Cold War and blogged for the Junior Year Abroad Network.