Some things are best learned through experience, as I can attest. All of my pre-departure planning proved to be the polar opposite of my experience in Qatar. I'd be lying if I said the experience was entirely negative because, in general, it was incredible for a small-town girl like myself to experience a culture so diverse and so misunderstood by the global community. Did I go through culture shock? Certainly (but that's our little secret).

It was initially overwhelming because I had never experienced a culture other than my own in my 19 years of life. I come from a fairly homogeneous community, which has influenced my experiences in more ways than I can openly admit. First and foremost, the religious aspect of my experience was quite unique. I was raised in a conservative Christian denomination and had no prior experience with religious exchange. What I discovered was that many of my daily Christian habits and expectations were not entirely dissimilar to those of the Muslims around me: dress conservatively, pray consistently, be a good neighbor, and so on.

Despite these parallels, the religious and cultural differences were significant. I remember the first time I saw the driver doing his prayers in the afternoon by the side of the bus while waiting to escort us. Although I was aware that there were prayers that Muslims have to do throughout the day, it took me by surprise that they could be done in the open with people watching. A part of me envied him because I wished I could do the same without being looked at differently. Because as much as there is freedom of religious expression in Qatar, it always felt as though it only applied to males—I never saw women pray in public.

During Ramadan, I got to learn more about Islam. I went to the mall to get some groceries the day before Ramadan and was amazed at how beautifully decorated the place was in time for the holy month. I didn't fully understand what Ramadan meant to Muslims, but what I saw at the mall and on social media really helped me appreciate what was going on. I was captivated by the personal experiences of my Muslim friends, and I joined them in fasting on various days during Ramadan. I felt as though I was a part of something bigger than myself, and that experience was truly wholesome. However, I also felt religiously isolated because I didn't meet anyone who shared my denomination. Qatar's population is mostly made up of foreigners, and while the Christian population is growing, there isn't much representation of it in my opinion. As a Jehovah's Witness, I am unable to fully explore my religious activities because they are not permitted in Qatar, making it difficult to find a religious community.

Social issues really stuck out to me during my time in Qatar. I was coming from Zimbabwe, a country where I looked like everyone else and didn’t really stick out because of that. That was not the case during my time abroad. I remember the first days after I got out of quarantine and I would go out with friends and would get awkward stares from people everywhere. I resolved within myself that it was because of how I wore my Afro out most of the time. I would get random requests from people who wanted to touch my hair or who would ask questions about whether it was real or how often I washed it. This was an awfully weird experience for me as I did not understand why someone would ask to touch my hair.

There were also times when I would enter a store and not have anyone assist me and the next Arabic person to enter would be welcomed in a better way. On countless occasions, people assumed I had come to the country to work and would gasp in surprise when they found out I was studying at a university in Education City, as if the thought of a young Black woman studying was unheard of. I remember having a conversation with a young Indian man and he asked me if I hunt in my village and whether the technology and infrastructure in Qatar was beyond my comprehension because I came from a struggling African country. Whenever I tried discussing race and racism within the country, it would change the atmosphere and make people uncomfortable—as if it was taboo to openly admit that racism is very much prevalent in Qatar, just like a lot of issues of social justice. For example, the questions behind the treatment of migrant workers with the upcoming World Cup seem to be swept under the rug by the majority of the population in what seems like an attempt to praise the government. There is an artificial stability in the political climate that could be attributed to the lack of freedom of speech and open conversations among the people. There are few admissions of failure and few open discussions about national politics. There is a great disparity among people, and as a student in Education City, it may be difficult to identify these social issues when we are in our safe bubble.

As I come to the end of my time in the Doyle Global Dialogue program, I have realized that there is a lot that could be easily dismissed in intercultural, interreligious experiences without taking things into careful consideration. It is hard to appreciate everything that is offered in an experience abroad if you do not take time to share your experiences with others. Although there were several challenges that I faced, I wouldn’t trade the experience for anything. I've stepped outside of my comfort zone and discovered that what I know can coexist with what the world is teaching me. I had always considered myself to be open-minded, which was easy to say before being put to the test. Living in Qatar has taught me to be truly open-minded and provided me with the opportunity to explore different cultures and religions with little to hold me back. I've learned, and continue to learn, what it means to be a true global citizen. 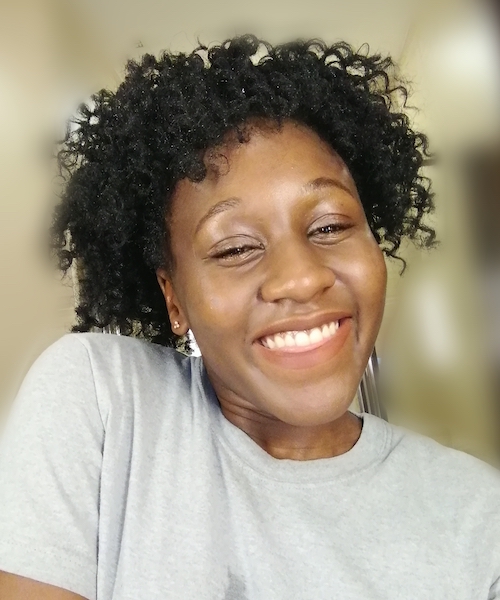 Renee Vongai Mutare (SFS’24) is an undergraduate student majoring in international economics at Georgetown University in Qatar. Renee was born and raised in a small town called Gweru in Zimbabwe. She considers herself to be an active feminist and enjoys discussing socioeconomic issues of global concern. Renee believes in service above self, enjoys reading books, outdoor activities, and discovering new places.