Special Interpretation of Freedom Among Islamic Revolutionaries in Iran

About 40 years ago, Iran underwent a huge movement to escape from tyranny. In this movement, people tried to overthrow the shah and his government with great enthusiasm because of its corruption and despotism. While both ordinary people and leaders of the revolution were focused on overthrowing the shah, they did not have a clear idea of a new political system after the movement ended. Consequently, Iranian intellectuals still obsess about democracy, freedom, and the challenge of reconciling Islamic values with modernity. Although studying democracy and freedom can help scholars better understand political mindsets and intellectual dynamics in Iran, the Islamic republic often still returns to its origins.

Iran has been in a period of political turmoil since the Iranian Revolution of 1979. There have been ongoing tensions between theocratic-authoritarian and democratic impulses, and the power of popular will in elections has been constrained by the authority of unelected religious leaders, such as the Supreme Leader and the Guardian
Council. In the pursuit of democracy, however, Iran faces a challenge that confronts most Islamic countries in the Middle East and elsewhere: how Islamic traditions can be joined with a robust democracy. Iran has a long history of thinking about the relation between freedom, Islam, sovereignty, and forming a government. Nonetheless, due to the weight of Iran’s Islamic traditions and misconceptions about democracy, Iran faces ongoing challenges in implementing modern democracy.

The writers of the Constitution grappled with the concept of freedom. Although freedom was a matter of serious concern to them, they had to think about its interference with the laws of Islam. In the debate over freedom, they asked whether the media, writers, and thinkers should be allowed to express their ideas. If so, how much freedom should they have? Is there a right to demonstrate? Nobody in the Islamic Consultative Assembly wanted to restrict liberties, but they faced a major challenge over what the limits of these freedoms should be.

Mohammad Beheshti, an important intellectual and cleric, briefly spelled out the controversy at the assembly. “For example, if someone came to write a book that the system of the Islamic Republic is a bad system, we want to know that according to this article of the Constitution, should we stop the book?” Mohammad Javad Bahonar, a member of the Assembly of Experts, replied, “If they want to start a revolution, it will be a problem, but if they don’t want to do something like this, they are free to express their idea.”

Bahonar and the commission codified these articles considered freedom of expression and the dissemination of ideas to be desirable, but deciding how to act on these principles was problematic. Some of the legislators did not accept the possibility of challenges to the Islamic Republic’s core principles and could not tolerate criticism of Islam and its rules.

“Considering the discussions at the meeting and the issues raised, the expression of anti-Islamic thoughts in Iran is problematic,” Beheshti said. Ultimately, the proposed thirty-first article stated that demonstrations are permitted on the condition that they do not threaten Islam and security.

The Right to Demonstrate

In the debate over this article, there was talk about preventing conspiracy, but many emphasized the freedom of demonstration. However, Ali Meshkini, a cleric and member of the Assembly of Experts, said, “The main issue is not a conspiracy. We would like to say that it should not be against the principles of Islamic thought.”

In response to Meshkini’s ideas, Beheshti said, “Do you mean that demonstrations should not be against Islam? Or that any idea against Islam should be banned?”

“A community and demonstration against Islam principles should not exist,” Meshkini said.

“What if somebody speaks against Islam and people listen to that, and then they leave that place without any trouble? Why should we forbid it?” Beheshti replied.

“We all want to ban this, although they don’t have any trouble in terms of security,” Meshkini replied.

“So there are two opinions. Some believe that we should ban any demonstration, while others say that demonstrations should be limited by Islamic law if there is no interference with security,” Beheshti concluded.

Gradually, the writers found the only desirable path: adding "in compliance with the laws of Islam" after every article about freedom.

Mohammad Mojtahed Shabestari, an Iranian thinker, raised criticisms about the Constitution. “The main issues, such as the Supreme Leader and freedoms, are unclear and there are many ambiguities. In my opinion, these 10 or 15 articles about the freedoms and rights of the nation are like telling people that you are free only if the government recognizes that thing as a freedom. These principles ultimately lead to abuse.”

Ultimately, legislators did not find an appropriate way to enforce different constraints and to combine conflicting thoughts. The government’s method of secularizing the law on issues of freedom was very ambiguous, and it created an opportunity for the government to abuse the situation by ruining any kind of freedom. Although Iranian revolutionaries wanted to implement freedom and democratic processes, they could not find a satisfactory method to do so. 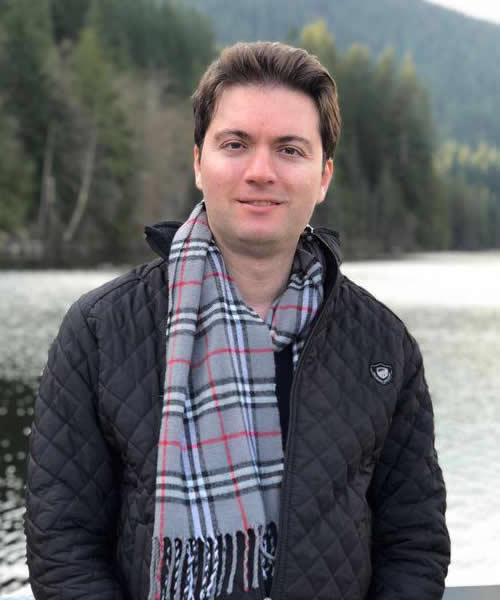