Stereotypes, Prejudice, and Discrimination—Oh My!

When I was in sixth grade, I used to be teased about being Asian. My classmates, almost all of whom were white, would say I was supposed to be good at math and make jokes about how calculators were just tiny Asians. It was only when I was older that I realized what I was experiencing was not light-hearted teasing but full-blown discrimination mixed with childhood ignorance.

Middle school was not the last time I experienced discrimination. Whether it’s someone asking me if I can see correctly because of my narrower eyes or saying someone else should be the driver, I have witnessed childhood ignorance morph into prejudice and stereotypes that have evolved into outright racism. Not all the racism leveled against me has necessarily been harmful; unlike many other minorities in the United States, many Asian stereotypes involve positive attributes. However, each one builds upon societal instincts that target those who are different from the white norm that is the majority in the United States.

I was excited then to study abroad in East Asia where I would be in the majority. It would mean an escape from the racial stereotypes I’d experienced.

While I myself did not experience any discrimination abroad, I noticed it continued to exist.

I’ve always said that in the United States, the only people who are able to be racist are white people. This is not to say only white people in the United States are the arbiters of discrimination and prejudice. I think racism, unlike discrimination or prejudice, implies a type of systemic, power-leveraging against a minority. In my opinion, racism is not simply a harmful perception or stereotype, but an actionable manifestation of that stereotype against someone. In a country as diverse as the United States, with so many races coexisting, every race seems to have a potentially harmful stereotype that they use to discriminate against another. But in this country where white people hold the power majority, whether in government, business, or wealth, they are the only ones who have been able to truly influence and add to the racially based society we have in our country. In East Asia, I started to notice that the utilization of power to create a racially based system giving preferential treatment to a certain race was not unique to white people.

Similar to the United States, Malaysia is a country with wide diversity. A little over half the population are native Malays, around a quarter are Chinese, and around 10% are from other indigenous Bumiputra groups. When I visited Malaysia, I listened to a lecture by one of the prime minister’s senior advisors. He described Article 153 of the Malaysian Constitution, which establishes quotas in areas such as civil service, scholarships, and public education. While this system has been compared to affirmative action in the United States, what I found so strange was that it was a legal structure that elevated not a minority, but the majority. It seemed to me to be a policy that was meant to hold off another racial group’s success in favor of the group that already held power. To me, the policy seemed to hold the potential for being a legitimate structure for oppressing Malaysian minorities.

I’ve also noticed that stereotypes and prejudice, the things that discrimination builds upon, are not unique to countries like the United States and Malaysia that have broad diversity. Sometimes it is just the opposite: The lack of or minimal exposure to different races can create prejudice.

When we were in China, my friends who are black were bombarded by Chinese to take photos. While my friends enjoyed it at first, they said it became uncomfortable to be stared at so much after a while. Yet, it was hard for my friends to blame the Chinese people because they had never been exposed to people who had their skin tone. It was a mild form of prejudice but existed nonetheless.

Similar to what I’ve experienced, positive prejudicial stereotypes existed in Asia too. My local friend in Hong Kong told me he views Chinese students as more disciplined and hard-working than his local peers. Although this may be a broad generalization, it was a funny thing to hear for me because it meant that even if I had grown up in a place where the majority of people were like me and of Chinese heritage, it would seem I would have had similar stereotypes leveled against me.

I don’t want to conclude this by saying that all people are racist or that systematic oppression is a practice everywhere. I also don’t want to say that discrimination, prejudice, or harmful stereotypes should ever be excused. I think we all need to accept that we have implicit biases against our fellow humans that have the high potential of morphing into harmful behaviors and make deliberate efforts to reform ourselves. I know now that we need worldwide deliberate reformation because if my time abroad taught me anything, it’s that discrimination and prejudice aren’t confined to my sixth-grade classroom. 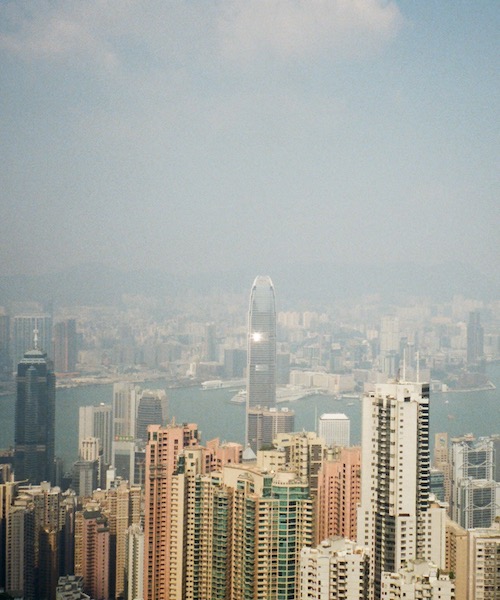