To be a woman just about anywhere in the world means adapting the way you operate in public spaces to avoid harassment and violence. Consider the almost universal advice 18-year-old girls receive before leaving home for the first time: Don’t wear headphones when you’re walking by yourself. Don’t make eye contact with anyone who catcalls you. Don’t jog at night. if you do jog at night, vary your route so no one follows you.

I was introduced to a new set of rules upon my arrival to Mexico City that further limited my ability to move around my new city. Of course, everyone needs to follow safety rules, especially in a foreign country, but there was a special set just for the women: I was told never to go out at night alone and to dress modestly and inconspicuously to prevent unwanted attention. “You girls will hear a lot from the men on this street,” said my host father while giving my roommates and I a tour of our neighborhood. “Just ignore it and keep walking.” Around the same time that I arrived in Mexico City, stories began circulating on social media about attempted kidnappings of women within the Mexico City subway system. That meant new rules, self-imposed for my own safety: Don’t take the metro by yourself if you can avoid it; if you have to take the metro, don’t stray far from the busy areas.

I have the privileges of a flexible schedule, a budget that allows me to use Uber, and residency in one of the safest neighborhoods in the city. For me, these safety rules are just a mild, although disheartening, inconvenience. For other women in Mexico City, however, the threat of violence in public spaces, especially on public transport, affects how they go to work, appointments, social events, family affairs, and everywhere else. In a 2013 study of Mexico City women, only 19 percent of women surveyed reported that they feel very safe in the taxes, buses, and subway that they use daily. As much as 90 percent of the reports made to subway security offices are about violence against women. Violence and threat of violence severely limits the right to mobility of Mexico City women and inhibit their access to the public sphere.

Mexico City has made some promising efforts to push back on gender-based violence, including designating portions of public transportation as for women only. In 2002, the first two cars of each subway train were set aside for women. In 2008, the city launched a new series of bright pink buses marked “solo mujeres,” (women only). These programs offer a somewhat safer alternative to general public transportation, but they are imperfect; the women-only buses run much less frequently than the rest of the bus lines, and sometimes men take women’s-only transport without consequence. Although these programs enable women to travel more safely about the city, they fail to hold men accountable for making public spaces dangerous for women. Men remain free to use public transportation however they want. Critics of women-only transport advocate for educational programs that would presumably foster more systemic change while supporters point out the program's short-term utility.

While I’ve always been aware of the way my gender influences my way of moving about in the world, living in Mexico City has forced me to reflect further on my right to mobility. Women aren’t the only people who face violence in public spaces for being who they are: queer people, disabled people, and certain racial or ethnic groups each face unique barriers to their mobility. Over time, harassment and the threat of violence forces marginalized groups to change their ways of navigating public spaces—perhaps limiting their work hours to days they can carpool instead of taking the bus, or avoiding nightlife. Under these circumstances, programs like Mexico City’s women-only transport provide a way for women to move around the city without facing violence. 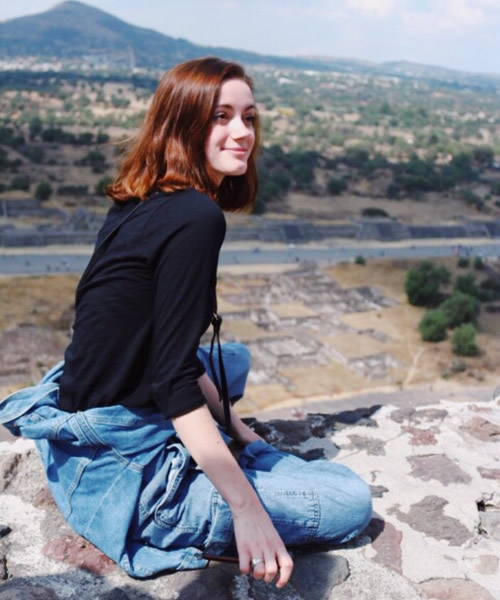 Jessica Frankovich (C'20) majored in government and minored in education, inquiry, and justice. Frankovich studied at Universidad Iberoamericana in Mexico City, Mexico in spring 2019 and took part in the Junior Year Abroad Network.