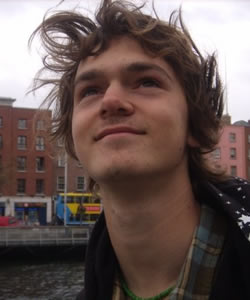 In Jordan, the vast majority of the population is considered Arab. Unlike the Gulf states, there are no masses of foreign workers brought in from abroad to work in technical positions or manual labor. Nor do Arabs in Jordan share the land with another historical population, like the Kurds of Iraq and Syria or the Berbers of Arab North Africa. Jordan has some South Asian maids and Western expatriate professionals, but both communities are very small and incidental to the make-up of the broader Jordanian population.

Despite the appearance of ethnic and racial homogeneity, Jordan's population contains numerous cleavages. Most prominent is the division between East-Banker Jordanians, who trace their roots to within Jordan's present borders, and Palestinian-Jordanians who trace their roots to neighboring Palestine. Although Palestinians are a slim majority of Jordan's population and constitute much of the dominant business class, the government and military are dominated by East-Banker Jordanians. Palestinian activism has long been considered a threat to the Jordanian state, and it led to civil war in 1970. The ethnic dynamic in Jordan is often simplified as tension between East-Bankers and Palestinians, as though those two categories are free from internal divisions.

Living in the Jordanian town of Ghor al-Mazra this summer, I have had an opportunity to see some of the nuances within the Jordanian population. The Ghor region, which stretches along the border between Jordan and Israel/Palestine, is populated by a Black Arab population not present in the rest of Jordan. Their ancestry is unclear, but they appear to be the descendants of slaves brought to the Middle East centuries ago.

When I travel out of the Ghor to the regional capital of Kerak or the national capital of Amman, conversations about my work usually follow a similar arc: when someone hears that I work in the Ghor, they are usually surprised and express concern or confusion that I would choose to live there. Granted, the Ghor is very hot and can be uncomfortable during the summer, but I also have heard a number of jokes about how it's odd that I'm living in the Ghor, considering my white skin. Sometimes, people in Kerak or Amman ask me whether it's even possible to teach “these people” anything. The tone of these conversations impress upon me the Ghor's reputation as a backward area with ignorant or immoral people, a stereotype which I believe is compounded by the visibly darker skin. For better or worse, the Ghoranis (as residents of the Ghor are called) generally stand out among other Jordanians, allowing generalizations to stick more easily.

Although they look different from the majority of Jordanians, the residents of Ghor al-Mazra consider themselves primarily Jordanian and Arab. The main minority identity they acknowledge is a regional one: they recognize the unique characteristics of the Ghor region, which has hotter, drier climate than the neighboring highlands, along with a different economy based on irrigated vegetable agriculture. However, this regional distinction parallels the racial divisions within this part of Jordan, so when someone refers to Ghoranis, there often seems to be a racial subtext. Other Jordanians also sometimes use racial slurs to refer to the Black Arabs of the Ghor, which belies the apparent unity of East-Bank Jordanians.

Given that Black Arabs are a visible minority, it is interesting that they don't consider themselves to have roots any different from other Jordanians. I am reluctant to ask my co-workers and students about their race, but I have learned that the Ghoranis say that their skin is darker just because the Ghor is much hotter than most other places in Jordan. Ghoranis form a fairly clearly defined minority, and there certainly seems to be a racial basis for the formation of the clear minority, but at the same time Ghoranis contain considerable variation in appearances. Like some African-Americans, some Ghoranis are actually quite fair-skinned and might not always be identified as Ghoranis if they were in another part of Jordan.

I'm not fluent in Arabic, so it's difficult for me to understand the dynamics of the society I'm immersed in. Jordan contains many different tribes, refugee populations, and regional minorities, like the Ghoranis. Also, written accounts of Jordan's diversity are not widely available, and it is almost impossible to find anything written about black Jordanians. This paucity of information may be partly due to the lack of an audience, but it is also true that the government is keen to present Jordan as a unified, relatively homogeneous state, given Jordan's newness and its history of civil strife. The government discourages discussion of Jordan's minority identities, which they see as threats to the development of Jordan as a unified nation-state with a common national identity and narrative.