The 3,000 Year Resiliency of the Nowruz Holiday

Over the past week, I've had the privilege of celebrating what is certainly one of the most enduring holidays on Earth. Nowruz, which probably emerged in the early Zoroastrian era of ancient Persia, has been banned or suppressed by groups as diverse as the Taliban in Afghanistan, the seventh and eighth century Arab invaders of the Persian world, and the Soviet Union in Central Asia. Despite this, Nowruz is still celebrated around the world, as it marks the beginning of spring and the first day of the Persian calendar.

Nowruz translates to “New Day” and marks the beginning of the calendar year in Iran and Afghanistan. Although the Persian calendar is rarely, if ever, used here in Tajikistan, Nowruz remains among the largest celebrations of the year.

This year in Tajikistan, the Nowruz spirit was somewhat dampened by a massive freak blizzard and large-scale electricity outages. However, the nation’s enthusiasm for the holiday was still very apparent. The bazaar swarmed with young women eagerly choosing new traditional outfits, the streets around my house smelled strongly of the Nowruz delicacies, and my host sisters showed off the new dance moves they had learned at their schools’ Nowruz parties.

Given the fact that Nowruz celebrations dominate early spring in Tajikistan, it is worth noting that the holiday was barely legal for much of the past century. According to my Tajik professors here, Nowruz was made illegal by the Soviet Union, which mistakenly believed it to be an Islamic religious holiday and therefore antithetical to the aims of the Communist Revolution. In the 1970s, Soviet ethnographers working in the region discovered that the holiday wasn’t Islamic after all, and permission was given to celebrate Nowruz on a small, unofficial level by the 1980s.

That Nowruz bounced back with such vigor after independence is inspiring. In one of my Persian classes here, I am reading a tenth century history of Bukhara (a predominately Tajiki-speaking city in modern-day Uzbekistan) that recounts the weeks-long festivities and bustling bazaars that accompanied Nowruz in the pre-Islamic era. The author also describes the bitter wars that following the Arab conquests and the tendency of Bukhara's rulers to return to pre-Islamic ways, which presumably include the celebration of Nowruz, whenever Arab armies left town for a moment. Despite this, by the late eighth century, Islam had become firmly entrenched among the settled peoples of Central Asia.

One might think that Nowruz, which faced the ire of the Arabs on numerous occasions, would have disappeared like many other Zoroastrian practices. However, with the establishment of Persian-speaking Islamic dynasties in Iran and Central Asia beginning in the mid-800s, Nowruz was once again celebrated on a large scale. Up until the twentieth century, the celebrations probably continued without concentrated antagonism. Indeed, groups like the Mongols, for all their supposed barbarism, made no attempt to suppress Nowruz, and their descendant Turkic-Mongolian dynasties embraced the holiday as their own.

In addition to the Soviet Union, both the Taliban and the Islamic Republic of Iran have tried and failed to curb the popularity of Nowruz. In Afghanistan, the Taliban equated pre-Islamic with un-Islamic, and the holiday was forbidden outright. According to my Afghan Dari professor, Nowruz has started to return on a large scale since the beginning of the NATO occupation. Afghans from around the country often flock to Mazar-e-Sharif to celebrate at the famous Blue Mosque, despite the fact that terrorist groups have attempted to disrupt the celebrations in recent years.

While the Islamic Republic of Iran never banned Nowruz, attempts were made to limit the influence of the holiday. In particular, the government has tried to restrain a related celebration known as Charshanbe Soori, which involves leaping over a bonfire as a sign of renewal. Charshanbe Soori remains politically contentious and is frowned upon by members of the Iranian religious establishment, and some religious hardliners in Iran still disdain public celebrations of Nowruz. It seems, however, that attempts to suppress Nowruz have largely failed, and the political leadership of Iran currently recognizes the holiday.

Indeed, Nowruz is perhaps most impressive for its ability to absorb new religious and cultural inputs, all the while essentially remaining the same holiday that was celebrated in the Achaemenid Empire in the sixth century BCE. One will often find a Qur'an sitting among the traditional pre-Islamic symbols of Nowruz, a nod to the Islamic heritage of the region. It is this blending of Islamic belief with pre-Islamic traditions that makes the annual celebrations at Mazar-e-Sharif so unique. It is also worth noting that even the Iranian calendar manifests this mixture of customs: although the calendar is based on ancient Persian astrology, the year begins with the pilgrimage of the Prophet Muhammad from Mecca to Medina.

As I watched Tajik women preparing sumanak, a traditional paste made especially for Nowruz, I reflected on the long and troubled history of the holiday. I am in awe at the fact that 3,000 years after the first Nowruz celebration, I am still able to don traditional Tajik clothes, preform time-honored Afghan songs, and gather around a haft sin table to commemorate the new year. I am hopeful that this resilient holiday will survive another three millennia. 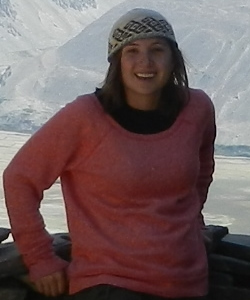 Amanda Lanzillo graduated from Georgetown's School of Foreign Service in 2013 with a degree in international history. She contributed to the Berkley Center's Junior Year Abroad Network while studying in Dushanbe, Tajikistan during the 2011-2012 academic year.
comments powered by Disqus