The Culture Behind the Italian Slow Meal 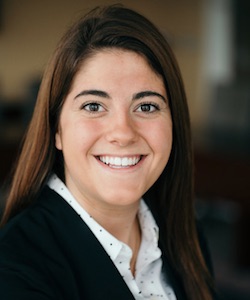 Traveling through the different Italian regions will bring culinary aficionados a variety of food options and methods of eating. Risotto and red wine are popular picks in the north, while in the south many prefer to twirl their spaghetti on a fork with the help of a spoon. However, while the regions might have their own eccentricities when it comes to the happenings of the kitchen table, one thing remains the same across the peninsula: the Italian slow meal.


Meals typically begin with some antipasti, which finds its American equivalent in the appetizer. These are usually dishes of fatty meats, sharp cheeses, and salted breads. They’re not meant to satisfy someone’s appetite, but rather give a small option to snack on before the meal arrives. Following the antipasti is the first course. These dishes are heavier, often consisting of a pasta or risotto dish. Once that is finished, the second course is delivered. This plate typically consists of a meat or fish and a small side. The final courses can involve coffees, dessert treats (often called dolce), and digestive drinks.

This style of eating is not the quick in-and-out that Americans have come to know and love: it is often a multi-hour affair. Wait service in Italy can be slower than it is in the United States, and usually the check is not brought out until it is specifically asked for. The wait staffs make the decision to serve like this, so it is not a result of their ignoring their customers, but rather giving them the privacy to take their time at the restaurant. And the Italians don’t mind the time. In fact, they expect to spend large amounts of time at the table.

Their reasoning is two-pronged. First, meals are meant to be enjoyed (which is convenient considering how good the food is). Food is one of the defining characteristics of Italian culture, and it is taken very seriously. Many Italian dishes are simple and consist of only a few ingredients. Often they do not serve butter or olive oil with the bread and do not over-indulge in herbs in their pasta sauces. They believe these add-ons take away from the true taste of the meal and are used in American dishes only to mask poor food. Thus, it important to Italians that during meals they should take the time to understand what is in front of them, taste the different flavors, and appreciate the meal.

Second, the food is not the only part of the meal that is meant to be enjoyed—the company is, too. Longer mealtimes allow Italians to speak to one another, have meaningful conversations, and enjoy the experience together.

It is impossible to talk about culture in Italy without mentioning the Italian insistence on this slow meal. Meals are not solely for sustenance, as they often are in America. Italians often mock the American fast food habits of shoving food into one’s mouth with barely any time to breathe, let alone speak. Rather, they prefer to sit, forget about whatever else is on their mind, and enjoy a good culinary experience in good company.