The Culture of Student Life in Hong Kong

The lives of college students in Hong Kong are very different from those of their American counterparts. For example, at Georgetown, my experience has been that students approach their academics very passively. Students tend to skip class often, and procrastination is endemic. However, this is not the same in Hong Kong. Most students here at the Chinese University of Hong Kong (CUHK) deeply value their educations; almost every student I have spoken to here values their education at CUHK more than extracurriculars, social life, or relationships. Since the first day I arrived at the university I noticed the same trend; study spaces are at maximum occupancy every hour of the day. Students frantically prepare for exams and homework weeks before the assignments are due. Even with such efficient time management, students here seem to never run out of work to do. There are always endless amounts of revision to be done before a test, and the fact that the courses at the school are graded on a curve doesn't help to stifle competition amongst students. This type of pressure on students creates excellent graduates at the university; however, it does come with consequences. Students often complain about the pressures of school and family expectations. Just last semester, an engineering student committed suicide on campus due to the pressures of his academic program at CUHK. Academics is engulfing here compared with student life in the United States. University here is almost entirely about academic rigor, whereas in the United States, it is about learning to balance education and personal responsibilities.

Speaking of personal responsibilities, students in Hong Kong are less independent than their American counterparts. Almost every weekend, students will return home in order to spend time with their families. Some students only use their dormitory room as storage space and return home every day after class. This lies in contrast to the traditional American college student attending a similar four-year bachelor's degree program. I know personally, I learned to do laundry, cook for myself, and manage my own personal finances while living at Georgetown, and I am sure the same goes for the majority of Georgetown undergraduates. Students at CUHK aren't bothered with such things; by having their parents provide meals and do their laundry for them, students are able to study more. Also this trend shows how important family is in Asian cultures. Returning home is often seen as a way to respect your parents and may even be expected in certain families. The fact that Hong Kong is also such a small region also makes frequent trips back home easier.

Students do participate in extracurricular activities on campus. Students participate in clubs just like we do at Georgetown, but the difference is that extracurriculars are heavily influenced by the dormitory you live in. At Georgetown, we are used to having the debate team, or the international relations club. In Hong Kong, students participate in clubs only with the members of their dormitory. The university believes this aims to help create a family atmosphere among the residents of each dormitory. Different dormitories may compete with other dormitories in sports or debate, et cetera. In addition, the alcohol culture found at Georgetown is almost nonexistent at CUHK. Students who do drink on campus tend to only have one or two drinks while talking with friends or playing board games; a scene very different from the Village A rooftop on a Friday night. Local students are also active in dating on campus. Some believe it will get in the way of their studies and do not want a significant other. Others believe that the companionship helps alleviate the stress from school. Romantic relationships are very different here as well. Students are very open to displaying their affection for one another if they are in a relationship. One night stands are almost unheard of on campus—local students frown upon it. This is different from the culture of Georgetown, where "hooking up" is the norm while dating is a rarer trend.

As my time in Hong Kong draws to a close, my greatest experience has been comparing and contrasting our community at Georgetown to that at CUHK and trying to find the reasons for the differences in our cultures. I have enjoyed learning more about the culture of student life on campus, and hope to bring back a piece of it to Georgetown with me. 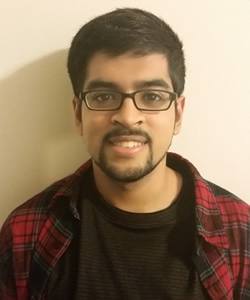 Saumik Rahman graduated from Georgetown's School of Nursing and Health Sciences in 2016 with a major in healthcare management and policy. Hailing from Ardsley, New York, he spent the spring 2015 semester studying in Hong Kong, China at the Chinese University of Hong Kong and blogged for the Junior Year Abroad Network. During his time abroad, Saumik learned more about Chinese culture as well as built on his basic Chinese language skills in one of the most diverse and unique cities in East Asia.
comments powered by Disqus