There are two competing theories regarding the way societies should treat criminals. One is the theory of retribution; the idea that criminals must pay for their crimes through punishment that is proportional to their crime. This theory is focused on punishment and less on the factors, including societal ones, that may have lead to the crime. Around the world studies have show that a retributive system creates a divide between prisoners and society, encourages future criminality, and thus the rate of recidivism.

Then there is the theory of rehabilitation, which is the core philosophy of the Danish prison system. It encourages solving the problems that led an individual to crime rather than punishing the crime itself. It works to retrain and reintegrate criminals back into society.

The features of this system are based on the idea of “normalization,” where the prisoner’s environment closely resembles the outside world that they will ideally return to and function in. In fact, most Danish prisoners, usually those with sentences shorter than five years, live in open prisons, which typically lack walls and the security features we normally associate with prisons.

The prisoners attend classes, work a standard Danish workweek (37 hours), and even do their own shopping and cooking. Married couples are often allowed to live together and even with their children if under 3 years old. The result, seemingly, is an extremely low rate of recidivism. Inmates are able to easily transition from prison to everyday life.

Danish system also relies on handing out short sentences. The average sentence is six months, and only two percent are over two years. In fact, more than half of sentences are three months or less. Not surprisingly, a Danish man facing child pornography charges in the United States requested to be sentenced in Denmark, where he would likely only face six years.

Of course the worry some Danes have is whether the system is too soft. One value of a system of retribution is that it could deter future crime. Life in a Danish open prison is far from ideal, but it is much better than most prisons in the United States. One prison guard found a 100 gram lump of hashish in a visitor’s pocket. The guard was reprimanded for breaking the rules by frisking a visitor.

While it is often under debate, the Danish model does seem to be effective. The real question is are we looking at causation between the Danish system and low re-incarceration rates, or simply correlation. The Danes live in a country with very low poverty, a low income gap, one of the world’s best social safety nets, and almost no access to guns. Is the success of the Danish model something that can only work in such a society, or should we be experimenting with it in the United States? 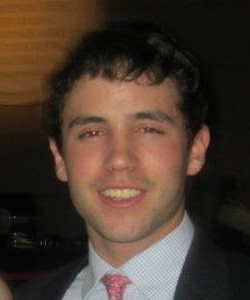 Galen Foote graduated from Georgetown College in 2014 with majors in government and English. He participated in the Berkley Center's Junior Year Abroad Network while studying in Denmark during the fall semester of 2012.