The Evolution of Mormon Political Engagement 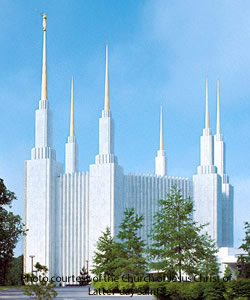 A Mormon/Republican Party alignment has emerged over the last several decades as Mormons have moved toward the conservative center of American public opinion on issues such as religious freedom and opposition to gay marriage. This alignment has persisted during the Trump administration; a 2017 Gallup poll aggregation showed that 61 percent of Mormons approve of President Donald Trump, the highest of any religious group. However, compared to the contemporary religious right, Mormons have displayed a greater willingness to compromise, for instance on a 2015 LGBT nondiscrimination bill in Utah that also included religious liberty protections—the result of conversations between church leaders and representatives from the state’s LGBT community. Utah now has the third-highest level of support for LGBT nondiscrimination laws (82 percent) in the country. At the same time, 61 percent of Mormons support a pathway to citizenship for undocumented immigrants, compared to 58 percent support from white mainline Protestants and 54 percent of white evangelicals. Crucially, the Church of Latter-day Saints maintains near-universal acceptance among its members for the core tenets of the religion. This means that official church proclamations, such as the LDS church’s opposition to the executive order preventing most people from Iran, Libya, Somalia, Syria, and Yemen from entering the United States (the so-called “Muslim ban”), carry significant weight that is not shared by high-ranking evangelical pastors with their members or even by the pope with Catholics in the United States.

This week the Berkley Forum asks: How effective have Mormons been in pursuing their political priorities? How do their accomplishments measure up compared to other branches of Christianity? What is the basis of the continuing strength of the Mormon/Republican Party alignment? What are some likely scenarios for the future of Mormon political engagement?

Response: Mormonism: Effectively at Odds with Others and Itself