In my Czech language class, we reflected on our struggles living in Prague in comparison to the United States. This got me thinking. It’s been two-and-a-half months since I’ve arrived in the Czech Republic, and the time has flown by. By now, I have adapted to many cultural differences and can successfully navigate life here. I’ve learned how to use public transport, how to speak just enough Czech to get around, and have memorized the geography of the region. Overall, I’m in good spirits and dreading for this semester to be over. I don’t have it all figured out yet, though. One aspect of the Czech culture that remains supremely exasperating to me is grocery shopping, although I’ve learned a lot from it.

I took grocery shopping for granted in the United States. Being able to read all the labels in a store is a gift. In the United States, I would drive to Trader Joe’s and be in and out within 20 minutes, not planning out my meals but purchasing whatever looked appetizing at the time. Here in Prague, grocery shopping is a more difficult task. For one, it takes an extremely long time. I have to attempt to translate the completely foreign language written on a product, as well as meticulously plan out each meal, and this is not easy. I am not skilled enough in Czech to be able to decipher every type of food. Thus, when I go grocery shopping, it is a toss-up—sometimes I end up buying a basket full of random foods because I was unable to understand the labels. This gets frustrating, especially when you come home with the wrong product for the third time in a row, such as the time I was trying to buy goat cheese. First, I came home with taveny syr, a Czech cheese resembling cream cheese. Then, I unintentionally purchased creamy ham flavored cheese. The third time was the charm and I finally came home with the chive goat cheese I had been after. This experience vexed me, but as a result, I got to try two other types of local cheeses, and the taveny syr, which was originally a mistaken purchase, has become one of my favorite foods here in Prague.

Another issue I’ve faced abroad is temporary malnourishment. Fresh vegetables and fruits are disproportionately expensive, and thus, I stay away from those. As a result, I know I’m not getting enough nutrients. The other day, I traveled to Madrid, and while eating a salad there, I realized it was the first fresh vegetables I’d had in months. In Prague, the three food groups I find myself eating the most are carbs, meat, and cheese—not exactly the picture of health. And, I find myself missing many of the foods I took for granted in the United States. Bagels are the biggest loss. Here in Prague, they have Rohlik s syrem, which is a long baguette with cheese on top, and I’ve adopted that as my Czech bagel, but it is not the same. Despite this, through the unique Czech foods I purchase, I am experiencing another layer of the culture. While the Czech people may eat very different foods from Americans, I am learning new things and pushing myself outside my comfort zone, which has been beneficial.

Finally, grocery shopping in Prague is frustrating because of the different regulations on food in comparison to the United States. Fresh food that one buys in Prague spoils rapidly—and this is due to the stricter regulations regarding chemical use here per European Union standards. Because of this, people in the Czech Republic go grocery shopping more frequently but purchase food in smaller quantities. My Czech roommate’s eyes nearly bugged out of her head when she saw the five bags of pasta, five bags of frozen vegetables, and assortment of other bulk items I bought as sustenance for the month ahead. As far as the food spoiling goes, just the other day, I bought a bag of fresh spinach, and within two days, the produce was rotting. While this might not seem significant, it is surprisingly difficult. However, on the plus side, I’ve learned to adapt. Every time, I’ve gotten better at predicting how much food I can eat before it spoils. As a result, I’m shopping more like a Czech, but also wasting less food because it is no longer spoiling before I can eat it. This is definitely a skill that I intend to take back to America with me.

In Prague, the best way to deal with getting frustrated in the grocery store, or rather, bringing home $40 worth of the wrong groceries, is to laugh about it and try to do better next time. This has been my experience, not only with grocery shopping but also with other difficulties adjusting to a new culture. I’ve made loads of mistakes while being here—getting on public transport in the wrong direction, meeting for class in the wrong location, even leaving something behind that I’d purchased at a store. However, when frustrations occur, one has two options—they can either get down on themselves and think about how bad they screwed up, or they can look back at their mistakes as a learning experience and move forward. The latter is the perspective I tend to take, and it has made my abroad experience much more pleasant. And, this lesson will surely be applicable when I go back home; I’m going to give myself a break, not be so harsh on myself, and learn to laugh at my mistakes because, in a new culture, or even when attempting to adapt back to a familiar culture, there are going to be mistakes along the way, so you might as well live life with a little optimism and laugh about it. 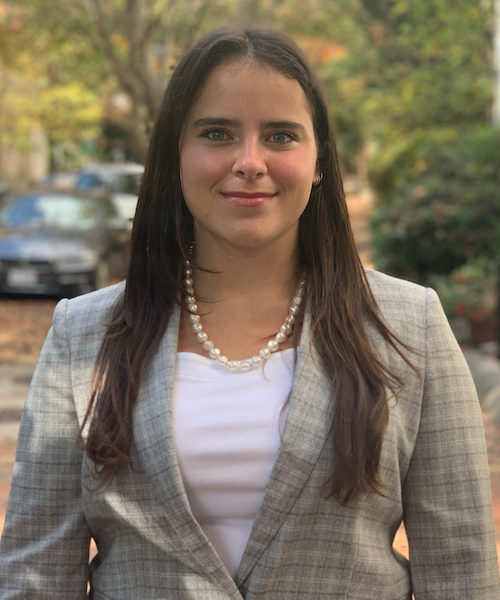