The Pioneering Role of Women in Interfaith Family Communities

Two pregnant women meet in a YMCA exercise class: one Jewish, one Christian, both in interfaith marriages. They discover they share an intention to raise children with both family religions. Together, they recruit two more women—one Jewish, one Christian—and create an interfaith education program for interfaith children. More than 15 years later, that program, the Interfaith Families Project of Greater Washington (IFFP), is educating more than 100 interfaith children. My own children, products of the program and now young adults, call those first four women the “founding mothers” of IFFP.


I tell this story in my recent book, Being Both: Embracing Two Religions in One Interfaith Family. But I have not, until now, really stepped back to think about why it is that we have four founding mothers, and no founding fathers. And I think it is a question worth contemplating.

I don’t think the role of women in forging this new pathway for interfaith families is a coincidence. Throughout the history of most major religions, men have written the dogma, and men have enforced the policies. One result is that women in interfaith relationships have told me of feeling patronized, disrespected, misunderstood, and even bullied by religious authorities.

Specifically, the messages these women hear are filtered through assumptions about gender and religion. One message is that the wife must put aside her own beliefs and traditions and adopt her husband’s religion for the sake of religious conformity within the family. That’s the message my mother heard, and heeded. On the other hand, women may also hear that the mother is naturally more influential in terms of the religious formation of the children, and so she must convince her husband to agree to raising children in her religion. Both of these arguments attempt to use gender to simplify the complexity inherent in an interfaith family.

In the case that creates perhaps the most cognitive dissonance, the children of a Muslim father and a Jewish mother may be exclusively claimed by both religions, because traditionally in Islam the children are expected to be Muslim if the father is Muslim, and traditionally in Conservative or Orthodox Judaism the children are considered Jewish if the mother is Jewish. Clearly, this is not going to work very well if each side rejects the right of the child to claim both religions, or to create his or her own identity in adulthood. Gender-based arguments about the religious identity of children also make little sense in an era when many families have one parent, when both parents may be men, or women, and when we are beginning to understand that gender itself is, on some level, a false binary.

The traditional response to conflicting gender-based claims on the religious identity of interfaith children has been: “Don’t marry across religious lines. Don’t blur the boundaries. Binaries are necessary to make us feel secure; choose to be one thing.” In contrast, the pioneering women I describe here are saying: “We are diverse: as individuals, as families, as communities. We cannot be distilled down to single-word identities. We embrace complexity.”

In the United States, women first began to create intentional interfaith family communities in the late 1980s. Lee Gruzen first articulated the idea of creating a community for interfaith families in her book Raising Your Jewish/Christian Child. She inspired Sheila Gordon to help her form the first interfaith education program for interfaith children, the Interfaith Community, in New York. Soon, women had founded similar programs around the country, including the Washington, DC community I call my own. Meanwhile, Joan Hawxhurst and Mary-Helene Rosenbaum launched and steered a national support network for interfaith families called Dovetail.

Based on the leading role of women in founding these communities, perhaps there is truth to the idea that it is often women who feel the drive to connect with community and to ensure that their children get religious education. But these women felt that both partners in the relationship could take an equal role in the religious education of the child. In creating these new communities, these founders put priority on religious balance, on honoring both the mother and the father, on inclusive rather than exclusive identity, and on the idea that more education is always a good thing. They rejected the idea that religious uniformity within the family unit is the best solution for every family.

The fact that women are leading this movement holds true abroad as well. In England, the Inter-Faith Marriage Network supporting Christian and Jewish couples was founded by a woman, as was the Muslim-Christian Marriage support group there, and the Muslim and Christian family support group in Scotland. We have plenty of men now leading interfaith groups as well—radically inclusive clergy, fathers who are passionate about the religious education of their interfaith children, even leaders of religious institutions beginning to understand that raising children with both religions can bring benefits as well as challenges.

I am not arguing here that women alone can or should lead interfaith family communities. On the contrary, such an argument would be inconsistent if not hypocritical, as these communities strive to be radically inclusive in providing homes for families often rejected elsewhere. But going forward, I think it will be interesting to explore the relationship between the male-dominated structures and gender-based policies of traditional religious institutions, and the boundary-defying communities being created by women. 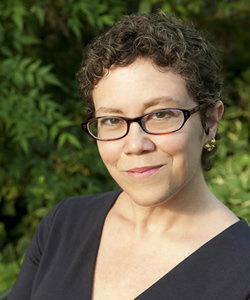 Susan Katz Miller is an author and a former Newsweek reporter. Her book Embracing Two Religions in One Interfaith Family (2013) chronicles the grassroots movement of interfaith families choosing to educate children about both family religions. Being Both is based on ten years of research, original surveys, and interviews with parents, grown children, clergy, and interfaith educators. Miller's October 2013 op-ed for the New York Times on raising children with both religions received more than 600 comments. Her work has also been featured in NPR's All Things Considered, Diane Rehm Show, Time, Utne Reader, Slate, Salon, Jewish Daily Forward, and many other media outlets. Miller blogs on interfaith families and complex religious identity at Huffington Post and at OnBeingBoth.com. She is a former co-chair of the Board of the Interfaith Families Project of Greater Washington DC.