To be “American” in the Dominican Republic

During the past three months here in Santo Domingo, I have been forced to rethink the ways in which I self-identify and why I value my ethnic/racial background. In the United States, I identify myself as a biracial woman with a Cuban-American father and an African-American mother. I am neither Black nor Latina; I am both. But here, I am simply rubia. As a disclaimer, when I first learned Spanish, I was taught that rubia meant light skin, light hair, and light eyes, of which I only have one: light skin. The first time the bus driver referred to me as rubia, I ignored him because I thought he was talking to someone else.

Here in the Dominican Republic, rubia essentially implies anyone that has semi-light skin. While explaining why I was confused at this new identity to my host brother, he could not fathom that I was black, or rather African-American, because I have light skin. It seemed as though it just didn’t make sense to him. Here, I cannot be black because my skin tone is light. Because I look more Latina than Black, or so I have heard, people here identify me for my outward appearance and just assume that I am Dominican or some type of Latina and leave it at that. At first, I was incredibly offended by this new revelation, but then it caused me to question why I value my racial and ethnic identity so much. In the United States, it is a cause of pride for me and to not be able to express that here was initially incredibly frustrating. I feel like half of me is invisible in this country.

Not only is racial identity complicated in the Dominican Republic, but nationality and race seemingly overlap here, which does not occur in the same way in the United States. I would never identify myself as merely American back at home, but here I am considered to be an American who happens to have Hispanic ancestry. As I was trying to explain to my host family that one of the girls in my program is Dominican, they were incredibly confused. To them, Dominican means to be born here on the island, but for me having Dominican family leads to a Dominican identity. I tried to explain that even though she was born in the United States, that she still eats arroz con habichuelas, tostones, and mangú (rice and beans, fried plantains and mashed green plantain), listens to merengue and bachata at home and speaks Spanish with her family. However, to them she is still American by nature of her country of origin. It seems as though it is very difficult for non-Americans to understand the racial dynamics and bonds to countries of origin that exist in the United States for generations.

To be born in the United States is to be American, yet in other cases to be American is to be Caucasian. When my host brother tried to describe the previous students that have lived with his family when they came here to study abroad, I found it very interesting when he described the “American-looking girl,” you know, the “typical American, blond hair and blue eyes” and the “African-American girl,” who is always referred to as such. Although clearly they were both from the United States of America, one, according to him, was clearly American looking, whereas the other was a “different kind” of American. As it sometimes seems in the United States, to be white is to be American and to be of color or the Other is to be a hyphenated American.

As you can imagine, I am still trying to figure out what it means to be American here in the Dominican Republic. Because I was born in the United States, I am American, but I am not blonde with blue eyes, so I am Hispanic and Black-American, but because I have light skin, I am only American with Latina ancestry? I have come to understand that identity is simply different in different cultures, and there is no way for me to change that. I am a proud Cuban-American and African-American woman wherever I go, because that is how I choose to identify myself. It may sound cheesy, but I have to just chalk it up to cultural differences because it really doesn’t matter how “American” someone else thinks I am. 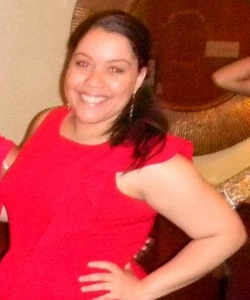