Traditional Medicine in the Lowlands of Bolivia

On the front of naturalist Don Francisco’s office door there is a quote that reads: “…sus hojas sirven de medicina…” (“…his leaves serve as medicine…”)

The full quote from Revelation 22:2 reads: En medio de la ciudad, a uno y otro lado del rio, hay árboles de la vida, que dan fruto doce veces, una vez cada mes, y sus hojas sirven de medicina para las naciones. (In the midst of the city, on either side of the river, there are trees of life, which bears fruit twelve times, once every month, and its leaves are used as medicine for the nations.)

I have just completed a visual anthropology research study focusing on traditional medicine in the lowlands of Bolivia. In order to do this I lived with traditional doctor and naturalist Don Francisco and his family while observing Don Francisco’s daily practice, interviewing him and his family members and exploring the physical environment from which he draws his natural remedies.

Don Francisco learned his trade from studying with his father, also a naturalist, and from exploring the educational resources in his home department of Santa Cruz (southeastern Bolivia). He now lives and practices in his hometown of San Ignacio de Velasco, about ten hours outside the major city and departmental capital, Santa Cruz de la Sierra.

Bolivia is divided both geographically and culturally into the highlands (las tierras altas or el occidente) and the lowlands (las tierras bajas or el oriente). Of course the Spanish language vocabulary has adopted this division as well; people from las tierras altas are referred to as colla and people from las tierras bajas are referred to as camba. As with most nicknames in Bolivia, when said with the right tone these names can be affectionate (cambita, collita), and when said with the wrong tone, these names take on a form of discrimination.

Bolivia has an astonishing 36 governmentally recognized indigenous cultures/ethnicities (all with their own language), and the new constitution written in 2009 recognizes the country as a "pluri-national state." The legal and colloquial definition of "pluri-national state" is just as confusing as it sounds, but most people I have spoken with agree that it is been an improvement to recognize the many indigenous cultures in the new constitution.

Over arching these 36 ethnicities are two main, very distinct lines of tradition that fall along the geographical lines of las tierras altas and las tierras bajas. Roughly speaking, las tierras altas are made of two main indigenous cultures (Aymara and Quechua), which stem from Andean culture. These cultures have the most influence in the country as the legislative and judicial capital cities (La Paz and Sucre) are located in the highlands. Las tierras bajas actually make up two-thirds of the country physically and 34 of 36 of the ethnicities, although they are historically marginalized groups and left out of the national discourse. Las tierras bajas stem from Amazonian traditions.

Traditional medicine in Bolivia is therefore a combination of the physical environment (the plants that are available locally) and the human culture (whether that be Andean culture or Amazonian culture).

To be exact, I chose to do my study in the tropical southeastern part of the Bolivia lowlands, a region called la Chiquitania, defined by its own unique ethnic group. When the Spanish first came to this part of South America they saw that the people were smaller (or chico) in size and therefore named the people los chiquitos who live in la Chiquitania. La gente chiquitana do not exist outside of their region in Bolivia, and what I can gather is that it is a culture that was formed during the arrivals of the Jesuits in Bolivia (circa 1570s) and emerged out of the process of evangelizing local tribes throughout the next several decades.

Today all that is left is the mixture of cultures (indigenous and European Jesuit); a pure indigenous culture is nearly impossible to find. This land is sprinkled with Jesuit missions architecturally designed like traditional European churches but with material and decorative style of the local culture. For example, two wooden columns might flank the church, but the wood will be from local forests and the column will be engraved with corn stalks and leaves. Although this is not the type of architecture that existed before, it’s certainly not European either. It’s a mixture.

The present day culture is similar to the architecture; the culture is not native to the land (as Jesus Christ was an imported figure to Latin America), but it is indeed its own distinct culture separate from its European ancestors. In regards to medicine, there is a large connection to God, the Holy Trinity, and the Church. The people here are deeply religious and the more "traditional" you search, the more Catholic you find.

The “culture" part of the traditional medicine found here is rooted in the people's faith in Jesus. During my research I observed that Don Francisco wakes up at 5 a.m. every morning to pray for an hour, attends church every Sunday, and keeps a Bible on his desk (which he reads during his spare time between clients). He serves on an advisory committee at the church as well as on an advisory committee at the local hospital. It is common for traditional medicine of any culture to include preventative practices rather than simply prescribing medication; I see Don Francisco's very dedicated and pious lifestyle as his way of preparing himself for future challenges, a type of spiritual medicine. Indeed, not all of his consultation is about sickness; health is also about wellness. Not all of the sicknesses he sees are physical; several of his clients have "cultural sicknesses" or other mental/psychological ills. I ultimately found Don Francisco's lifestyle to be both inspiring and admirable--a true man of service.

The "environment” part of the traditional medicine found here is rooted in the local plants, the hot climate, and the most affecting sicknesses to this area. Don Francisco makes all of his remedios caseros ("remedies of the home") from plants he finds in the mountains surrounding the town or from plants he grows in his own garden (cinnamon tree, papaya, passion fruit, etc.). The industrialization and globalization of our modern world also affects Don Francisco’s practice. He can speak to the industrialization of the agriculture business in this part of the country because what used to be lush mountainsides full of medicinal plants are now flat fields that were burned to make room for soy crops.

The medicine is custom to the needs of this town; the hot climate and heavy rain season make malaria and dengue common, so therefore Don Francisco has made remedies for these illnesses as well. He of course advises his clients to take preventative remedies (mostly extract of garlic!) to prevent getting bit by mosquitoes and then getting malaria or dengue. Perhaps the most common affliction here is diarrhea and/or vomiting. Don Francisco has a natural remedy for that as well.

Don Francisco describes the harmony between his traditional medicine practice and the local nature when he calls nature “God’s pharmacy,” where all remedies can be found.

I think the biggest lesson I took away from my time with Don Francisco was that we all as humans have a culture and an environment, and it is from these two factors that we derive the way we care for ourselves.

I left asking myself questions: What do I believe a sickness to be? A cure? What is my medicine? How do I prevent illness? To whom do I credit my health? To myself or to a larger actor? And most importantly: How do I preserve the environment that grants me my health (whatever physical or emotional environment that may be)?

I wish you health and happiness! 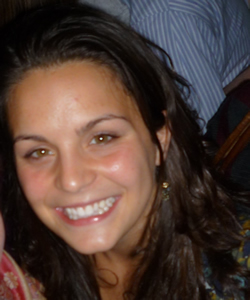 Sarah Vazquez graduated from Georgetown in 2013 with a major in American studies. She blogged for the Junior Year Abroad Network while studying in Bolivia during spring 2012.
comments powered by Disqus