Unity in the Face of Sadness 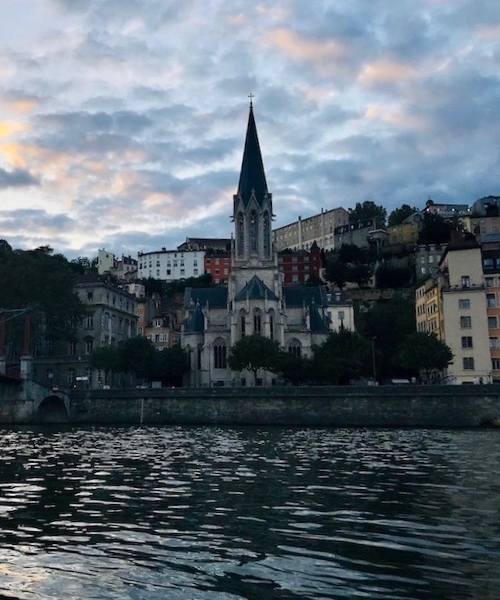 It was a regular Monday for me: I had gotten up just a little too late before class, forcing me to quickly finish my coffee before running out the door. I hurriedly found a seat for my 10 a.m. class on social justice in France, having no idea that over the weekend, former French president Jacques Chirac had died. While I had only heard the name in passing and knew very little about this former president, I quickly realized the depth of his legacy as our professor announced to us that the day, September 30, was one of deuil national, or national mourning. In this same class, we watched a televised speech from President Emmanuel Macron, during which he described the lasting impact and numerous accomplishments of this French tycoon. As he reiterated the values that Chirac embodied, Macron, whose own term has been fraught by division, seemed to mourn not only a person, but a certain image of France: one of unity and tradition. As I processed this speech, I found myself considering how the death of former leaders often brings out a new form of patriotism that might not otherwise be expressed.

Throughout that day, I learned increasingly more about Chirac, as we had a moment of silence to commemorate the president in one of my classes, and at dinner with my host mother, she again explained to me that it had been a national day of mourning. As we discussed what that meant, I explained to her that in the United States, we had a similar series of days following the death of former president George H. W. Bush. Having been at Georgetown at the time, I vividly remember the collective sadness of those days that transcended partisan politics and provided a brief moment of unity in a time during which our nation feels strongly divided. Months later, on this September day in France, I found myself reflecting again on why the death of a former leader—and even one who during their tenure, might not have been liked by all—brings out a certain patriotism and unity within citizens.

Perhaps it is the power of nostalgia that sets in with the loss of a national figure, in which individuals ponder how much better things were when a late leader was in power. Perhaps, also, it is the impact of death, in and of itself, as an abstract concept in human life that leads to reflection and remembrance with more sensitivity than during the lifetime of a leader. Perhaps, finally, it is some combination of the two, in addition to the impact of social media which amplifies news of such tragedies on a larger level. Whatever the case, experiencing the national day of mourning for a major French figure while abroad allowed me to see the depth to which political service is rooted in traditional French culture, as well as how certain politicians embody that political history and are thus central to the very notion of the country itself.

Furthermore, this day has continued to make me reflect on why it is in loss that we, as a nation and as citizens of the world, feel more capable of coming together. While I definitely understand the need to celebrate former leaders when they pass away, I also wonder why their loss must lead us to such a place as a nation and as a society. National tragedies provide a shock to the system, and a consequent shift in focus from the very real social, political, and economic differences that divide a society to a unifying celebration and respect for important figures, if only for a short period of time. Ultimately, I think the best way to commemorate and celebrate the lives of these historic leaders is to ask ourselves what it is about their legacy that fosters unity. Building on that, we must also ask ourselves what we can do, together, to foster that same kind of unity in our daily lives. In this way, perhaps we can continue the legacy of such greats, while also coming together, as French, Americans, and citizens of the world for generations to come.