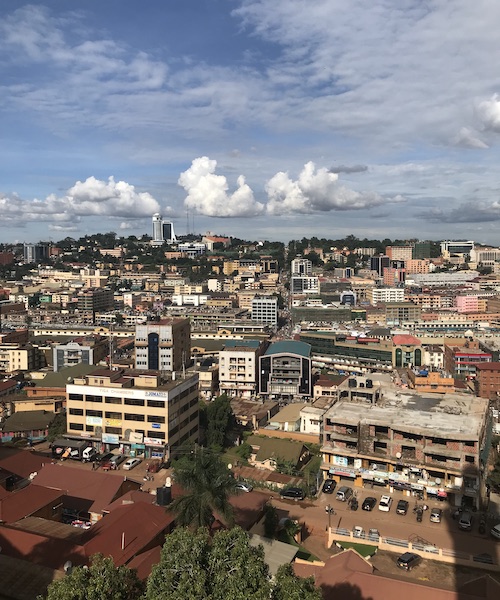 As the Supreme Court of the United States is preparing to announce a final verdict on the Obama-era DACA policy, 700,000 American dreamers are anxiously awaiting a decision that will determine the fate of their future in the United States. The path to this decision has been forged by xenophobia and paved by nativist rhetoric megaphoned by Trump and his administration. It is a display of distorted ideals around what it means to be American. The fight against DACA fits into a broader tapestry of Trump-led efforts to minimize immigration of any kind, including refugees. In September of this year, for example, Trump slashed refugee admissions into the United States to a quantity far below anything seen in the past several decades.

Rwanda’s government is also grappling with immigration and refugee-related policy. However, the path embraced by President Paul Kagame’s administration could not be more different from Trump’s. Over the past several months, Rwanda has welcomed waves of asylum-seeking Libyan refugees, who endured violence, torture, and unlawful detention at home. Kagame has publicly promised that these refugees will “live like citizens” in Rwanda, a pledge standing in stark contrast to Trump’s insistence that the dreamers—despite calling the United States home, sharing American cultural values, and contributing to the national economy for decades—are not true Americans. Rwanda’s philosophy concerning refugees is informed by empathy and the compassionate practice of sharing national resources with those in need.

A conversation with my host family and neighbors in Kigali further illuminated differences not only in national policy, but also in local perceptions of refugees between Rwanda and the United States. When asked about her thoughts on the influx of Libyan refugees, my host mom shared Kagame’s view, asserting that if Rwanda has extra space and resources that they should share with those in need. A friend of hers added that many Rwandans have themselves been refugees, and intimately understand that hardship. Despite the fact that the majority of Americans are themselves descendants of immigrants and that immigrants built modern America, space for empathy is suffocated by the belief that immigrants are somehow eroding American ideas and jeopardizing the national economy. Immigration critics insist on the economic consequences of immigration, but the ACLU finds that, instead of taking jobs, immigrants actually create more of them, benefitting the lives of both immigrants and American citizens.

Rwanda, still in the midst of state reconstruction, looks at how immigration contributes to national growth, instead of condemning immigrants as job-takers. By all metrics, Rwanda is poorer and less-developed than the United States, yet they have found the space, capacity, and humanity to welcome individuals and families in need. At both top and local levels, empathy intersects with rational decision-making and is informing the way Rwanda conducts political action.

Outside of the refugee issue, principles of empathy permeate a broad range of Rwandan politics and, in many ways, inform the Rwandan national framework. Rwandan’s domestic justice system, for example, values forgiveness and taking responsibility for wrongdoing through community service instead of long prison sentences. Traced back to the post-genocide gacaca (pronounced: ga-cha-cha) court system of local and community-led trials for suspected genocide perpetrators, those who ask for forgiveness from their communities receive reduced prison sentences substituted with acts of service, reflecting the belief that justice is not equated to punishment but rather working to restore the value that the crime cost. Today, 25 years after the genocide, former perpetrators are returning to their communities after serving their time, and they are being welcomed home. According to recent studies, they are re-entering the workforce and reintegrating smoothly into their neighborhoods and families. Rwanda’s culture of justice is not one of spite and alienation; once guilty criminals have served their sentence and asked for forgiveness, their crimes remain relics of the past and their future continues forward freely.

Empathy, compassion, and forgiveness are at the crux of Rwandan society, culture, and politics. They are instrumental to Rwanda’s peaceful post-conflict recovery track and build bridges of trust and foundations for continued prosperity and growth. The American system of decision-making, especially under the current administration, seems to see empathy as mutually exclusive from rationality. The Rwandan paradigm, however, proves this wrong.

As policies surrounding DACA and refugees in America progress, space must be made for empathy and basic humanity in order to secure a future free from the spiraling deterioration of American values and corrosive, warped ideas behind what it means to truly be American.