Women, Eldercare, and the Honor Commandment

In the Biblical story of Ruth, the burden of honoring and caring for Naomi falls to Ruth, her daughter-in-law. Naomi’s husband and sons have died, but Ruth promises, “where you go I will go, and where you stay I will stay. Your friends will be my friends and your God will be my God.”
Thousands of years later, women continue to be the primary caretakers for the elders in their family, be they mothers, father, in-laws, or stepparents. In fact, recent research shows that while men are assuming more responsibilities for child care, there remains a huge disparity in time spent in elder care.[1] In our work exploring modern expressions of the Honor Commandment – the Biblical command to honor one’s mother and father – we heard many stories of how daughters (and sons) honor their parents.

Jackie and Heather are daughters of Robert Gutierrez, who died at age 69 from complications after elective surgery.[2] Emotionally volatile and often absent from their childhood life for months at a time, Gutierrez cycled through three marriages after the divorce from their mother. His behavior estranged his third daughter and oldest son, but Jackie and Heather were determined to honor him in his final year of life.

Heather served as the primary caregiver and surrogate decision-maker. She drove him to medical appointments, managed his medications, and helped him with bathing and dressing. When asked about the Honor Commandment, Heather explained,

“I’ve honored my father. I did when nobody else would. He was an ornery old man, but I respected him.”

In contrast to Heather’s hands-on care, Jackie was more detached; not only was she more geographically and emotionally distant from her father, she also faced the demands of her full-time job and family of five. She offered support to Heather via phone calls and attended the memorial service. When asked about the Honor Commandment, Jackie explained,

“I tried to figure my terms to carry on a relationship with him that doesn’t transgress against me and dishonor me. I do owe him something. He’s my father.”

The Gutierrez sisters highlight how the “Honor Commandment” not only looms large as a societal construct with 79 million Baby Boomers in the United States approaching old age, but also, as was true for Ruth, has a gendered impact. Almost two-thirds of older people depend on family and friends for caregiving and most of those caregivers are women.[3] In the absence of spousal care, adult children assume the bulk of elder care,[4] and daughters are twice as likely as sons to care for an elder, including in-laws.[5] Women who exit the labor force to provide care not only lose income, but also lose opportunities to save for their own retirement.[6] As these caregiving women age, they will come to dominate the numbers of those receiving care. Women constitute a majority of the aging population.[7]

Overall, our research shows that the Honor Commandment not only continues to motivate the providing of elder care, but also reflects the full complexity of practical, emotional, and spiritual care of the family. Indeed, the eldercare dilemmas associated with the Honor Commandment are similarly powerful in Islam, Hinduism, Buddhism, and especially Confucianism.[8] Asian societies, particularly Japan and China, are world leaders in confronting the dilemmas of aging societies and in encouraging the efforts of individuals and families to honor their elders even as the duties of elder care grow increasingly onerous.[9]

As a society, we may be better off if a sense of honor is the motivation for care of our elders, rather than coercive or regulatory measures. The Honor Commandment and its analogues in other religions and cultures provide a moral framework and path forward that respects both individual wishes and family integrity. But the path of honor can become a “daughter track,”[10] where responsibility for caregiving falls disproportionately on women. Providing more adequate support for caregiving would have a particularly significant effect for women, ensuring their ability to provide care while also making available the fullness of their services as equally respected worker-citizens. Strengthening our secular laws to help support caregiving can profoundly affect how people live the Honor Commandment, improving the lives of those who receive and give family care—especially women like Heather and Jackie.

* This piece presents themes reported fully in “The Honor Commandment: Law, Religion, and the Challenge of Elder Care,” slated for publication in the Journal of Law and Religion 30:2 (June 2015). A symposium issue of the Journal of Law and Religion, co-edited by Amy Ziettlow and Naomi Cahn and to be published in 2016, will also feature a slate of international, interdisciplinary, and interfaith scholars addressing the world-wide impact of the Honor Commandment. 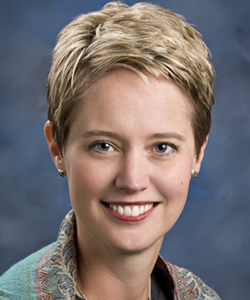 Amy Ziettlow is ordained in the Evangelical Lutheran Church in America and has served in congregational ministry in southern Illinois, Baton Rouge and the New Orleans area, including in the upheavals after Hurricane Katrina, and currently serves Holy Cross Lutheran in Decatur, Illinois. She is an affiliate scholar at the Institute for American Values in New York City, where she is co-investigator of a study funded by the Lilly Endowment titled “Homeward Bound: How We Live When Our Parents Die.” With Naomi Cahn she is co-editing a forthcoming symposium in the Journal of Law and Religion on the Honor Commandment based on their joint work on the Homeward Bound project. Her recent publications include Seniors in Casino Land (2014) and Does the Shape of Families Shape Faith: Challenging Congregations to Confront Family Change (2013, with Elizabeth Marquardt and Charles E. Stokes). 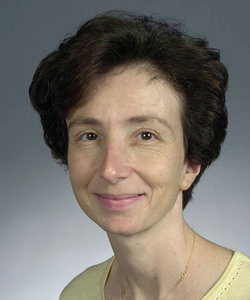 Naomi Cahn is the Harold H. Greene Professor of Law at the George Washington University Law School. She has written numerous law review articles on family law, feminist jurisprudence, and reproductive technology. She is the author of several books, including, most recently, Marriage Markets: How Inequality is Remaking the American Family (2014, co-authored with June Carbone). She has also co-written casebooks in the fields of family law, as well as trusts and estates. Her work has been featured in the New York Times, Washington Post, Wall Street Journal, Christian Science Monitor, and the New Yorker, and she has appeared on numerous media outlets. With Amy Ziettlow, she is co-editing a forthcoming symposium in the Journal of Law and Religion on the Honor Commandment based on their joint work on the Homeward Bound project.