Development Through Sport? The Case of Rio 2016

Olympic Values in the 2016 Olympic Games in Rio

When the International Olympic Committee (IOC) declared Rio de Janeiro as host of the 2016 Olympics, the announcement was met with both great fanfare and some trepidation. While many celebrated the historic nature of the bid, as Brazil is the first South American nation to host the event, others found surprise in the IOC entrustment of the Olympic Games to a “developing” nation like Brazil. And yet, Brazil’s successful bid is not without precedent: rather, it follows in the footsteps of other traditionally peripheral and semi-peripheral nations like Russia, India, and China in seeking out sports mega-events like the Olympic Games, the FIFA World Cup, and even the Commonwealth Games as part of national development strategies. Indeed, sport mega-events are increasingly positioned as a means of stimulating economic growth and infrastructure development, while offering symbolic value in projecting an image of a “developed,” “modern” nation to a global audience. The development potential of the 2016 Olympics was a key part of Brazil’s bid, with both governmental and IOC officials touting the games as the final push the nation would need to confirm its transition into modernity.


While the Rio 2016 bid was built around these development narratives, doubts and fears surrounding Brazil’s ability to successfully stage the event have been a mainstay of media reports, with many citing crime rates, pollution levels, and the lack of infrastructure as barriers. With the Olympic Games underway, incomplete competition venues and accommodations, polluted water for aquatic sports, poor event management, crime, and general civil unrest throughout the city have suggested Brazil’s failure to pull off the event successfully, thus calling into question the nation’s development ambitions. At the same time, critical scholars and social activists have long cited concerns about the feasibility and expediency of hosting an event like the Olympics in a semi-peripheral state or one marked by such stark inequality. The Olympic Games have a long history of being socially and economically taxing on a host city: For a city like Rio, the stakes are higher and margins for error slimmer. The point here is that while they may be more visible in a city like Rio with a history of multigenerational socioeconomic inequality and strained public services, the troubles of Olympic hosting are in many ways inherent to the event itself and connected to the politics of Olympic hosting. Indeed, the Olympic Games routinely require displacement, gentrification, environmental degradation, and the shifting of wealth and resources from public to private hands in ways that exacerbate, rather than mitigate, social and economic stratification.

These issues have been particularly acute in Rio and Brazil, where the size and cost of the 2016 Olympics has intensified inequality in the city and country, and raised questions of human rights violations. Jules Boykoff has argued that the Olympic Games often take place in a “state of exception” whereby normal policy priorities are compromised and individual rights sometimes suspended in the name of hosting a world class sport event. This is perhaps best illustrated in Brazil by the repossession of land from informal housing communities known as favelas, and the displacement of its inhabitants for Olympic-related development that has drawn the attention and scrutiny of the United Nations Human Rights Council and Amnesty International. Rio has seen regular street protests that have called attention to this accumulation by dispossession, as well as the lack of investment in impoverished areas, healthcare, education, and transportation.

All of this raises questions as to what the social legacy of the 2016 Olympic Games will be. It is certainly possible that the games will be a boon to Brazil’s development; however, given the mixed international attention the event has received, and more importantly, the internal strife it has exacerbated, the economic and social costs of the games may be difficult to recoup. From our perspective, the size and scale of the Olympic Games, whether hosted in the global North or South, are increasingly socially, economically, and environmentally unsustainable. For the Olympics to have an ultimately positive legacy, it will require at the very least a re-configuration of the stakeholder groups involved in any Olympic bid and hosting processes so that priorities of social development are more firmly prioritized. More broadly, the trials of Rio 2016 demonstrate the need for an ongoing discussion about how to secure rights and justice for local populations, and particularly marginalized groups, who often live in the shadow of the Olympic spectacle. 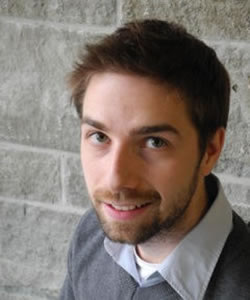 Rob Millington is a SSHRC postdoctoral research fellow in the faculty of kinesiology and physical education at the University of Toronto. His research focuses on how international organizations like the United Nations and International Olympic Committee implement sport for development in policy and practice, in both historical and contemporary contexts. His work has appeared in the Sociology of Sport Journal and International Review for the Sociology of Sport, as well as several edited volumes. Millington received his Ph.D. in kinesiology and health studies from Queen's University in Kingston, Canada, where he also earned bachelor's and master's degrees. 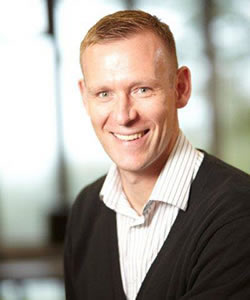 Simon C. Darnell is an assistant professor in the faculty of kinesiology and physical education at the University of Toronto. His research focuses on the relationship between sport and international development and peacebuilding efforts, the development implications of sports mega-events, and the place of social activism in the culture of sport. He previously was a lecturer in sport at Durham University's School of Applied Social Sciences. His books include Sport and Social Movements: From the Global to the Local (2014, with J. Harvey, J. Horne, P. Safai, and S. Courchesne-O’Neill), Sport for Development and Peace: A Critical Sociology (2012), and Race and Sport in Canada: Intersecting Inequalities (2012, ed. with J. Joseph and Y. Nakamura). Darnell holds a Ph.D. in physical education and health from the University of Toronto, as well as an M.A. and BHK from the University of British Columbia's School of Human Kinetics.

The Olympic Conundrum: A Better World for Whom?
Alan Tomlinson