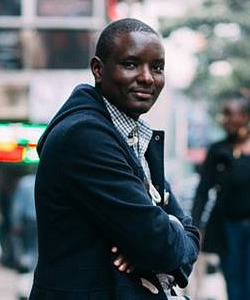 Female genital mutilation/cutting (commonly known as FGM/C) is a deep-rooted cultural practice that has existed over years in many communities, countries, and regions all over the world. This culture is shrouded by myths coupled with social norms and expectations that make it difficult to achieve abrupt change in any context. It is estimated that over 200 million women and girls alive today have undergone FGM; and though we have massive efforts geared towards its elimination 3 million more are at risk of undergoing FGM/C every year. But why?

Community members view FGM as a valuable cultural practice that prepares their girls for marriage and adulthood; to them it’s not harmful in any way. The community also places sanctions on the community members who do not adhere to this valued culture. This creates societal pressure to conform. For social change to take place there is need to sensitize community members massively in order to change their attitude and perception. Community declarations should also be encouraged as they further reinforce sensitization of the community members at different levels. Men also need to be engaged as they are the custodians of culture, and in most cases FGM/C is deemed to increase marriageability of girls. (Note: potential husbands are the men.)

Though many still believe FGM/C is a religious issue, it’s clear FGM/C is not a religious requirement by any religion. The perpetrators of FGM/C normally shift between culture and religion to defend their actions depending on the prevailing circumstances. One day you will find someone fronting the cultural argument and the next day the religious one. Time has come for the religious leaders to clearly stand against this practice and give direction to their followers. Many have been silent over years, and there is no unanimous/clear stand from any religion in regard to FGM/C.

Youth are much more receptive to “end FGM/C” messages than the elders in most communities. This is greatly helped by the fact that youth exist in a global world where they are exposed to a lot of information via mass and social media. Media has a huge role to play going forward in this fight as it makes it easier to carry out sensitization and reach huge numbers. Emergence of social media also means the youth can easily learn by joining discussions with their peers from all over the world. Remember an informed youth is the best asset that any country or community can have at its disposal. On the contrary, the elderly tend to resist change as they deem it as an intrusion to their way of life.

Ending FGM/C needs collaboration from all stakeholders in the society. The religious leaders need to play their part, the law enforcing agencies to do their work, and NGOs and media to carry out their sensitization. This will help build movement that will ensure all community members are sensitized and no one is left behind. Remember, there is no single approach that can be deemed to be the perfect way to change people’s way of life, but a combination of all approaches works best.

To humanity the little you do goes a long way in ensuring that no other girl becomes an FGM/C statistic. By doing the little you can we are assured of making this world a better place for women, girls, and all of us. Remember, a healthy woman means wealthy society.