Devan Joy Stahl, a professor of ethics at Michigan State University, challenges a common theological narrative about disability, sin, and the kingdom of God. When I met her a few years ago, she told me that her questions are personal, because she has multiple sclerosis. Many Christians assume that only after the original paradise was marred by sin did humans begin living with disease and disability. Stahl told me that if that were true, “Then my life would be an embodiment of sin that has entered the world, and I don’t want that.” In her journal article, she suggests, “Rather than understanding the persistence of disease or disability as a sign of the ‘not-yet-ness’ of the Kingdom of God, the community that gathers around the person with disease or disability and cares for her is itself a sign of the Kingdom to come as well as its alreadiness.”

Faith groups can move toward true community by focusing on three priorities. (Author, theologian, and friend of mine Dr. Tom Reynolds gave me this idea.) These three levels can be pictured as an upside down pyramid. The lowest levels are foundational for the upper levels, and each level increases in importance with regard to forming true community.

Level 1 focuses on the rights of people with disabilities. At this basic level, a faith community seeks to eliminate discrimination and remove barriers that keep people with disabilities from participating by seeking Universal Design in their built environment, communication, and programming. A friend who lives in Ontario told me that some in his church opposed construction of a ramp over some of the steps outside. They said, “We don’t need a ramp. No one going to our church uses a wheelchair.” Fortunately, the pro-ramp people prevailed over such illogic. The very first Sunday after the ramp was completed, six people who had not been to that church in a while, or ever, attended using their wheelchairs or walkers. Universal Design also includes barrier-free washrooms, facilities, print materials, projected slides, sound, and many programmatic considerations.

In a speech at the 2016 Summer Institute in Theology and Disability, Rabbi Darby Leigh insisted that true community gathers people who are widely diverse. He said that when a faith community makes accommodations such as ramps, accessible bathrooms, or hearing loops, these accommodations are not for the people with disabilities; they are for the rest of the people. “A group needs people with disabilities to be a community. Otherwise, it’s a country club.” About 17 percent of North Americans live with a disability, and 25 percent of households have at least one member with a disability. As faith communities move toward these percentages in their own membership, they move closer to true community. 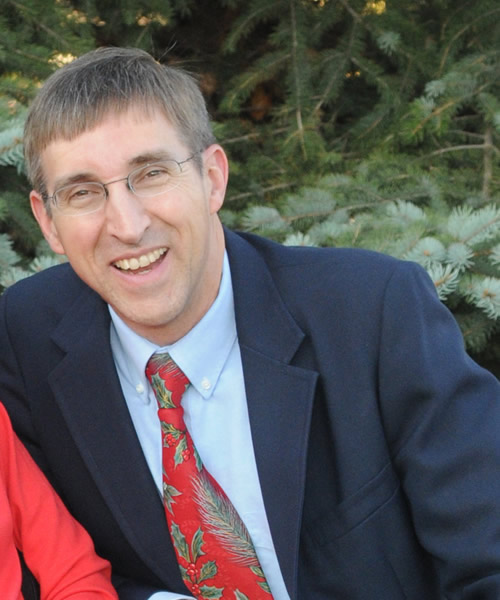 Rev. Mark Stephenson has served the Christian Reformed Church denomination as director of Disability Concerns ministry since 2006. Previously, he served as pastor of two congregations.