The British Raj and the Present

Since India is a former British colony, should contemporary India be viewed as the product of policies of prior foreign rule? Do the laws of the Indian nation state towards its citizens, their culture and religion, still remain beholden to the definitions of the British colonial era? Can India ever wriggle out of its colonial legacy and position its nationhood on new terms and conditions? Can it be done today without any influence of the developments taking place in other nations? Answers to these post-colonial questions in a globalized world today are not straight yes or no answers but rather complex and layered.

In order to answer these questions, let us take the case of Muslim personal law and the controversial instant triple talak, which was recently pronounced illegal by the Supreme Court of India. These laws, known as the Shariat Application Act, were enacted by the British in 1937. Independent India, with its constitutional mandate of secularism (meaning the state’s policy of neutrality on religious matters), found many such existing British laws on religion and culture as congruent and pragmatic, since the latter were framed on the premise of non-interference of British rule with local norms and customs. The Muslim personal law of 1937 that governed Muslim social life in matters of marriage, divorce, inheritance, and family relations claimed to follow the teachings of the Qur’an. While the British law held “clear proof of usage will outweigh the written text of the law” in the case of Hindus, the written shariat law was made mandatory by the British for all Indian Muslims, perhaps ignoring the fact of multiple local customs that existed among Indian Muslims.

In the case of the instant triple talak, the custom of Sunni Muslims was taken to be the practice of all Muslims in India. Though it took 80 years to correct it, such a step did elicit both positive and negative reactions from Indian Muslim communities. While the Supreme Court’s verdict earned the support of the liberal and feminist groups within Islam, both trying to liberate Islam from conservative legalism and patriarchy respectively, opposition to the move and to the Supreme Court’s order poured forth from the clerics and other conservative groups who doubtless are increasingly coming under the influence of the radicalization of Islam in our globalized world. It is the same radical form on the Hindu side, the Hindutva political establishment that ordered the Supreme Court to hear the pending case of triple talak on fast track and made triple a criminal offence with a three-year jail term without any provision of bail.

As the Bharatiya Janata Party (BJP) government drafted the bill on triple talak without any reference to the Muslim women’s organizations that have been fighting triple talak cases for a while, political observers are of the view that this was done more to make BJP’s Hindu vote bank happy by demonstrating that it can exercisee its power over Muslims as it wished. The anti-Muslim stance of the contemporary BJP was further evidenced by the ban on eating beef and killing cows (sacred animals in Hinduism) and Prime Minister Narendra Modi’s silence on cow vigilantes and lynching, the removal of the Taj Mahal from the list of historical places in the tourism booklet, the removal of 4 million people (mostly Bengali-speaking Muslims) in Assam from the draft National Register for Citizens, etc.

The present dispensation on the other hand, is visibly seen as pro-Hindu. It sought to mandate the study of Sanskrit at the schools accredited by the federal government and the singing of “Vande Mataram” (a communally explosive song written by Bankim Chandra Chattopadhyay in 1870, which became a patriotic song during the freedom struggle but lost its position to the national anthem: Tagore’s “Jana Gana Mana,” composed in 1951) in official government meetings and schools in many of the provincial states ruled by the BJP. It also declared June 21 as International Yoga Day and has popularized the Bhagavad Gita as the holy book of India.

BJP’s policy of favoring one group and disfavoring others through government policies and programs has historical precedence that can be traced back to the British rule in the modern period. Divide-and-rule policy under the imperial British Raj divided the local population on religious grounds but not in terms of the powerful and the powerless, the rulers and the ruled. Unlike the British, the BJP is an elected government in an ostensibly democratic, secular nation-state, and its policies enjoy the indirect sanction of the majority of people in India. Hence when such an elected government sides with the majority, it not only strongly makes the minority feel vulnerable, but also deeply divides the nation into two camps: “we, the majority in power,” and “they, the minority as powerless.”

While British attempts to divide and rule were strategically employed by outsiders to weaken local unity and to mitigate opposition against foreign rule, the present government’s policies and actions make the insiders feel like outsiders and increasingly render them as foreigners in their own country of origin. To this divisive, hegemonic, Sanskrit-centered Hindutva’s cultural politics, the Indian people do not remain mute spectators. Strong voices of dissent from regional parties in Tamil Nadu and Bengal, and the consolidation of political forces across the nation against the BJP, have been gaining ground in recent months to stop the juggernaut of Modi and to stall Hindutva’s ambitions of transforming India into a Hindu nation. 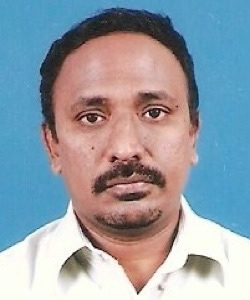 James Ponniah is assistant professor in the Department of Christian Studies at the University of Madras. He previously was the dean of the Faculty of Philosophy and an associate professor in the Department of Indian Studies at Jnana Deepa Vidaypeeth University in India. Ponniah specializes in folk religions of India, popular Catholicism, and Dalit Christianity. Ponniah published The Dynamics of Folk Religion in Society in 2011 and has co-edited three other books; in addition, he has written numerous articles about popular religious movements in India. Ponniah was also a part of the Christianity and Freedom Project headed by the Berkley Center's Religious Freedom Project. He holds an M.A. and Ph.D from the University of Madras.