The Catholic Factor in the 2020 Election

While most discussions about religion and presidential politics center around the role of evangelicals, in 2020 Catholics may also play a critical role in deciding the next president. There are six reasons why this may be the case.

First, Catholics make up a larger share of the electorate in key swing states than they do in the general U.S. population. Although according to the Pew Research Center Catholics made up 20% of the general U.S. population in 2019, the National Election Pool exit polls indicate that they make up 23 to 35% of the electorate in key swing states like New Mexico (35%), Pennsylvania (32%), Minnesota (27%), Nevada (26%), Florida (25%), Michigan (24%), Arizona (24%), and Ohio (23%) [1]. While evangelicals tend to be located in the South, Catholics are located primarily in the Southwest, Florida, and the Midwest—precisely where the 2020 election may be decided.

While evangelicals tend to be located in the South, Catholics are located primarily in the Southwest, Florida, and the Midwest—precisely where the 2020 election may be decided.

Second, Catholics have increasingly become a swing vote constituency. White Catholics went from giving fellow Democrat John F. Kennedy more than 70% of their vote in 1960 to giving a majority of their vote over the past three election cycles to Republicans John McCain (56%), Mitt Romney (56%), and Donald Trump (60%).

Third, Joe Biden is Catholic. Biden is seeking to use his Catholic faith to build bridges with voters across the nation, but especially in the above-mentioned swing states where he hopes to cast himself a devout Catholic. His efforts have paid off, since more than half (59%) of Catholics believe Biden is religious. While we live in a secular republic that promotes the separation of church and state, social science research indicates that more than half of Americans and Catholics would prefer a president who shares their religious values and stands up for people who share their religious beliefs. This is one of the reasons why the nomination of Amy Coney Barrett was fraught with political danger for Biden and his surrogates. Although the Biden campaign vehemently disagreed with her pro-life views on abortion and other issues, it dared not target her faith for derision because that could create an opportunity for Trump to come in like Ronald Reagan did in 1980 and say that he was a stronger advocate for Catholic values than his opponents.

Fourth, Latinx Catholics could play a key role in key swing states. Despite claims by writers that there is no Catholic vote in America, this is not true—at least not for the Latinx community. Since the 1960s, a majority of Latinx Catholics have always voted Democrat. So while white Catholics were switching over to vote Republican from the 1980s to the present, Latinx Catholics—like their Black and Asian Catholic counterparts—voted decisively Democrat in 2000 (65%), 2004 (65%), 2008 (72%), 2012 (75%), and 2016 (67%).

Despite claims by writers that there is no Catholic vote in America, this is not true—at least not for the Latinx community.

There is in fact a Latinx Catholic vote, and it is decidedly Democrat. While this could change, because Latinx Catholics appear to undergo higher rates of political assimilation and secularization than Latinx evangelicals, it is unlikely to drop off dramatically anytime soon. Furthermore, the Latinx Catholic community in general and the Mexican-American Catholic community in particular has strong historic ties with the Democratic Party going all the way back to Bobby Kennedy’s Viva Kennedy Clubs and decision to take communion with César Chávez at the end of his 24-day fast for Latinx civil rights and unionization in 1968. For this reason and many others—like their working class and immigrant backgrounds—Latinx Catholics will likely serve as a bedrock for the Democratic Party for many years to come and with increasing political significance as the Latinx community is projected to grow to 129 million people or 33% of the U.S. population by 2100.

Fifth, in September 2020 the Latino Religions and Politics (LRAP) national survey of 1,292 Latinx Christian registered voters—including 823 Catholics—found that Biden leads Trump nationwide by a wide margin: 67% to 25%, with 8% still undecided. Based on past elections, there is every reason to believe that Biden will take two-thirds or more of undecided voters, which could result in his matching Barack Obama’s support in 2008. While Biden enjoys strong Latinx Catholic support across the country, in Florida Latinx Catholic support for Biden over Trump is more evenly divided—52% to 45%, and in fact Trump leads Biden among all Cubans (68% to 30%) and Central Americans (56% to 44%), the vast majority of whom are Catholic.

Finally, Trump’s appointment of Amy Coney Barrett to the U.S. Supreme Court could counterintuitively be a silent game-changer in several swing states for a number of reasons. First, her nomination could re-establish Catholic confidence in Trump and soften his hard image among Catholics and women voters. Second, Barrett’s Midwestern Catholic origins and University of Notre Dame affiliation might enable Trump to slice off 1 to 2% more of the Catholic vote than he might have ordinarily won in key swing states like Ohio, Michigan, Pennsylvania, Minnesota, Nevada, New Mexico, Florida, and Arizona, all which as we have seen have large Catholic electorates.

Trump’s appointment of Amy Coney Barrett to the U.S. Supreme Court could counterintuitively be a silent game-changer in several swing states for a number of reasons.

Third, Trump’s defense of her Catholic Charismatic identity might also help him tap into and win over followers of the Catholic Charismatic Renewal (CCR), which was birthed in the Midwest in the 1970s and has since spread across the United States and around the world. They stress being Catholic, having a personal born-again conversion experience with Jesus Christ, and an openness to the spiritual gifts of the Holy Spirit listed in I Corinthians 12 and 14. A majority are pro-life, deeply spiritual, and tend to affirm traditional Catholic and politically conservative values, all of which may provide Trump with a way to make inroads into the Catholic community.

While the CCR doesn’t have the same huge following it once had among white Catholics, the Charismatic movement is larger and growing among Latinx and other racial-ethnic minority Catholics. The LRAP national survey found that 26% of the U.S. Latinx community said they were Catholic; had a personal born-again conversion experience with Jesus Christ; and were Pentecostal, Charismatic, and/or Spirit-filled. Imputed into raw numbers, this translates into 3.9 million Latinx Catholic Charismatic registered voters in the United States. Given that the LRAP also survey found that Latinx Catholic Charismatics gave Trump 6% more support than non-Charismatic Catholics (31% to 25%) and that they tend to support traditional religious, social, and moral views, Trump may be able to capitalize on Barrett’s Catholic identity to increase his overall Catholic support on Election Day 2020 [2].

All of these factors point to the fact that Catholics could play a pivotal role in 2020 because of their electoral size, location in key swing states, and growing racial-ethnic identity, though the final outcome remains to be seen. 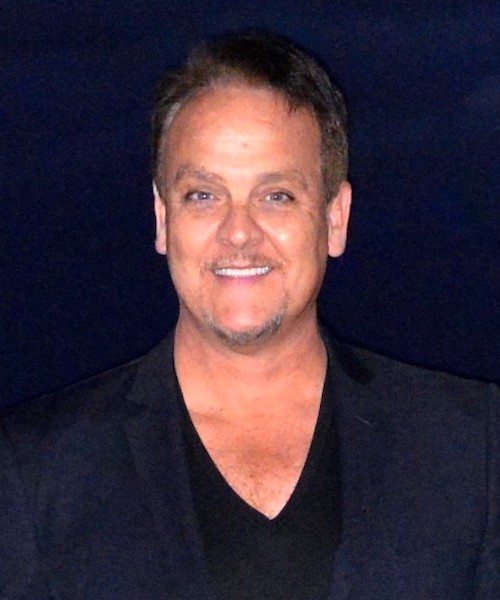 Gastón Espinosa is department chair and the Arthur V. Stoughton Professor of Religious Studies at Claremont McKenna College. He is past president of La Comunidad of Hispanic Scholars of Religion at the American Academy of Religion and co-editor of the Columbia University Press Series on Religion and Politics. He has written and edited eight books, including Latino Religions and Civic Activism in the United States and Religion and the American Presidency: George Washington to George W. Bush.