Since Narendra Modi and his political party, the Bharatiya Janata Party (BJP), took office in India in 2014, more than 11,000 non-governmental organizations (NGOs) in the nation have been barred from accepting foreign funds. Though many NGOs have come under scrutiny, including Greenpeace and several human rights organizations, one of the largest faith-based NGOs to have been affected thus far is Compassion International (CI), a Colorado-based Christian charity forced to close on suspicion of religious conversion. Before its closure, CI donated $45 million annually and provided over 147,000 children with meals, medical care, and tuition payments via local church-affiliated service centers. It had operated in India for over 48 years.

What could prompt such scrutiny and closings? The Foreign Contribution (Regulation) Act of 2010 states that one of the principal reasons for such restrictions is to discourage “any activities detrimental to the national interest” of India. Exactly what constitutes a threat to national interest is left quite open. But on a basic level, it could be argued to include things such as the exploitation of vulnerable populations or the destabilization of a social setting. With this in view, it could be legitimate for a government or judiciary to investigate NGOs when concerns of fraud or mismanagement have been raised.

Indeed, during a recent visit to India, I spoke with a friend and director of a small Christian NGO who said that, on one level, the government’s concern over fraud was a valid one. Over the years many NGOs had ceased their operations but never told the government, and so it was good that the government could clean up the records and eliminate licenses that were no longer being used or were no longer being used properly. Also, it was true that some NGOs did not handle their finances very carefully. Some were perhaps fraudulent while others—including some well-meaning Christian NGOs he knew of—were simply sloppy and unprofessional in their accounting. In either case, the new scrutiny would helpfully prompt NGOs to be more honest and professional in their work.

But the BJP government’s concerns with Compassion International did not focus on their accounting. Rather, the government seemed concerned that CI’s funds were sent to local churches that ran the children’s services. And, as CI made clear, within the church context, children would be given Christian teachings. In essence, the government was concerned that CI was giving their funds exclusively to churches who could in turn encourage children to convert to Christianity. The BJP was restricting foreign funds as a means of restricting the religious liberties of proselytizing and conversion.

The move to restrict such religious activities reflects the fact that Narendra Modi and the BJP have long had questionable reputations regarding their posture towards religious minorities. The BJP has often aligned itself with Hindu nationalist movements that espouse Hindutva, an ideology that promotes a Hindu rashtra, or kingdom, and actively discourages the growth and empowerment of religious minorities.

It is this ideology that has, at least in part, sometimes caused local government and police officials to turn a blind eye to injustices directed towards Christian, Muslim, and other religious minorities. A prominent example was the alleged inaction of police during the 2002 Hindu-Muslim riots in Gujarat, where Narendra Modi served as chief minister at the time. Though never convicted of wrongdoing, religious minorities, particularly Muslims, wondered what amount of complicity Modi, his government, and other officials may have had in the violence that claimed the lives of three times as many Muslims as Hindus.

With Hindutva as one of their guiding ideologies, might it be that the BJP government views proselytism and conversion (away from Hinduism) as an activity that threatens the fabric of a Hindu society—or as “detrimental to the (Hindu) national interest”? It would seem so. When CI leaders met with a liaison to the BJP government CI asked how they might be able to again receive foreign funds. In response, they were told to partner with other religious organizations, not just Christians.

We can leave aside the question of whether or not such requirements are being made of other religious organizations; for example, whether Hindu-funded organizations are required to partner with Christian and Muslim organizations. Instead, the issue of greater importance regards the regulation of religious activities in a civil society. Whereas NGOs certainly need to be held accountable to all reasonable laws and investigated if their management or services break the law and endanger people, the current policy as interpreted by the BJP crosses an ethical line in the service of an ideological goal. That goal ultimately favors one religion over another and sanctions religious minorities if they receive resources that could empower them and add to their numbers. The actions against CI and other organizations indicate the BJP is restricting religious minority access to resources, education, and empowerment to limit their growth and strength. In such a context it is not only the poor and religious minorities who suffer, but the cause of religious freedom more generally. 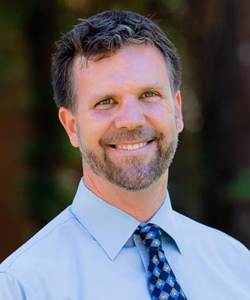 Dr. Darren Duerksen is the director and assistant professor of intercultural studies at Fresno Pacific University. His scholarly interest is the adaptation and contextualization of Christianity in multifaith contexts, particularly in India. He also explores the intersection of development organizations and faith communities. His current research is on expressions and theologies of church in contexts where Christians are a minority community. Duerksen received an M.Div in intercultural studies from Mennonite Brethren Biblical Seminary in Fresno and a Ph.D. in intercultural studies from Fuller Theological Seminary. A committed Anabaptist, he is an active member in the Mennonite Brethren Church.