The Pilgrims and the History of American Origin Stories

On the first day of my American exceptionalism class, I ask students to answer one question: What is the origin of America? Replies tend to cluster in the usual places. Some begin with the Native Americans. Others name Columbus. A student or two might turn to Captain Smith, Pocahontas, and Jamestown, while a few more inevitably cite the Pilgrims and Plymouth Rock. The arrival of enslaved Africans in 1619 now gets named, and then, chronologically, answers skip forward to the American Revolution and the Declaration of Independence.

What do all these different answers mean?

They mean that America has many origins, and all of them matter. But more than the messiness of a story with no solitary beginning, they also show how talk of origins does little to sort the truths of history and much more to identify definitions of “America” in the present day. Starting with Native Americans means highlighting the first people to set foot in this land while also including all who have ever since come. Starting with Columbus means locating an origin in the first Europeans. Beginning with Jamestown means identifying the first permanent English settlement. The arrival of enslaved Africans marks and defines America through the institution of slavery. The Declaration of Independence and the American Revolution delimit “America” as a political nation, the United States, which began at a certain time.

What do all these different answers mean? They mean that America has many origins, and all of them matter.

Ever since the early 1800s, the Pilgrim origin story of Plymouth Rock has served to isolate a purer purpose for America, defining the nation as distinct from all other countries on earth. Through the Pilgrims, Americans could claim to stand for God, not gold; for freedom, not slavery. They could claim to have established self-government. They could proclaim themselves a moral beacon to the world. And so, while the Pilgrims were not “first” in any formal way, they were made first in order to define America as a certain set of ideals.

Nowhere is that more apparent than in the rise of an obscure sermon, A Model of Christian Charity, by the first Puritan governor of Massachusetts Bay, John Winthrop. In this 1630 sermon, Winthrop declared that “we shall be as a city upon a hill.” Though the sermon was never known, noted, or printed in its own day, these words by Winthrop were retooled to mark the origin story of a nation Winthrop never himself conceived. During the Cold War, a concerted effort raised the status of this sermon into a foundational text of American history and culture—so that by the time Ronald Reagan started running for high office, he could make it the cornerstone of his campaign.

While the Pilgrims were not ‘first’ in any formal way, they were made first in order to define America as a certain set of ideals.

Contending for “founders” is often inherent to the doing of history—whether by professional historians or by the general public. Stories must start somewhere, and the starting place is often critical to the story that unfolds. Early Americanists like myself love to talk about a vast diversity marking the past: Native Americans, Spanish, Dutch, French, Africans, English, and so many others. Who gets to be a “founder,” and why? What are they founding? And for whom? What I emphasize in my research is that picking one origin story above all else often reveals more about the person doing the pointing than the event being pointed at.

The late 1800s and early 1900s were an extraordinary time for pointing at the Pilgrims. On the one hand, members of the Society of Mayflower Descendants, founded in 1894, proposed that the signers of the Mayflower Compact should be commemorated as the originators “of this great and free United States of America.” That sort of view culminated in a 1920 celebration that included dignitaries from the president of the United States to the governor of California, all celebrating the Pilgrims for creating religious liberty and self-government. Against these fulminations stood those like Van Wyck Brooks and H. L. Mencken, who blamed the Pilgrims and Puritans for everything that had gone wrong in America (such as Prohibition). American history was a story of gradual emancipation from Puritan repression. And then there was Max Weber, whose famous work The Protestant Ethic and the Spirit of Capitalism (1905) took strands of each tradition and combined them in a novel way.

What I find most remarkable about all these tales is not the extent to which they were right or wrong, but how much they all accepted without question the same origin. The Pilgrims served everyone. And this approach has not entirely disappeared. Whatever the case or cause, whether in praise or condemnation, many Americans continue to locate in Pilgrim Landing and Puritan New England the source of all our successes or woes.

Whatever the case or cause, whether in praise or condemnation, many Americans continue to locate in Pilgrim Landing and Puritan New England the source of all our successes or woes.

In my book City on a Hill, I focus on the role history plays in nationalism—why, how, and when people feel compelled to offer a story of the nation from its “beginnings” to the present day. This feature has been called “temporal depth,” which refers to culturally shared memories that bind individuals together. Yet the acts of remembrance that create a national story also entail a process of selective forgetting. As writers began in earnest to compose a national history in the 1820s, they shunted aside a great many people and events that did not fit the tale. The long effect of these early histories can still be seen in how few Americans today know that New England society—the Pilgrims and Puritans—had slaves.

In 1720, the Pilgrims were still merely regional and not largely remembered. They had started a small, unsuccessful colony south of Massachusetts. That was all. In the 1820s, the Pilgrims became a national origin story, which they have remained ever since.

I do not think our job is merely to dethrone the Pilgrims and replace them with some other origin. I think, rather, we should stop trying to locate one origin story that could somehow explain everything about America. Every story has a beginning, middle, and end, and when we tell the story of America, it may seem natural to look for a point of origin. But America has too many origins, and all of them matter—all of them persist and continue to shape the present day.

True history, it turns out, makes a lousy tale. 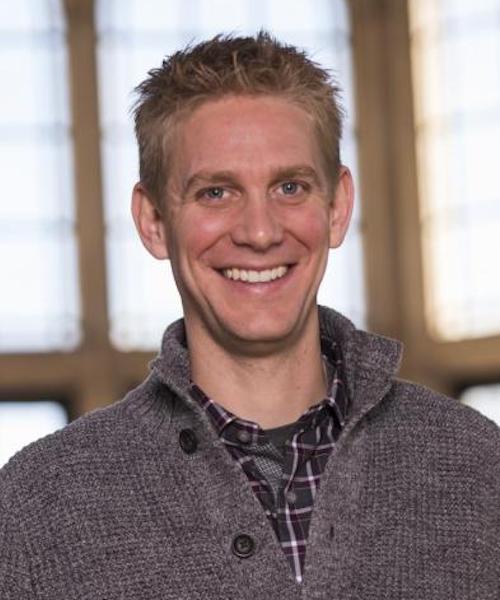 Abram Van Engen is a professor in the Washington University of St. Louis Department of English and the Center for Religion and Politics. His research centers around Puritans in the seventeenth century and their memory in American culture. His published works include City on a Hill: A History of American Exceptionalism (2020).