The Complementarity of Science and Religion

Science teachers are rarely provided with explicit preparation for how to handle questions that fall outside the traditional disciplinary bounds of science, yet inevitably, the questions come. In my own relatively short time as a K-8 science teacher, I found myself facilitating impromptu, student-driven conversations on topics including various faith traditions’ claims about the age of the earth, the ethical implications of genetic testing, and the origins of the universe. Though student conversations that introduced issues of religion or morality were challenging to navigate, it was undeniable that student questions on these topics sparked many of the richest learning opportunities in my classroom.

In our public schools, we hold an expectation that when children enter the science classroom, they check their religious beliefs at the door. The legal policy dictating the separation of church and state makes good sense to me, and it is one for which I am personally grateful as an American citizen. As a scholar of human development, however, I recognize that our brains do not maintain the same policy. Whether religiously affiliated or not, humans are consistently engaged in a negotiation between multiple epistemologies, or ways of knowing, in an attempt to draw on the explanatory frameworks that best align with our worldviews and priorities. To some extent, supernatural ideas are rooted in human cognitive architecture. Children are especially likely to exhibit a generalized preference for teleological explanations for phenomena, but this seems to carry over into adulthood as a tendency to perceive an inherent purpose in significant life events. Teleological intuitions about natural phenomena persist even for adults who do not identify as religious – and in fact, even among those who claim aversion to religion. Thus, it is clear that all learners, regardless of their spiritual beliefs, can benefit from thoughtful pedagogical support in grappling with complex scientific concepts such as the origins of life and evolution.

A rich body of research on learning and development sheds light on how our minds make sense of scientific concepts. From an early age, children’s processes for learning about scientific and religious concepts have some important parallels. In both domains, there are numerous phenomena and entities that cannot be understood through firsthand experience; to learn about such concepts, children frequently rely on testimony presented by other, typically more knowledgeable individuals. Before children are of school age, much of the early testimony they hear about both science and religion comes from parents, caregivers, and other members of their local community, often by way of spontaneous or informal discussions as well as more formal rituals. By middle childhood, however, children are more likely to receive a diversity of messages from various sources, and they begin to formulate individual ideas about the world that may reflect new developmental capacities, as well as their attempts to account for multiple explanatory frameworks. If the testimony they encounter presents conflicting ideas, children must make decisions about how to process it, asking themselves: Which sources are reliable? Who holds expertise and authority? What counts as true, and is my understanding of truth universal or context-dependent?

Moreover, when studying science, learners are often asked to undergo a process of conceptual change, in which they must revise or replace their existing understanding for a new, more explanatory model. For conceptual change to occur, the learner must first surface and explicitly acknowledge his or her initial mental model, in order to weigh its value against new evidence for an alternative explanation. Yet for concepts that sit at the boundary of science and religion, the conceptual change process presents a unique set of challenges. In the course of unearthing one’s preliminary understanding about concepts such as cosmology or human origins, the learner may encounter ideas that are deeply entrenched and emotionally charged. Students may also be hesitant to reveal that they hold ideas stemming from religious frameworks for fear that they will be met with derision in the science classroom.

If we are asking science learners to critically reflect on, and potentially abandon, ideas about the world that they have held since early childhood, we must be prepared to support them through the emotionally challenging elements of this process. This may include encouraging students to ask brave questions, providing safe opportunities for students to document their own religious beliefs and the moments of conflict they may be experiencing, and supporting them in identifying contexts in which their faith-based explanatory frameworks may continue to hold value outside of the scientific domain. 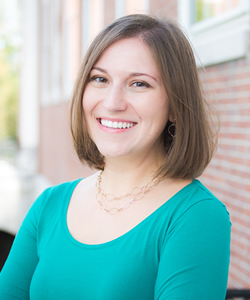 Megan Powell Cuzzolino is a doctoral candidate at the Harvard Graduate School of Education studying the emotion of awe and its role in scientific learning and discovery. Cuzzolino previously served as a science education analyst at the National Science Foundation and as an elementary and middle school science teacher. She was a 2015-2017 fellow with Sinai and Synapses.

On Science, Faith, and the Myth of Conflict
Patrick Mulcahey

Truth from One Source is Harmonious with Truth from Any Other
David M. Barker