The president’s decision to recognize Jerusalem as the capital of Israel and direct the State Department to begin the process of moving the embassy there is an act of political symbolism fraught with inadvertent consequences.

The decision leaves open important legal questions. Thus, the Trump recognition statement stated “we are not taking a position on any final status issues, including the specific boundaries of the Israeli sovereignty in Jerusalem, or the reconciliation of contested borders.” He also called “on all parties to maintain the status quo at Jerusalem’s holy sites.”

This means that Trump has recognized the idea of Jerusalem as being part of Israel without reference to the real world issues regarding its metes and bounds, the possibility of East Jerusalem as a Palestinian capital, and a resolution to the holy sites. Indeed, all the issues that matter. He could just as well have followed the Russians, who in April 2017 recognized West Jerusalem as Israel’s capital without any fanfare. But that would not have been Trumpean.

Further, Trump directed movement of the embassy to Jerusalem by telling the State Department to hire architects to begin the process of commissioning an embassy. Secretary of State Rex Tillerson says the process will take around two years. Anyone who knows Jerusalem and the process of building embassies knows it will take closer to a decade, if that.

Indeed, one small fact was seemingly overlooked by President Trump. The site leased in 1989 for a future embassy (at the edge of the Talpiot neighborhood) doesn’t meet present safety standards regarding setbacks. Of course, if Trump were serious, he could just change the placard in front of the U.S. consulate in West Jerusalem to read “U.S. Embassy.”

Many moderate Israelis argue that the declaration means little and should not deep-six any possible negotiations. But they are incorrect. The symbolism of Trump’s declaration carries tremendous portent and itself changes reality.

EDITOR'S NOTE: This blog post is drawn from a longer piece in the forthcoming January 2018 edition of Moment magazine. 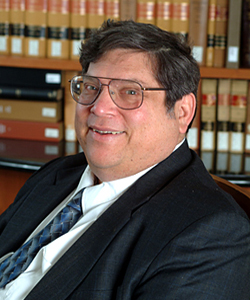 Marshall J. Breger is professor of law at the Catholic University of America's Columbus School of Law.  He served as solicitor of labor and acting assistant secretary for labor management standards under President George H.W. Bush. Breger writes and speaks on legal issues, including constitutional law, arbitration, foreign relations law of the United States, and the Middle East peace process.

Declaring Jerusalem the Capital of Israel: The Destruction or Building of True Peace?
Daniel Roth