On the night of July 15, I was out with my wife for a reception and returned home at around 10:00 p.m. A little later, I saw on Twitter that a group of Turkish soldiers had stopped the flow of traffic on Istanbul’s Bosphorus Bridge. I had no idea what was going on, but was at first convinced by rumors that there must have been a major terror alarm.


It quickly turned out that this was something bigger. Soldiers also began to take control of the airport and other major facilities. Soon Prime Minister Binali Yildirim declared that an “uprising” was taking place within the military. So, this was a coup attempt! “Let me make clear,” I wrote on Twitter. “I’ve not lately been a big fan of President Erdogan, but any coup attempt to take him down would be totally illegitimate.”

As the hours passed, it turned out that the illegitimate attempt was also incredibly cruel. The plotters fired on civilians who protested them and shot some people directly in the chest or back. They also bombed the Turkish Parliament—a major attack on the nation that no other coup plotter has ever conducted. Within a couple of hours, they had left behind more than 250 victims, the majority of them being civilians who had gone out in the streets to resist the coup.

By morning it was clear that the coup had failed. Had it succeeded, it would not have saved Turkey from “Erdogan’s Islamist dictatorship,” as some in the West seem to think. No, it would have initiated a very bloody era in which the military regime’s brutality would be matched by fierce resistance, leading Turkey most probably to civil war. Thank God the coup failed.

Who was behind this violent madness? I agree with the government: All the evidence, including confessions from some of the putschist officers, and overall context point to the movement sympathetic to U.S.-based Islamic scholar Fethullah Gulen and its clandestine network as the main backbone of the plot. Of course, this must be proved in a court case. But since there is already very strong suspicion of Gulen (not just by the government, but by virtually every political party in Turkey, not to mention the chief of general staff), Turkey is now right to consider this group as a threat to the state and demand the extradition of its leader from the United States.

But this is not merely a legal matter. The coup was a watershed event that shook the nation as strongly as 9/11 hit Americans. Just like 9/11, the coup attempt was the greatest attack the Turkish nation has faced in decades. Moreover, just like after 9/11, the Turkish state now has a right to defend itself and eliminate an immediate threat. Yet, again just like after 9/11, there is a serious risk of overreaction.

To be more precise, the government certainly now has the right to purge and prosecute everybody involved in the plot. But there is also a scary tendency for a ruthless witch-hunt. Since the coup, more than 20,000 people have been put under arrest, and they include not just the actual putchists, but also a much broader category of “Gulenists.” The burning problem here is that the Gulen community is very compartmentalized. Aside from its covert “state within the state,” the group also has many legal schools, charities, and media organizations. Merely donating money to or working at one of these should not be grounds for arrest, which seems to be the case with many of the detained. Dozens of journalists are under also arrest for merely working at pro-Gulen newspapers. Even worse, there are many pro-Erdogan zealots around who see “traitors” everywhere and invent new conspiracy theories everyday.

In other words, Turkey is going through a very acute crisis which has understandable reasons, but which also has worrying consequences. One thing that would make the situation even worse would be isolation from the West, which for more than a century has been the main source of the democratic and liberal values that has helped Turkey. That is why, despite recent rifts between Ankara and Western capitals, both the United States and the European Union must continue to engage with Turkey. They should be critical friends, rather than distant bystanders. 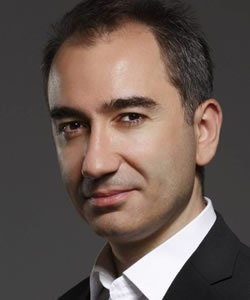 Mustafa Akyol is a columnist for Hürriyet Daily News, Turkey’s foremost English-language daily, and a monthly opinion writer for the International New York Times. His articles have appeared in other major publications, including Washington Post, Wall Street Journal, International Herald Tribune, American Interest, First Things, and Weekly Standard. He is the author of Islam without Extremes: A Muslim Case for Liberty (2011) and Rethinking The Kurdish Question: What Went Wrong? What Next? (2006). He received his bachelor and master’s degrees from Bosphorus University in Istanbul.