Ukraine’s Autocephaly: In the Vortex of Global Change

If one combines historical injustice, radical changes in the social and political environment, aggression by one party on a weaker party—but one that has potentially powerful (but reluctant) allies—and strong leaders looking to make their marks, then you have the recipe for Ukrainian autocephaly, with portentous controversy swirling all around. Orthodox scholar Cyril Hovorun has noted that medieval autocephalies, like the 1589 decision that removed the Russian Orthodox Church from the Patriarch of Constantinople’s jurisdiction, functioned as tools for expansion of empires, but modern autocephalies, those of the nineteenth century to the present, work to deconstruct empires. Russia’s control over Kiev’s provinces has a long history, but the ecclesial control of the Ukrainian Orthodox Church long held by the Moscow Patriarchate is now at odds with the post-Soviet state structures that would normally define Orthodox jurisdictions. The drive for Ukrainian autocephaly aims to remove the vestiges of Russian control of Ukraine and strengthen the national identity of the newly independent Ukraine.

Ukrainian religious thought had an important and creative role in shaping dogma and ritual in the Orthodox tradition of the Eastern Slavs for more than a thousand years. That history has given Ukrainian Orthodoxy license to pursue its own authentic line as it helps shape the culture of a new state carved out in the location of an ancient Orthodox people. Serious calls for Ukrainian Orthodox Church autocephaly rose sharply in the early 1990s, calls made even by Ukrainian Church luminaries within the Moscow Patriarchate. Moscow’s subsequent annexation of Crimea and the invasion of the eastern regions of Ukraine in 2014 following the EuroMaidan “Revolution of Dignity” events served to precipitate stronger moves for Ukrainian autocephaly based in both faith and national identity. Seeking political advantage, Ukrainian president Petro Poroshenko went to the Ecumenical Patriarch to stimulate action toward autocephaly. Both ecclesiological and political motives have led Ecumenical Patriarch Bartholomew to try to drive the autocephaly train.

“First among equals” among Orthodox hierarchs, Bartholomew had already tangled with the head of the biggest Eastern Orthodox national church, Patriarch Kirill of Moscow, over jurisdictional problems that had arisen as national boundaries were re-drawn after 1991. With the Orthodox structure of ethno-national churches already challenged by overlapping jurisdictions found among Orthodox diasporas in the Americas, Oceania, and elsewhere, Bartholomew had sought to rationalize jurisdictions. Beyond simple modernization, such a process would enlarge the Ecumenical Patriarch’s influence and prestige. On the other hand, the Moscow Patriarchate under Kirill I had sought to increase its influence and control over believers abroad by building its own churches in foreign capitals and strengthening its connections with important pilgrimage sites. It frequently resisted Bartholomew’s efforts at consolidation and rationalization.

Kirill also promoted a “traditional values” campaign in Europe, especially focusing on fighting the expansion of LGBTQ+ rights and seeking allies among those dissatisfied with secularization. By contrast, Bartholomew has been seen as a modernizing patriarch in some measure, especially in ecological matters, and he has cultivated strong relationships with the Vatican and other major religious actors.

These stresses and strains led to a perfect storm when strong-willed political leaders used the church to strengthen their political hands. Orthodoxy’s traditions affirm state power, and bishops and patriarchs have long operated in close cooperation (and sometimes in competition) with state power. Early in his tenure as president, Vladimir Putin acknowledged a special role for Russia in protecting the “Russian world,” a concept that encompassed all people of East Slavic culture whether living within or beyond the borders of the Russian Federation. Patriarch Kirill clearly articulated an assumed responsibility as patriarchal pastor to the Russian world’s citizens. He supported Putin in his recent elections with the idea that both the Russian state and the patriarchal throne would extend “spiritual security” to Ukrainians within the Russian world. In Kirill’s eyes, any attempt to sunder the unity of the church in the heartland of the Russian world is perfidious, resulting in repeated condemnation of Ukrainian autocephaly in formal statements, interviews, and sermons published on patriarchal websites (particularly patriarchia.ru and mospat.ru).

Loss of Ukraine to autocephaly would mean a much smaller—and less powerful—Russian Orthodox Church. Undoubtedly, Patriarch Kirill is galled by the actions of the leader of a relatively tiny church headquartered in Muslim Turkey, however much it is traditionally supposed to be honored. And he thinks the Russian Church should now hold the preeminent place within Orthodoxy. As if two big ecclesial egos were not enough, a third one especially annoys the leaders of the Moscow Patriarchate: Patriarch Filaret, head of the Ukrainian Orthodox Church-Kyiv Patriarchate. Ousted from the Russian Orthodox Church over two decades ago, Filaret is an outspoken advocate of Ukrainian autocephaly who is gaining power (and a growing church) as part of the reaction against the Russian ties of the Moscow patriarchal church. The Ecumenical Holy Synod’s arrangement for the creation of a new Ukrainian Orthodox Church stipulated that Filaret be received back into Orthodoxy as a legitimate Orthodox cleric. (Filaret personally and his church are condemned as schismatics by Moscow.)

Given its stated aspiration to become a member of the European Union and to join the North Atlantic Treaty Organization, Ukraine holds an important position in the fragile balance between the Russian Federation, which resists both aspirations, and the Western powers of the EU and North America. Consequently, Russian influence in Ukraine is geopolitically important in quite unusual ways. The Ukrainian president, Petro Poroshenko, is another big ego in the push for Ukrainian autocephaly. He went directly to Bartholomew to push autocephaly, trying to overcome his administration’s record of political ineffectiveness and corruption in time to win upcoming elections. For Poroshenko, the campaign for autocephaly provides evidence of his true Ukrainianess; in Russia, Putin’s support for control of the Russian world shows his true concern for “real” Russians, wherever they may reside. Public opinion in both countries as they move toward national elections may well hinge on how these two national leaders handle the issue of Ukrainian autocephaly. 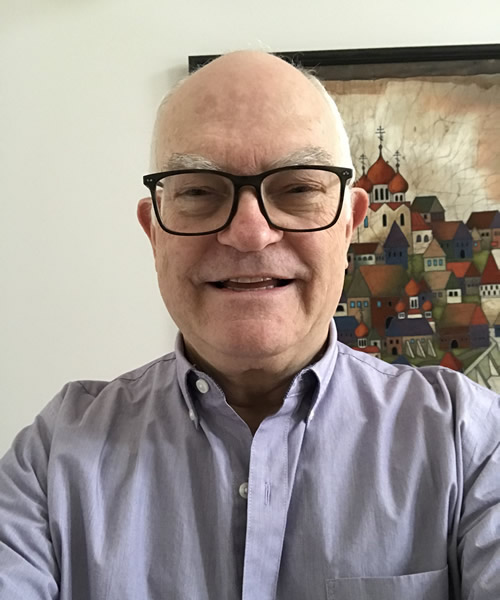 Jerry G. Pankhurst is professor emeritus of sociology and of Russian and Central Eurasian studies at Wittenberg University (Springfield, Ohio). His current work focuses on Russian and Ukrainian Orthodox Church dynamics and church relationships with state power, the leadership patterns of Russian Patriarch Kirill, and family patterns in Russia and Eastern Europe.