What the Masterpiece Cakeshop Decision Means for the Future

In the culture wars, the meaning of Masterpiece Cakeshop is as hotly contested as everything else. In a 7-2 decision, the Court found in favor of Colorado baker Jack Phillips, who refused to make a wedding cake for Charlie Craig and David Mullins. LGBT advocates and progressive voices dismiss Masterpiece Cakeshop as breaking no new constitutional ground, finding for Phillips on the “narrowest grounds imaginable.” Phillips’s attorneys and social conservatives call Masterpiece Cakeshop a tremendous win for him and for religious liberty.

But if Masterpiece Cakeshop is such a win, why is Phillips still not making wedding cakes? During the six-year litigation, Phillips quit making wedding cakes, sapping 40 percent of his income and forcing him to shed employees. If Masterpiece Cakeshop was a meaningful vindication of the claim to step aside from facilitating same-sex marriages, Phillips could run straight to his mixing bowl to recoup his financial losses. He has not.

The Court’s decision erased the penalties Colorado imposed on Phillips for declining to make a cake—“comprehensive staff training,” changes to his business practices, and “quarterly compliance reports” for two years. Colorado’s adjudicatory process was so tainted with “religious hostility,” the Court said, that it deprived Phillips of a fair shake. One Colorado commissioner labeled Phillips’s view of marriage—a view still widely held by Americans—as “despicable and merely rhetorical,” no different than justifying the Holocaust or slavery. That statement went unrebutted by other commissioners.

Significantly, the Court placed great weight on the cultural moment in which Phillips acted. Phillips faced a “particularly understandable” dilemma. Colorado had not authorized same-sex marriage within the state and it “afforded storekeepers some latitude to decline to create specific messages the storekeeper considered offensive.”

But what was reasonable then would almost certainly not be reasonable today: Phillip’s case arose before the Court had “issued its decisions either in United States v. Windsor or Obergefell.”

Indeed, the result “may well be different” for “cases like this” if civil rights commissions stick to the task: weighing the purpose and goods of nondiscrimination law—avoiding “serious stigma” to gay couples, promoting the sense of full citizenship—against the costs of making exceptions.

Plainly, a refusal by Phillips today to bake a same-sex wedding cake carries as much risk as it did before Masterpiece Cakeshop.

This week, the Supreme Court sent back to the Washington Supreme Court another high-profile case litigated by Phillips’s lawyers, Arlene’s Flowers, for reconsideration after Masterpiece Cakeshop. Barronnelle Stutzman, the plaintiff there, may be rescued from penalty if she, too, can show her religious views were unduly “disparaged,” something two artists in Arizona failed to do three days after Masterpiece Cakeshop.

And here’s the problem: these cases are decided under laws written without same-sex marriage in mind. The public accommodations laws in each of these cases banning sexual orientation and gender identity discrimination were written before same-sex marriage came on the scene—and in some cases, before any same-sex marriage was performed in America, anywhere. Legislators could not have considered the butcher, the baker, or the candlestick maker. Neither could they mediate a conflict they could not predict.

Standing as one of Justice Kennedy’s last decisions, Masterpiece Cakeshop contains the kernels of respect for not only people with strong and sincere faith convictions, but for LGBT persons, too.

Justice Kennedy sketches what a modern, nuanced public accommodations law that leaves space for everyone should look like. It should assure that “religious beliefs can[] legitimately be carried into the public sphere or commercial domain” “without subjecting gay persons to indignities when they seek goods and services in an open market.” It should be drafted “with tolerance, without undue disrespect to sincere religious beliefs,” and refuse to treat LGBT persons as “social outcasts or as inferior in dignity and worth.” These guardrails around legislative efforts are necessary to preserve the ability of each of us to be true to who we are.

It is time to discard old scripts in favor of models of peaceful coexistence in the public square. Justice Kennedy will long be remembered for taking up the cause of gay people. He should also be remembered for asking of them what he has asked of society—that we respect people we don’t completely agree with, or understand, or even know personally. The true victor of Masterpiece Cakeshop is not Phillips, it’s pluralism.

Robin Fretwell Wilson is the director of the Institute of Government and Public Affairs for University of Illinois System, as well as the Roger and Stephany Joslin Professor of Law at the University of Illinois College of Law. Wilson co-directs the College of Law’s Family Law and Policy Program and the Epstein Health Law and Policy Program. She specializes in family law and health law; her interests also include biomedical ethics, law and religion, children and violence, and law and science. 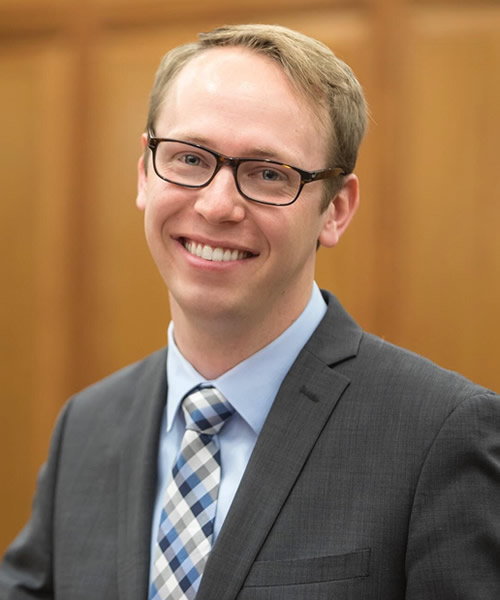 Tanner Bean is a staff attorney to the Honorable Molly J. Huskey of the Idaho Court of Appeals. He works with Professor Robin Fretwell Wilson at the University of Illinois College of Law on the Fairness for All Initiative and Tolerance Means Dialogues.

Masterpiece Cakeshop and the Costs of Weaponization
Perry Dane

The Ingredient for a LGBT Triumph?
Vincent Phillip Muñoz