(In)tolerance in Eastern Europe from the Renaissance to the Holocaust

The seminar course examined the history of religious and ethnic coexistence in Eastern Europe, with a particular focus on the region known as the Pale of Settlement. Established in 1804 as the only legal residence for the Russian Empire’s Jews (80 percent of the world’s Jewish population), the Pale was also home to Orthodox, Catholics, Protestants, and Muslims. In World War II, the Pale would become the epicenter of the Holocaust, and the Nazis found no shortage of willing collaborators in their efforts to exterminate the Jewish population. Disputes about the culpability of Poles, Ukrainians, Lithuanians, and Russians in anti-Semitic violence and ethnic cleansing continue to arouse controversy, and many people associate the region with violent nationalism and intolerance. For hundreds of years, though, interreligious interaction was largely peaceful, and neighbors crossed confessional and ethnic boundaries on a regular basis. Drawing from memoirs, novels, and studies concerning both peaceful and violent encounters, this course sought to discover the conditions that promote multicultural diversity and tolerance, while exploring the social, ideological, and historical underpinnings of the interethnic and interreligious violence of the twentieth century. This course (HIST 371) was taught by Curtis Murphy as a Doyle Seminar (small upper-level classes that foster deepened student learning about diversity and difference through research and dialogue). 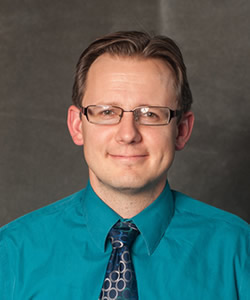