After a national competition, the Berkley Center selected 16 student leaders from around the country as Millennial Values Fellows. The fellows led a campus conversation on values in the run-up to the April 2012 release of a groundbreaking survey of 18- to 24-year-olds on faith, values, and the 2012 election. A second Millennial Values Symposium in October 2012 convened 15 students from around the country for a series of conversations about values and the future of American democracy. 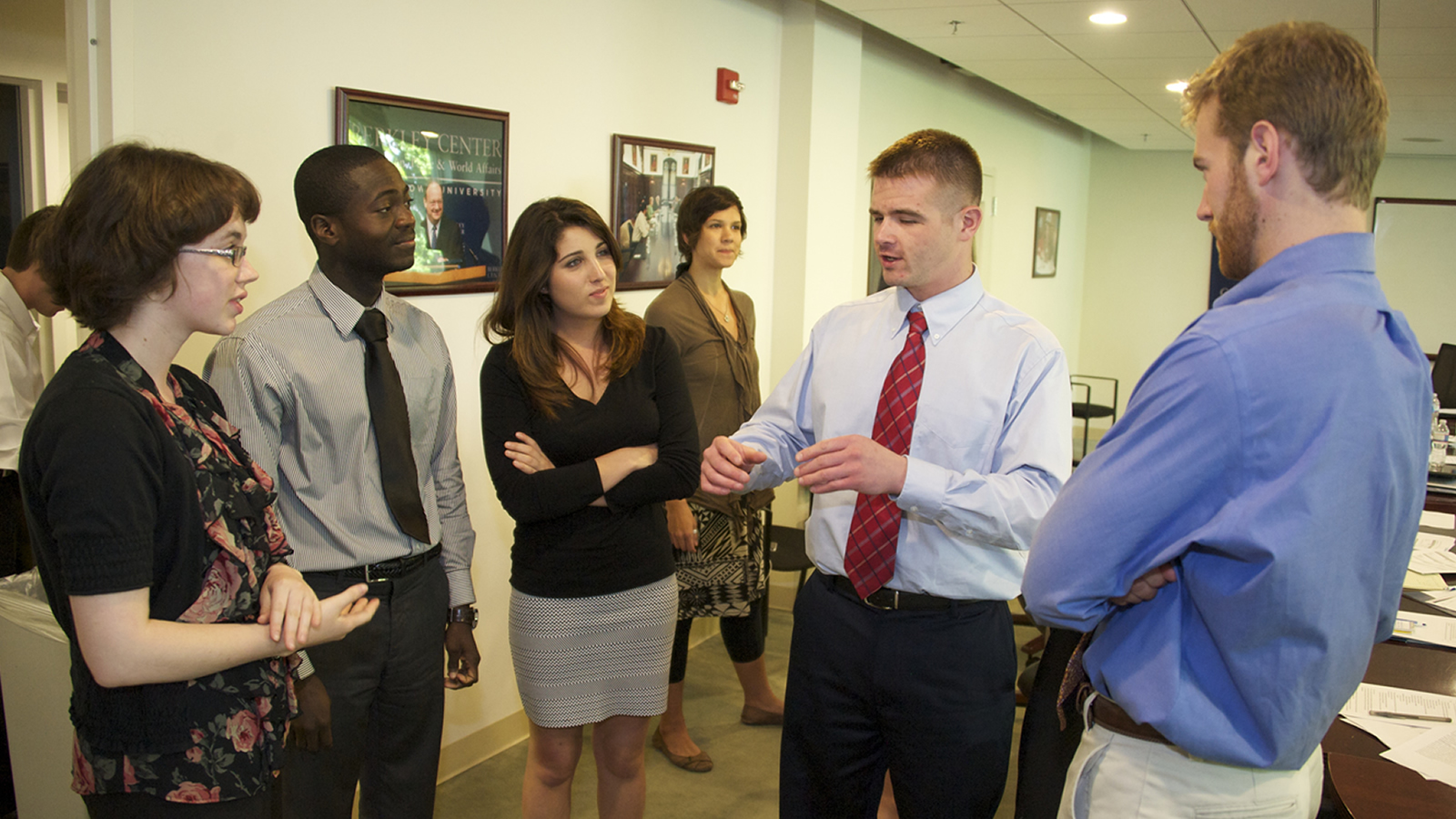