This course was the first in a new line of courses in the Department of Government (designated as GOVX) that follow a non-traditional structure and format, based on different methods and schedules of instruction and learning. Prison Reform Project was intended for a small number of highly motivated students who are passionate about criminal justice and prison reform and are eager to produce an original and informed proposal for changing the existing system of mass incarceration. In addition to periodic Friday classes, students met within their smaller groups, and consulted independently with the professor, on a regular basis throughout the semester. In addition, several class sessions were held at Jessup Correctional Institution (a maximum-security prison in Maryland) with 10 incarcerated students who previously took classes with Professor Howard. Students were divided into several smaller groups to work together—both Georgetown and Jessup students side by side—on a specific reform proposal addressing topics such as policing, sentencing policy, prison conditions, solitary confinement, prison rehabilitation, parole, and societal reentry. Georgetown students then presented the final projects at a larger public event hosted by the Georgetown University Initiative on Prisons and Justice. This class (GOVX 400) is taught by Marc Howard. 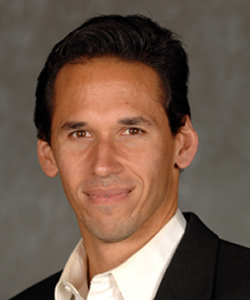