Religion and the State in the West

The role of religion in the political sphere is a matter of great moment in today's world. This course examined the historical evolution of the relationship between Church and State beginning in the Medieval World and moving into the Modern World, up to and including modern-day Christian fundamentalism. It began with the moment that the Roman Empire became an officially Christian empire and then looked at the evolving relationship of the papacy toward political power. By the thirteenth century the papacy had gone far toward becoming a papal monarchy over Christian Europe. Students then examined a variety of radical responses to a politicized papacy as well as the impact that the Protestant Reformation had on religious politics. Of particular interest are emerging ideas of the separation of Church and State and the novel concept of religious toleration. The last few weeks of the course focused on political writings from seventeenth and eighteenth-century Europe (most notably John Locke), the role of religion in the founding of the American Republic, and the political significance of Christian fundamentalism today. This class (HIST 333) was taught by Jo Ann Moran Cruz as a Doyle Seminar (small upper-level classes that foster deepened student learning about diversity and difference through research and dialogue). 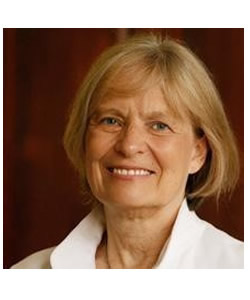